From Moscow to Vladivostok on regular trains

Any dates starting from May to October 2020 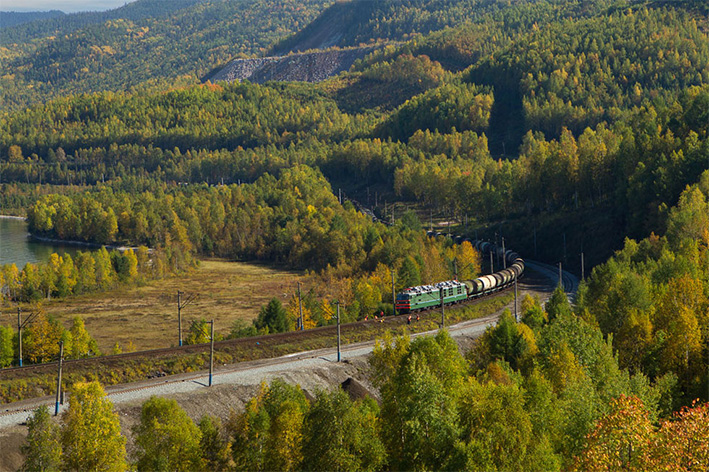 Leave Moscow for Yekaterinburg by either the 118 or the 56 train at 13:18 from Kazansky railway station. 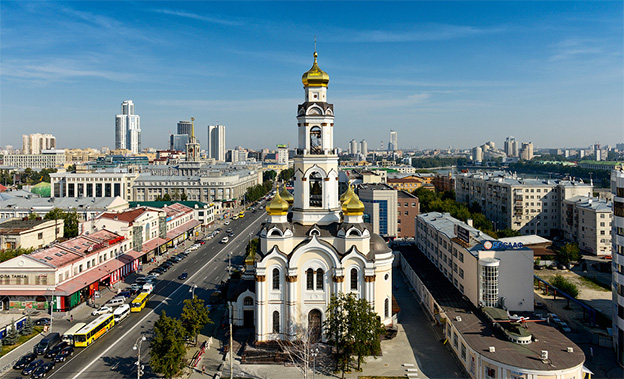 Cross the Ural mountains and arrive in Yekaterinburg at 18:03.

Pick-up from the station and transfer to the hotel. 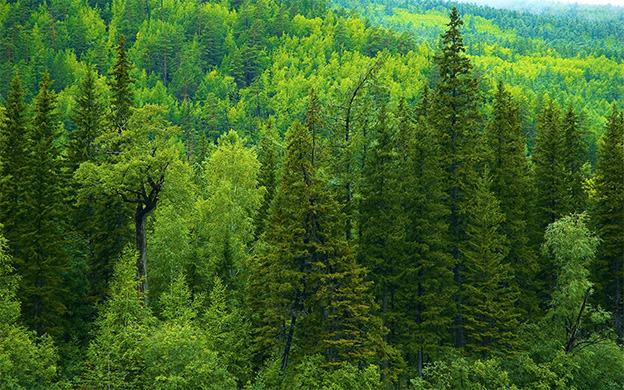 Start your city tour in the morning.

You will see a damb constructed in the 18th century on the city ponds, a fanciful mansion of the merchant Sevastyanov, take a stroll in the pedestrian zone in the centre of the city. The tour also includes a visit to the famous Church on Blood built on the place where the last Russian tsar’s family was executed.

Optional visit to the Mineralogy museum which boasts a fine collection of gems from the Ural mountains or to the museum Yeltsin Centre.
You will also visit the place of the border between Europe and Asia.

Transfer to the railway station and departure at 17:39 to Novosibirsk.

The landscape outside the window will mostly be marches and thin woodland. You will spend the night in the train.

4 Day
Arrive in Novosibirsk at 15.00.
Pick-up from the railway station, accommodation in the hotel.

During the excursion program you will see the streets in the centre of the city including Krasny Prospect. You will take a look at the city’s major historical and cultural buildings, such as the Opera theatre, the 100-flat building of the Stalin era — an architectural monument of federal significance, stone and wooden mansions of Siberian merchants built in the 19th-20th century.

Optional tour to Academgorodok or to the museum of the West-Siberian Railway which features a vast collection of trains and carriages of different time periods.

A nice opportunity to observe changes in the landscape: the real taiga comes to replace swampy woodland and copses of birch trees characteristic of the West Siberian region.

Arrive in Krasnoyarsk at 01:20 next day.

Pick-up from the station and accommodation in the hotel. 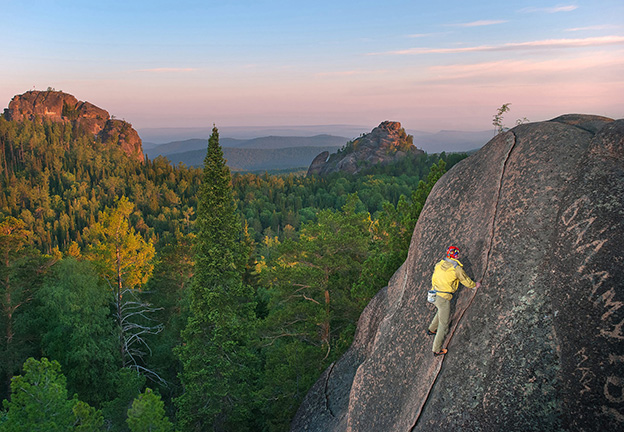 Spend this day in Krasnoyarsk.

City tour with a visit to the national park “Stolby” and a walk along the tourist route, visit to the Krasnoyarsk hydroelectric power station (outside view) and the observation deck “Tsar Fish” on the bank of the Yenisey river.

Day and night on the train. 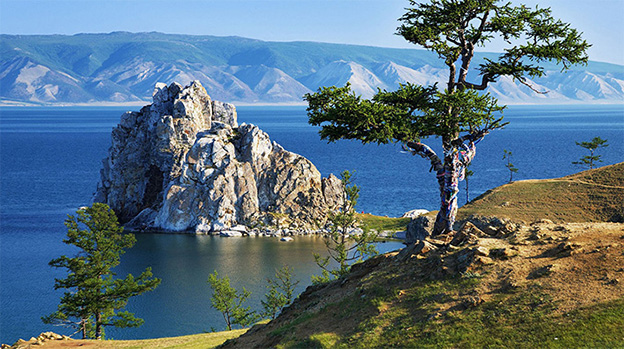 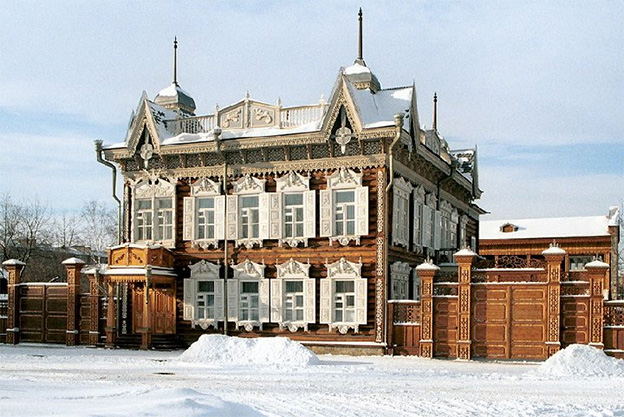 A short city tour with a walk along the Angara river and a visit to “the one-storey Irkutsk” — a district of wooden houses richly decorated with traditional wood carving patterns.

Transfer to the bank of Lake Baikal, to the small town Listvyanka, one of the oldest settlements on the banks of the lake.

Optional tours or free time. Make sure to taste smoked omul and grayling. 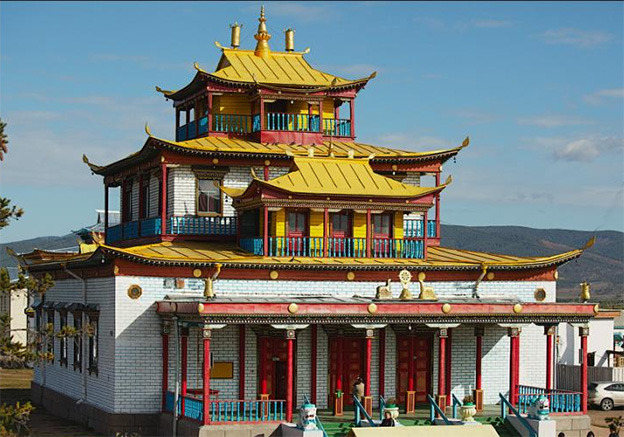 Visit to Ivolginsky dastan (a Buddhist monastery), centre of Russian Buddhism. Take a walk on the territory of the monastery and talk to the monks.

Return to the city and enjoy the city tour.

Pick-up from the station, breakfast.

Then we will leave the city to ascend one of the mountains surrounding Chita, picnic lunch at a picturesque venue.

Return to the city and transfer to the railway station.

Leave Chita for Blagoveshchensk by train at 18:00.

12 Day
The journey on the train will last the whole day, as the arrival in Blagoveshchensk is scheduled only for the next morning.
The train will pass the famous settlements of the Trans-Siberian Railway, such as Shilka, Erofey Pavlovich, Skovorodino and outside the window you will see only taiga.

13 Day
Arrive in Blagoveshchensk at 08:01, pick-up from the station and transfer to the hotel.

Late in the morning you will be taken on a city tour to see the city’s main sights: Triumphal Arch built to honor the arrival of the future tsar Nikolay Romanov in 1891 (the Arch was destroyed by the floods in 1928 and rebuilt in 2005 on its historical site), Lenin Square, Victory Square, the embankment of the Amur river — a favorite place for leisure activities among the townspeople.
You will also visit the observation deck to enjoy the panoramic view of the city.
You will be able to spot the Chinese Heihe, a large trading centre on the Amur river.

14 Day
Transfer to the railway station Belogorsk, departure for Vladivostok at 07:30.

One more day on the train.

“Here ends the Great Trans-Siberian Railway. The distance to Moscow is 9288 km”.

Program for half of the day in Vladivostok: city tour with a visit to the pedestrian zone, visit to one of the city’s forts, visit to Russky Island and tour of the buildings constructed for the APEC summit in 2012.

16 Day
Transfer to the airport to catch a flight to Moscow.