Expedition trip with a biologist guide to the extreme north-east of Russia at the junction of the Bering Strait and the Arctic Ocean.
Beautiful landscapes.
Observing the life of sea giants – walruses and whales, huge bird colonies.
Very high chances of seeing polar bears.
Acquaintance with the traditional way of life and the original culture of the inhabitants of the Arctic coast – sea hunters and tundra reindeer herders.

Meeting at the airport in Anadyr.

The first acquaintance with Chukotka will begin right now – when crossing the Anadyr estuary. The city is on one side of the bay, the airport is on the other. You will see the panorama of Anadyr from the water. In the estuary itself, you can often see beluga whales and seals entering from the sea. During the spawning of salmon, the water of the bay becomes crimson – so many chum salmon and pink salmon come here.

Accommodation in an apartment-type hotel.

Time for lunch in a city cafe (lunch is not included and shall be paid on spot).

You will visit the historical Aleksandra Spit, find out where the settlement Novo-Mariinsk began, later renamed Anadyr, get acquainted with this modern and attractive city. Visit the ancient Church of the Transfiguration of the Lord and the recently rebuilt new wooden temple, an interactive exhibition at the Heritage of Chukotka Museum Center. 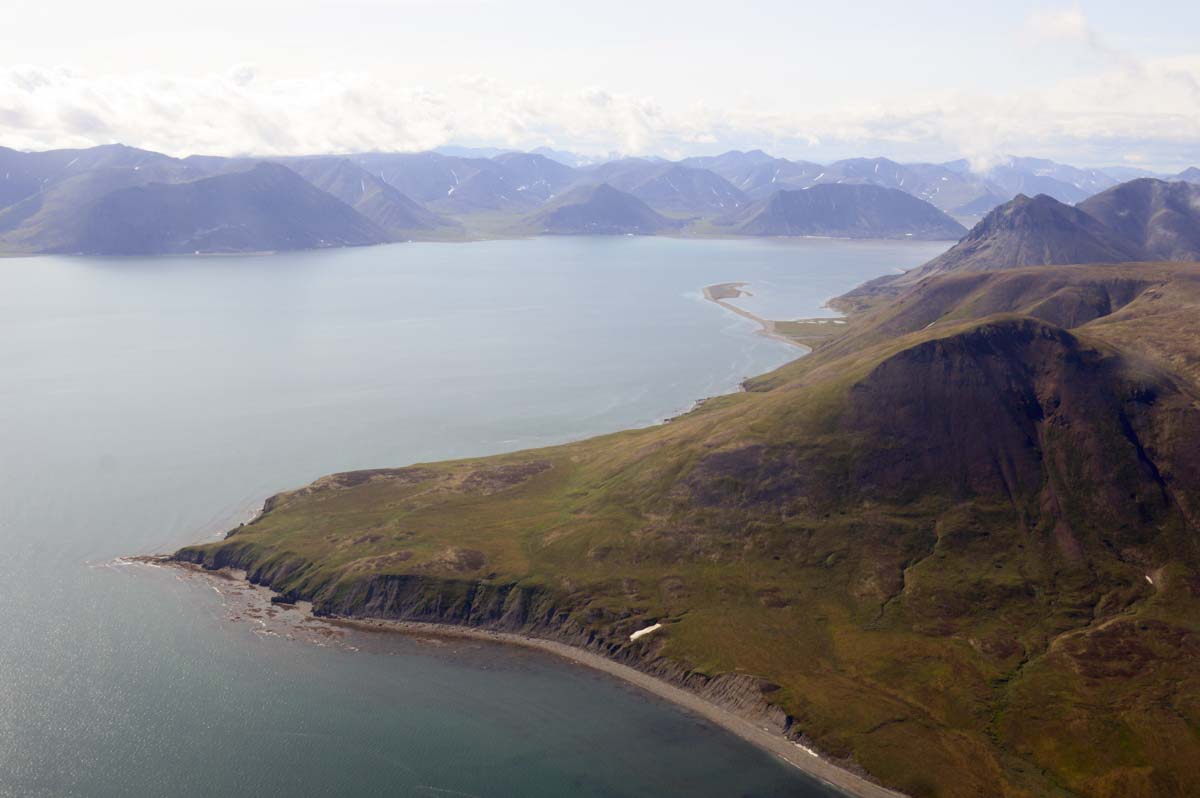 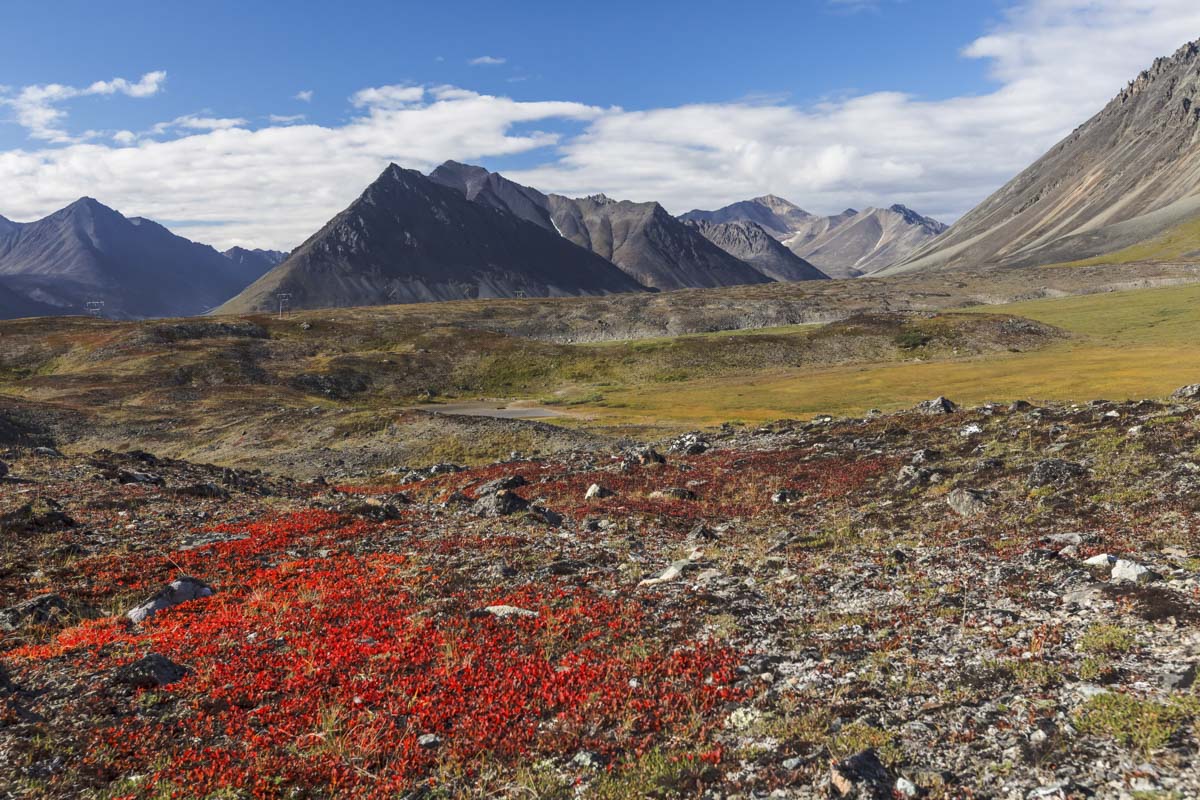 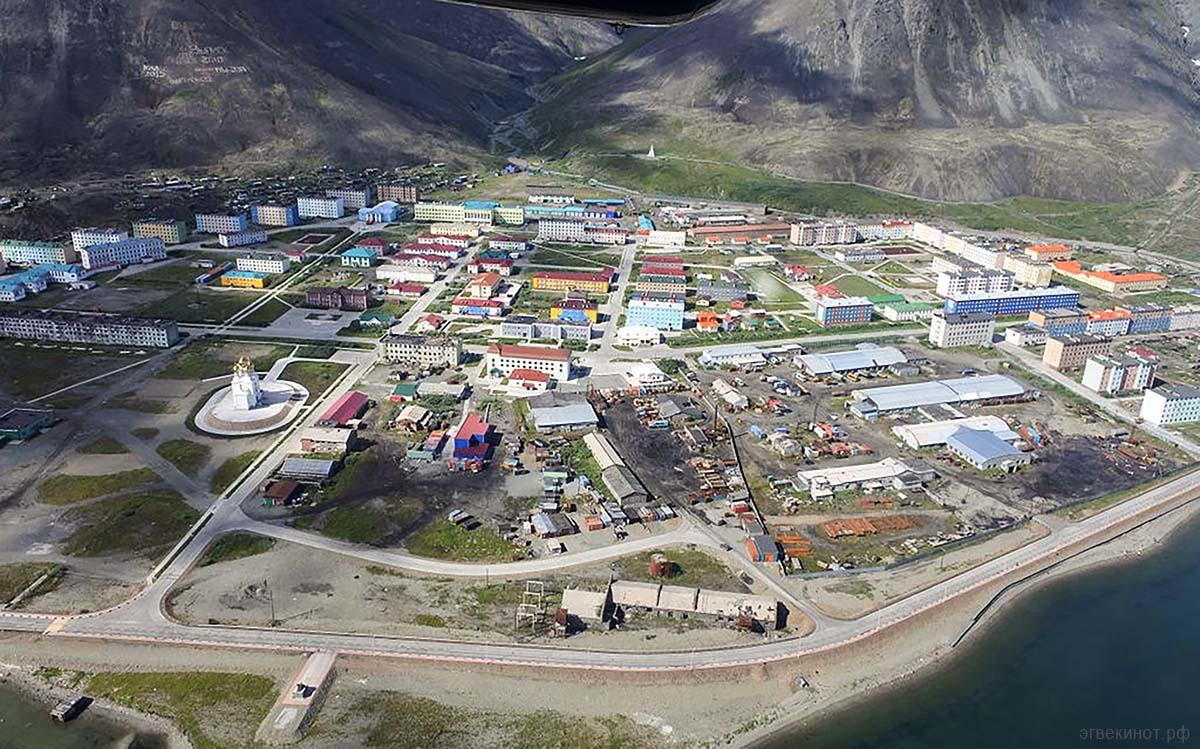 Flight to the village of Egvekinot by regional airlines.

Time for lunch in a city cafe (lunch not included and shall be paid on spot).

Excursion around the village with a visit to the local history museum.

The village of Egvekinot is located in the Gulf of the Cross, which was discovered by the famous navigator Vitus Bering. This is one of the most picturesque places in Chukotka: a cozy bay surrounded by high steep hills, which are covered with snow “patches” even in August. During a tour of the village, you will visit the local history museum, which many museums in large cities can envy: you will get acquainted with the most interesting exhibitions devoted to geology, mineralogy, ethnography, the culture of northern peoples, the history of the region from the time of Bering to the sad pages associated with the Gulag and the Great World War II. In the village, you will also meet with a bone carver and drive to the coast of the bay.

Check-in at an apartment-type hotel. 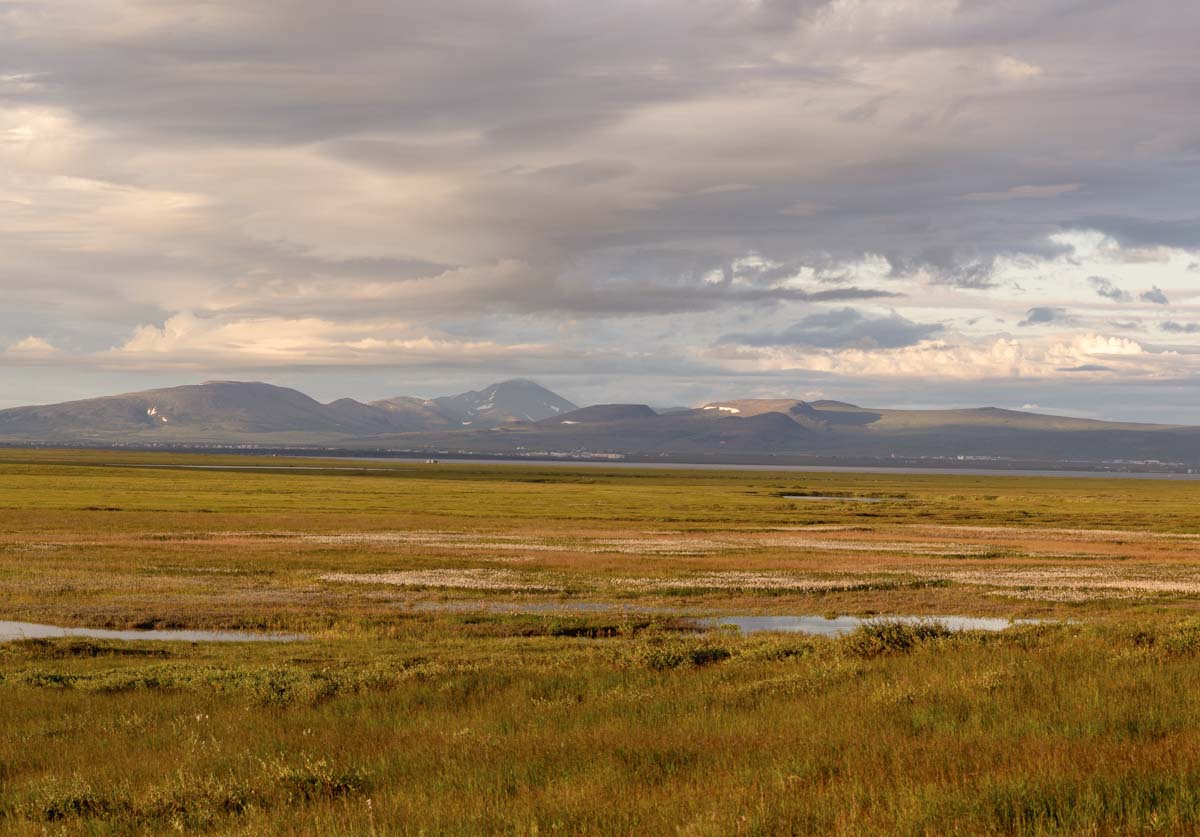 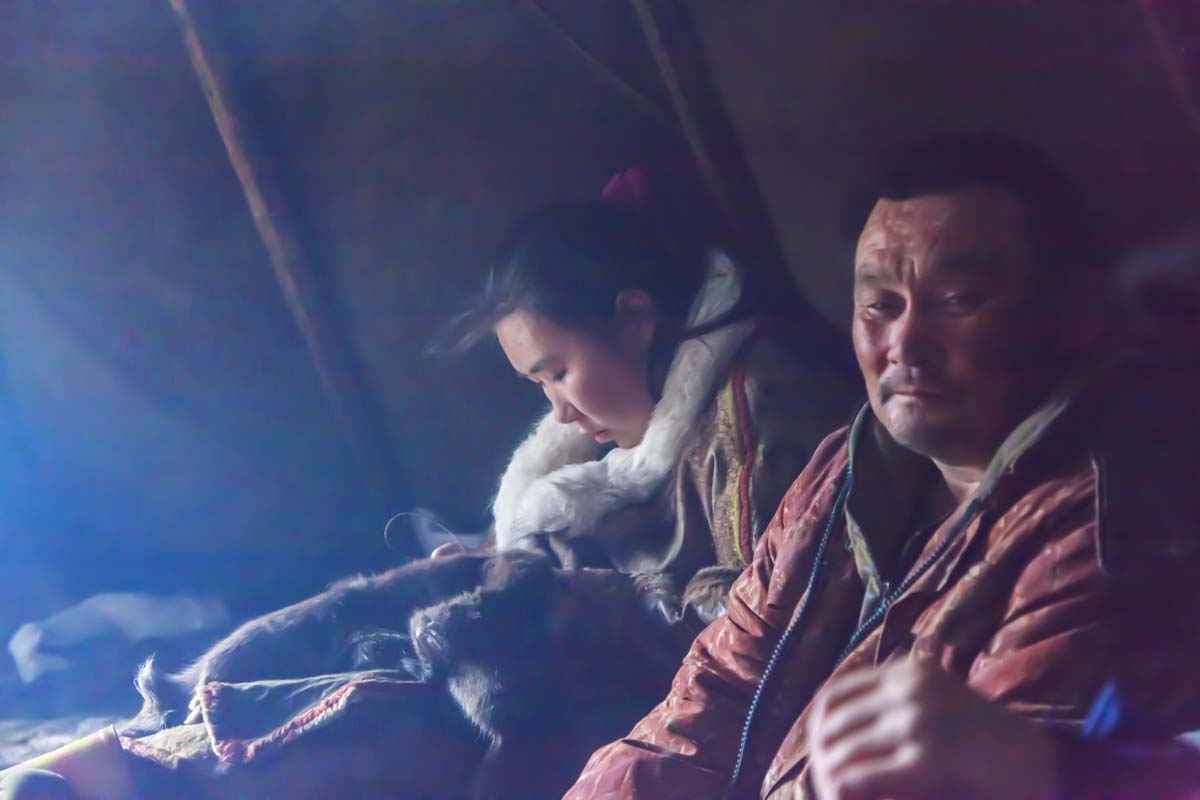 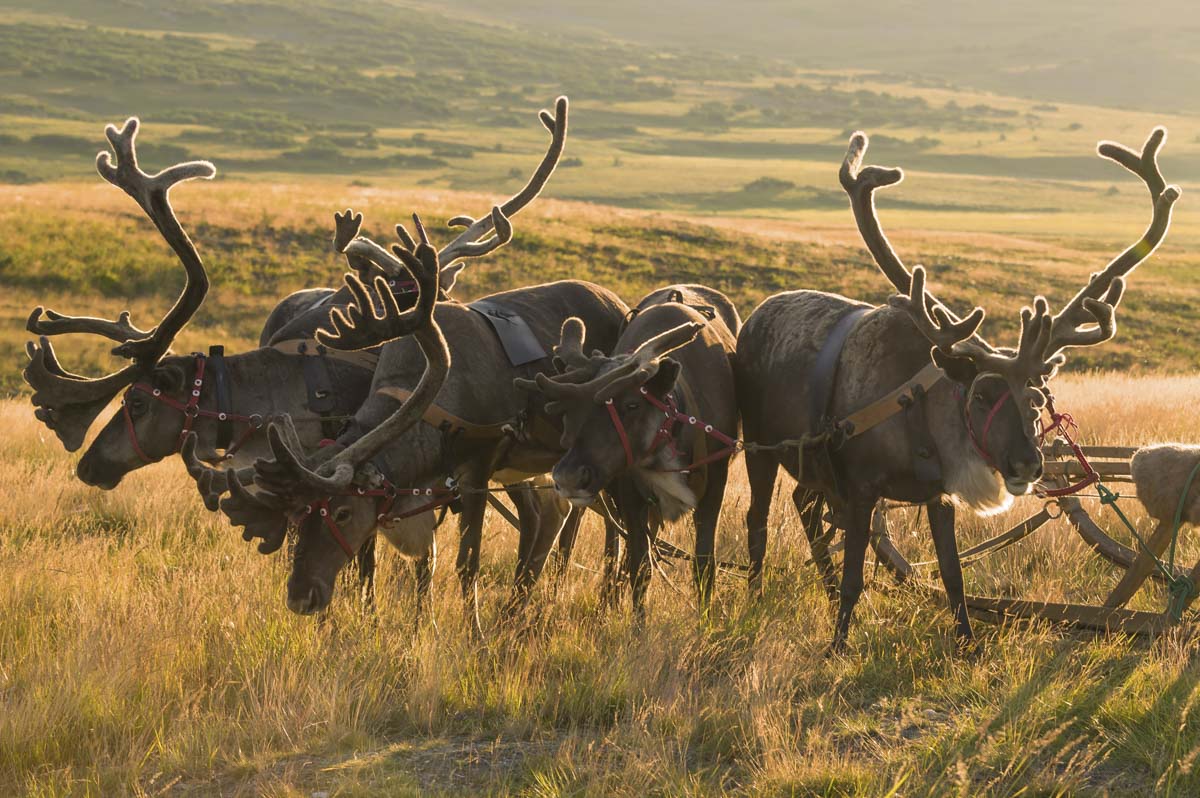 The uniqueness of the intersection of the Arctic Circle and the 180th meridian is that it is here that the geographic line of change of dates passes. Here are the conditional geographic line of division of the Eastern and Western hemispheres. Accordingly, on this line the hours and minutes coincide, and the calendar dates differ by one day – a step to the side, and you find yourself one day ahead!
Therefore, Chukotka is a place where the day begins and ends at the same time! It is at this place that you will be initiated into polar explorers.

Transfer to the village of Amguem.

Acquaintance with the village and the traditions of the Chukchi reindeer herders.

Amguem is the central estate of the reindeer husbandry of the same name. The village got its name from the river on the banks of which it is located – one of the largest in Chukotka. Here you will hear stories about the traditions, culture, life of reindeer breeders. Also, you will get acquainted with the national cuisine of the inhabitants of these places. Transfer by all-terrain vehicle to the tundra to the place of the nomadic reindeer herding brigade It was the Amguem group of Chukchi that to the greatest extent preserved the traditional way of life. Their nomadic dwelling – yaranga – has the shape of a tent and is a light wooden frame covered with reindeer skins. Due to the constant migrations, yarangas are often harvested and disassembled. The work of a reindeer breeder remains very hard to this day. Just like hundreds of years ago, tundra reindeer herders make 3-4 migrations per winter.

Overnight at the tent camp.

Lunch and dinner are included as part of the field kitchen.

Transfer by all-terrain vehicle (off-road vehicle) for the whole day to the coast of the Arctic Ocean.

Arrival in the evening to the village of Vankarem. 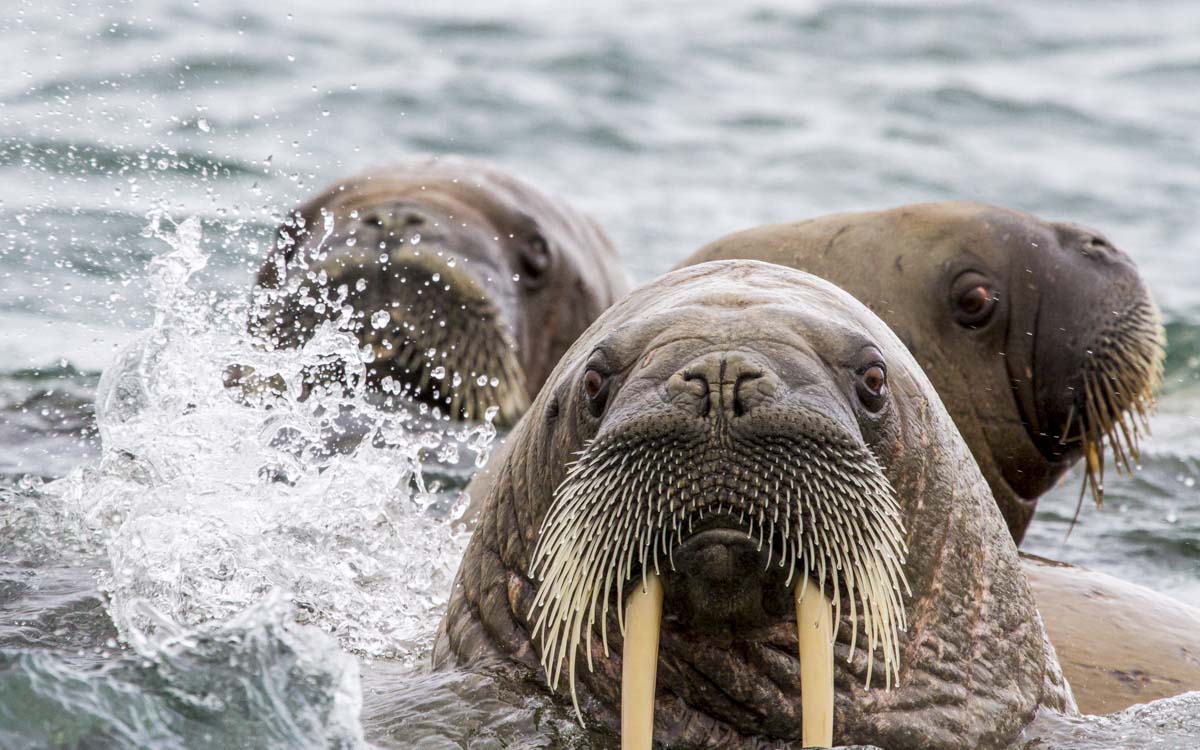 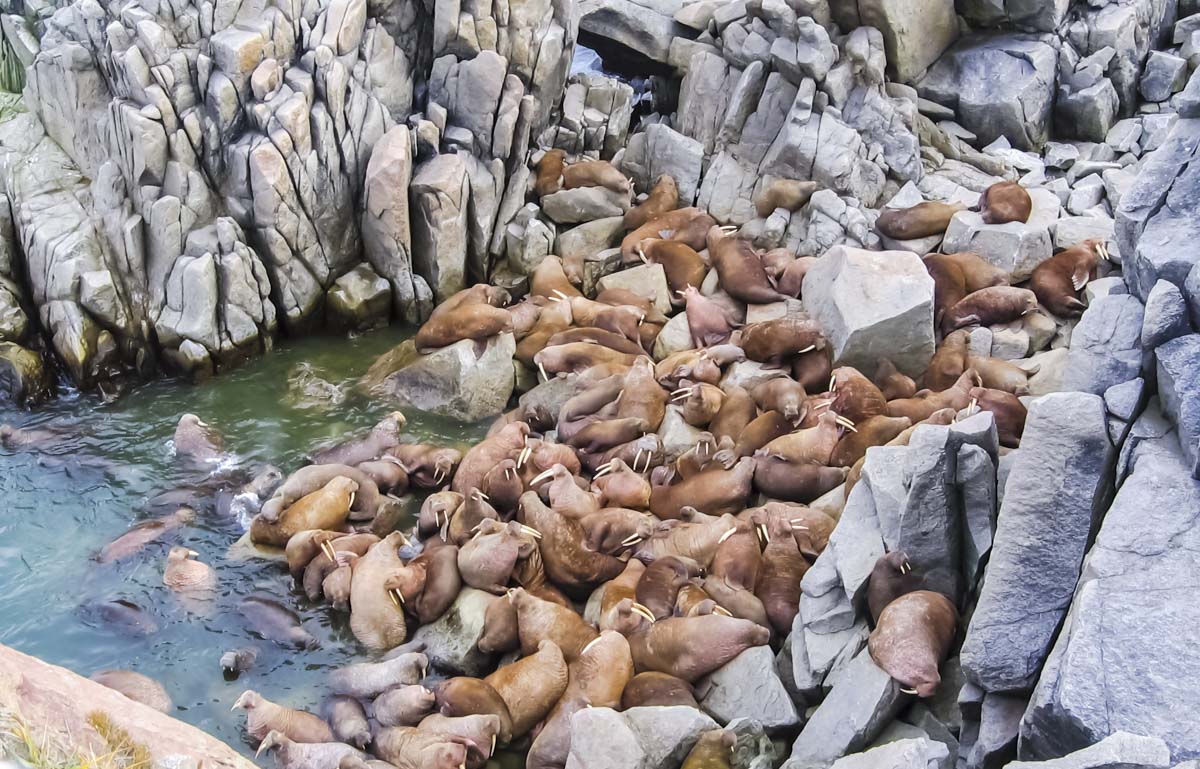 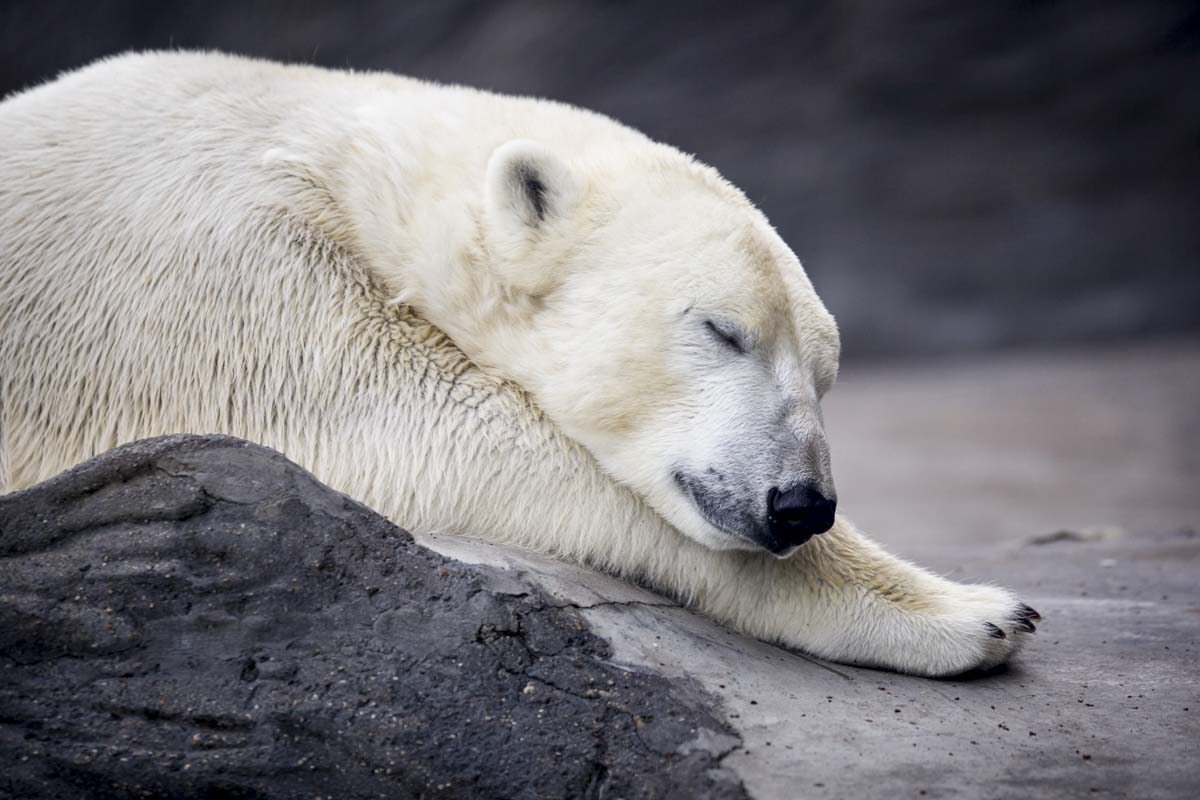 These days of the expedition are provided for exploring the surroundings with. Vankarem and observation of walruses and polar bears.

In 1934 there was a base for Soviet pilots who rescued members of the expedition on the Chelyuskin steamer. The people who had been taken out of the ice after the Chelyuskin crashed were waiting to be sent to the mainland in this very village. In gratitude for the shelter O.Yu. Schmidt built a school for the children of Vankarem. Now about 200 people live in the village, the vast majority of them are indigenous. The main occupation is marine animal hunting.
Traditional dog sleds are still used here as the most reliable form of winter transport, including for hunting seals in the ice. The Chukotka sled has excellent physical qualities: unpretentiousness to the conditions of detention, exceptional endurance and working capacity, excellent instinct that allows you to find your way in the most difficult conditions, and a fast steady trot.
In August, a large rookery of Pacific walruses is formed directly near the village, which local residents protect in every possible way. In some years, the number of animals exceeds 30 thousand! The edge of the rookery is sometimes located a couple of hundred meters from residential buildings, and people observe walruses right from their windows.
And since there are walruses, then polar bears are not far away: these “owners of Chukotka” often come here. Sometimes residents of the village even have to forcefully expel such guests. During these days, you will walk around Cape Vankarem, the extreme point of which is 3 km from the village, and take motorboat trips along the lagoon. You will watch birds (Siberian eiders, various sandpipers, snow buntings, wheats), long-tailed ground squirrels - euraska, rookeries of large seals (bearded seal and larga). It is quite possible that you will see whales launching fountains among the ice floes.

Also, you will have a trip by motor boats to Kolyuchin Island (for two days, depending on weather conditions), overnight in the gullies – huts of local hypericum.

Kolyuchin Island is a small pearl, a standard of the Chukchi Sea nature. It is home to one of the largest seabird colonies in the eastern Arctic. The most numerous are the gull – kittiwake or govorushka, thick-billed and thin-billed guillemots. Also on display are the Ipatka, Arctic and Pacific Guillemots, Ax, Bering Cormorant and the largest Arctic Gull – the Burgomaster. The unthinkable cacophony of the “bird colony” on the island at first deafens, but after a few minutes the observer is immersed in the atmosphere of unity with the Arctic nature, and the bustle and hubbub of birds create the necessary audiovisual accompaniment.
Near Kolyuchin Island, you can see flocks of phalaropes, common eiders, comb eiders, gem and long-tailed ducks, migratory Siberian eiders, geese and white geese. Huge flocks of fine-billed petrels sometimes appear. On Kolyuchino, a pair of peregrine falcons breeds offspring; gyrfalcon flights have been recorded.
This is a real paradise for marine mammals. The ringed seal is common and is hunted by local St. John's wort, bearded seal and seal. Whales are constantly seen: minke whales, humpback whales, gray whales (in some years, up to 80 fountains can be observed from the island at a time). Killer whales appear regularly. Kolyuchin Island is also famous for its walrus rookeries. They have long served as one of the most important hunting grounds for the indigenous people of the northern coast of Chukotka.
When conditions are favorable, walruses crawl out right next to the girder houses on the south side of the island. So they crushed more than one house. The real ruler of these places is the largest predator of the planet, the polar bear. Usually, after the breakdown of the ice, several individuals constantly live here. Kolyuchin is also famous for its high concentration of dens, partly comparable to the recognized “maternity hospital” of polar bears – Wrangel Island.

Transfer by an all-terrain vehicle from Vankarem to Amguema, then transfer by all-wheel drive bus “vakhtovka” to the village of Egvekinot.

Intermediate overnight in a tent camp on a way.

Check-in at an apartment-type hotel. 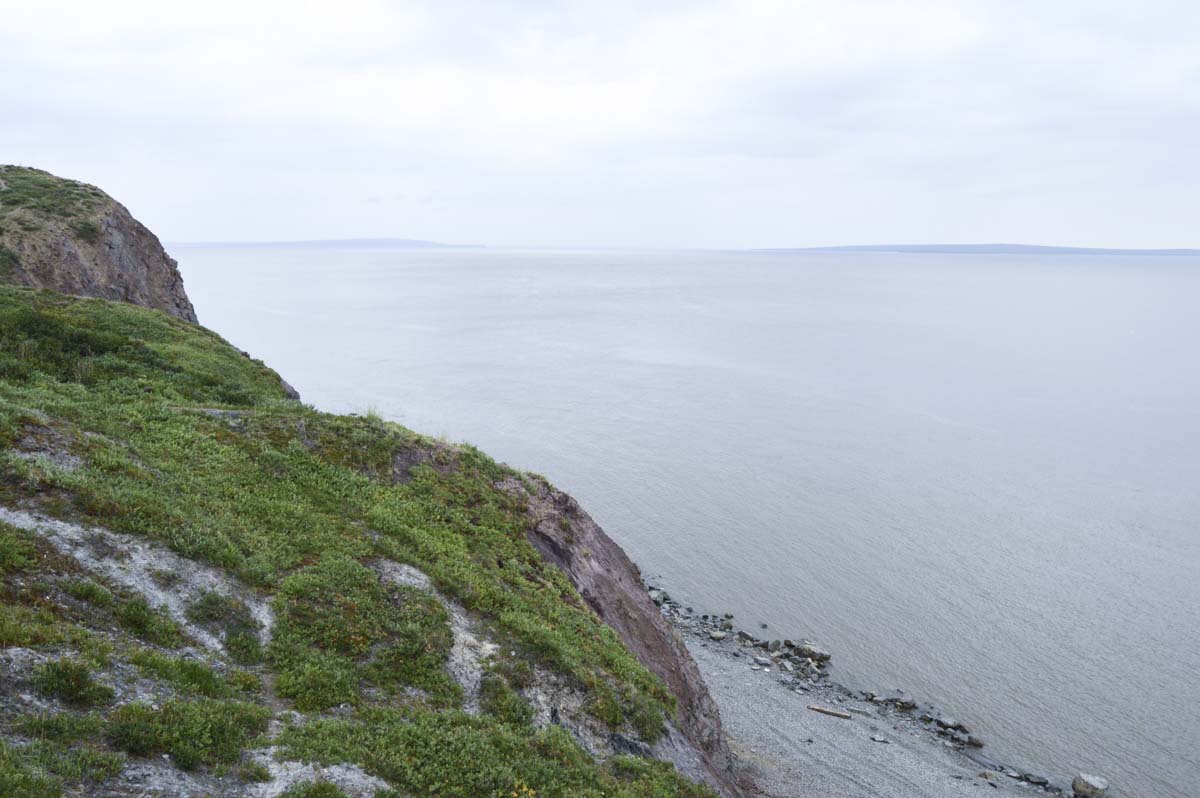 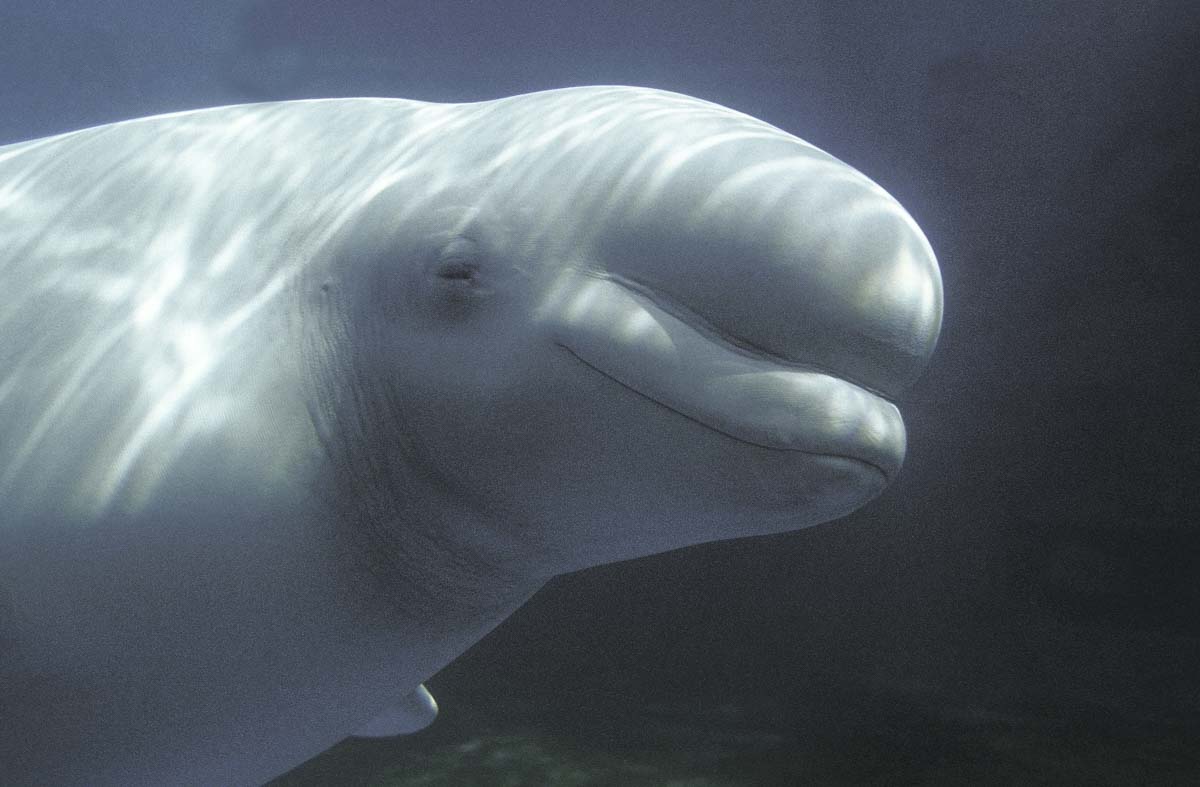 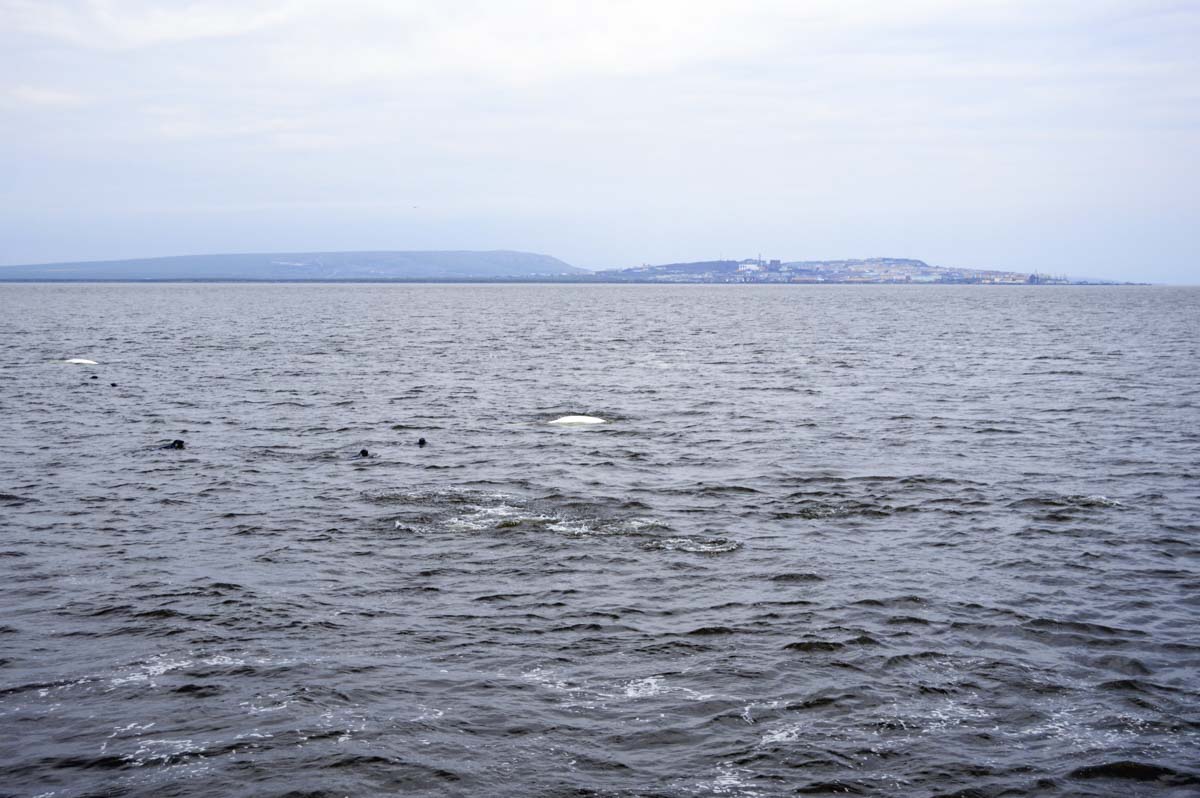 Transfer to the airport. Flight to Anadyr.

Transfer to an apartment-type hotel in the village of Coal Mines.

Lunch time (lunch not included and shall be paid on spot).

NOTE! The weather conditions in Chukotka are very unstable. Sometimes, in bad weather, local flights may be delayed from several hours to several days. In this regard, we recommend purchasing air tickets at fares that allow you to change the date of return flight with a small surcharge (tariff plan “Optimum” or “Premium” from UTair).