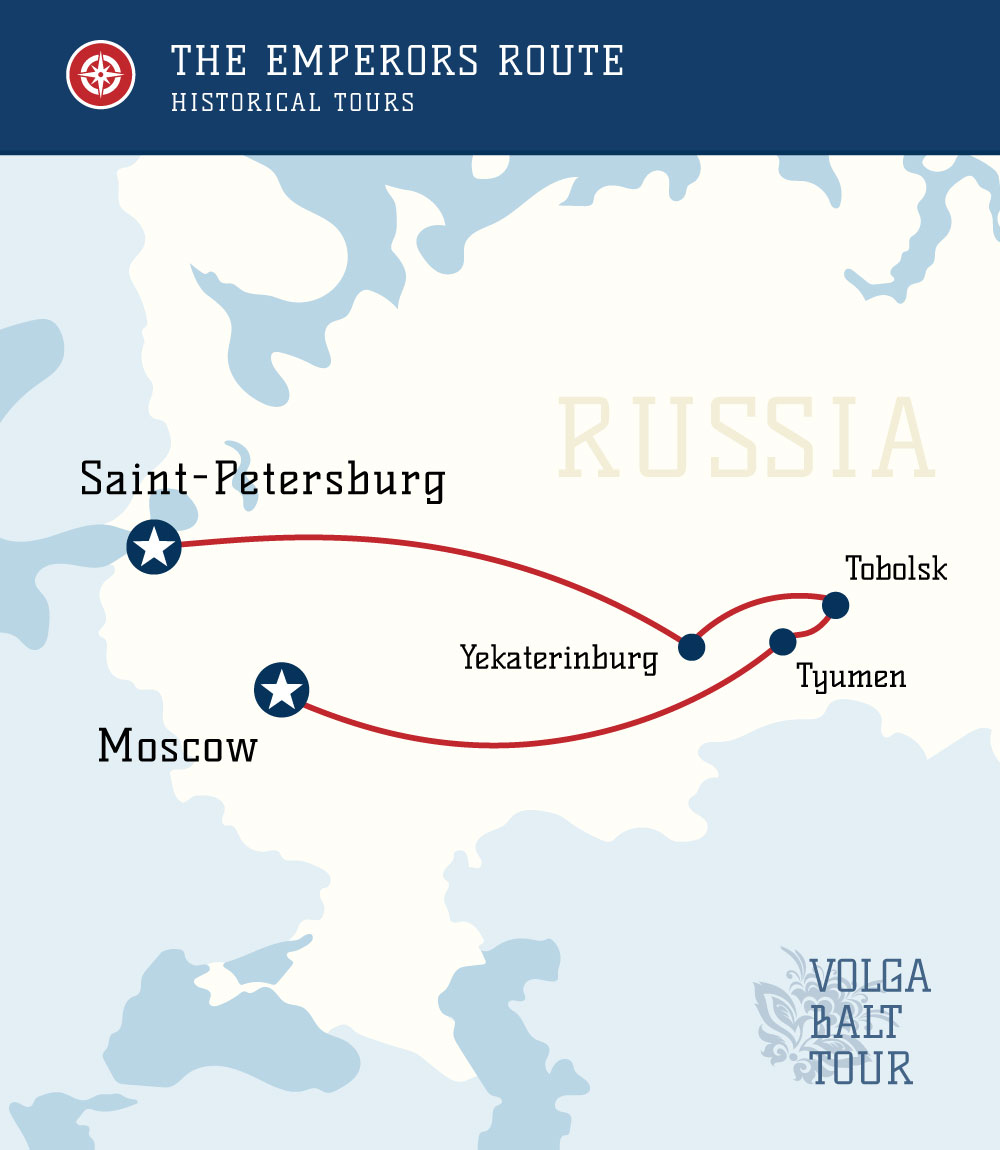 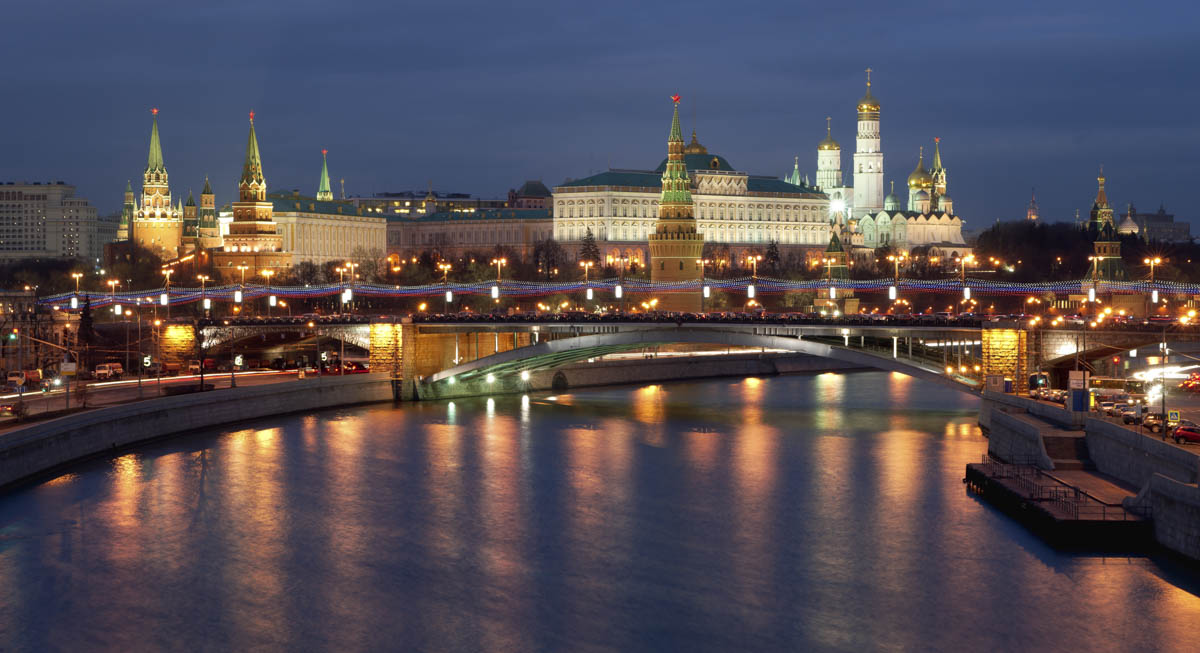 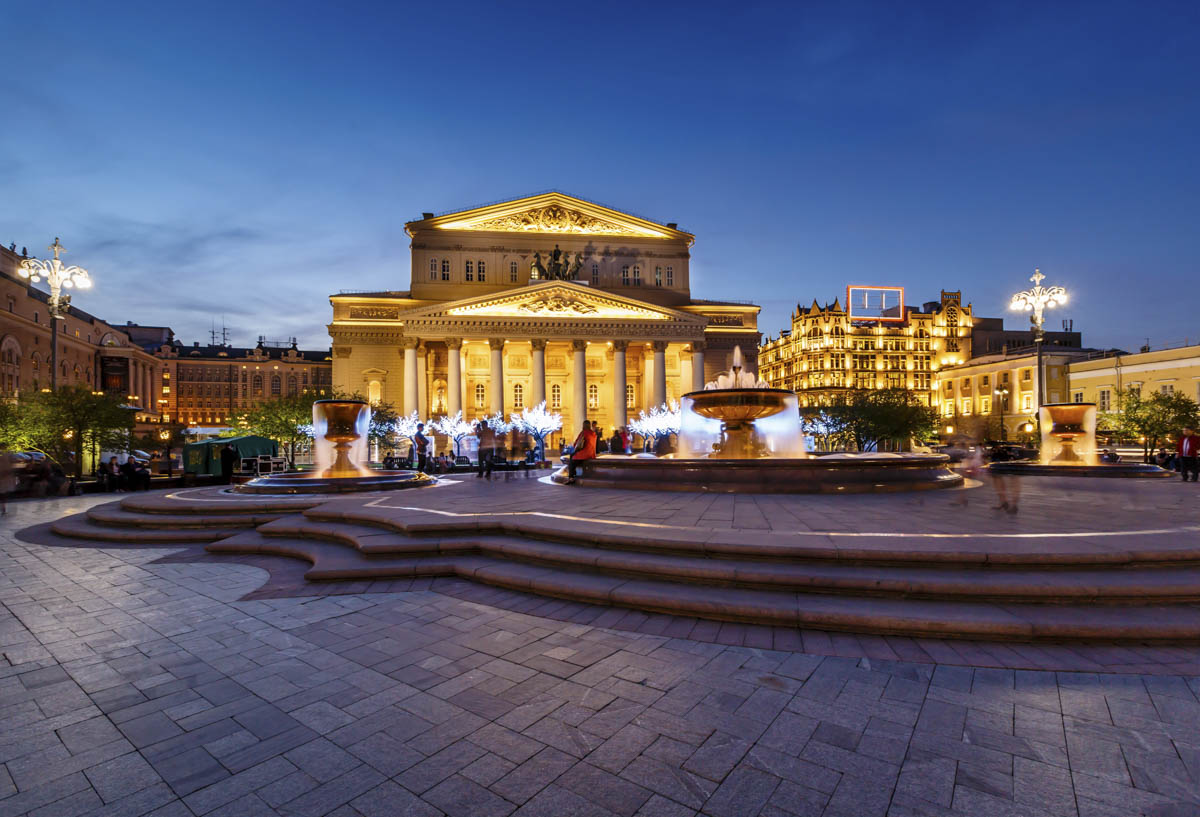 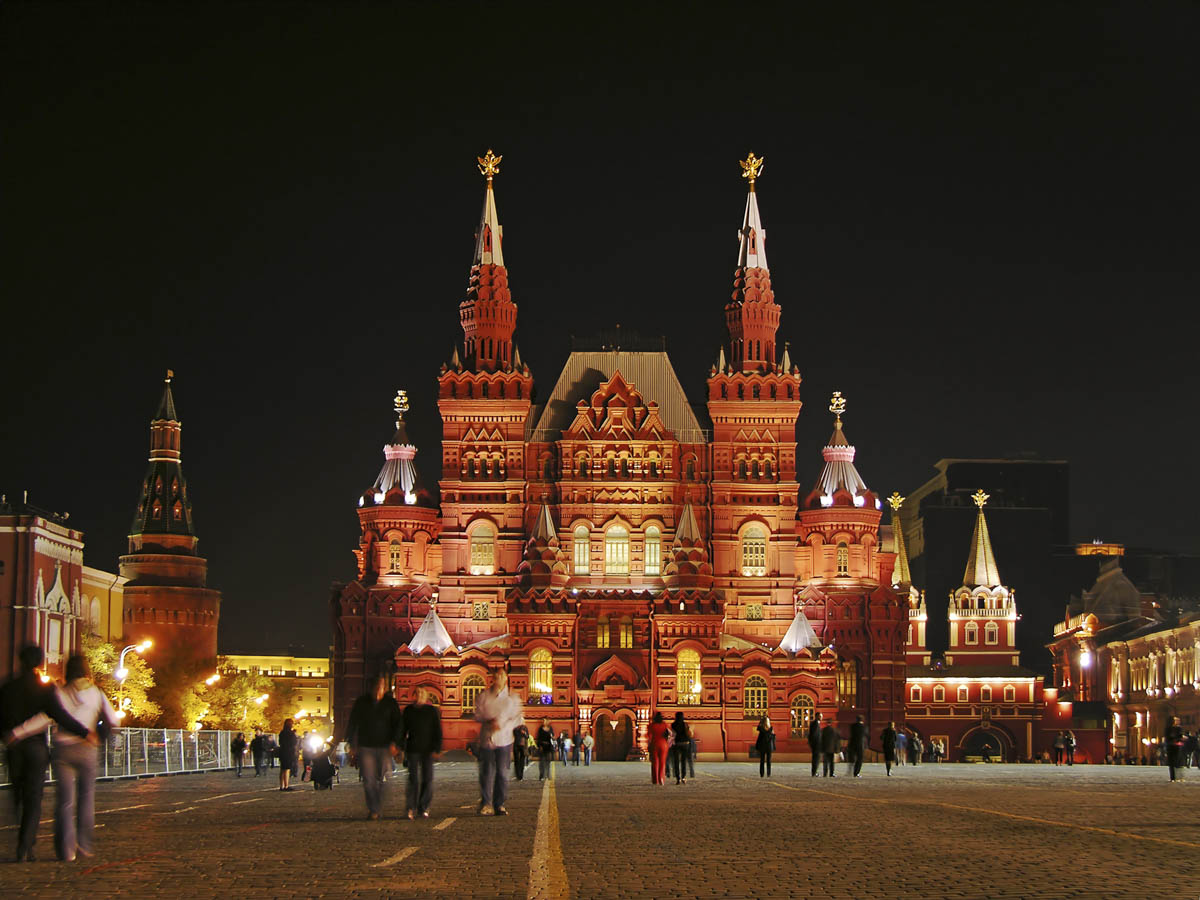 Meet your guide in the airport. Transfer to the hotel.

You will see Manezhnaya Square with an underground shopping mall beneath it, the golden domes of the Cathedral of Christ the Saviour, the Novodevichy Convent occupying a picturesque spot in the curve of the Moskva river, the high-rises of the post-war era one of which houses the Moscow State University on the Sparrow Hills where you can enjoy a breathtaking panorama of the city. 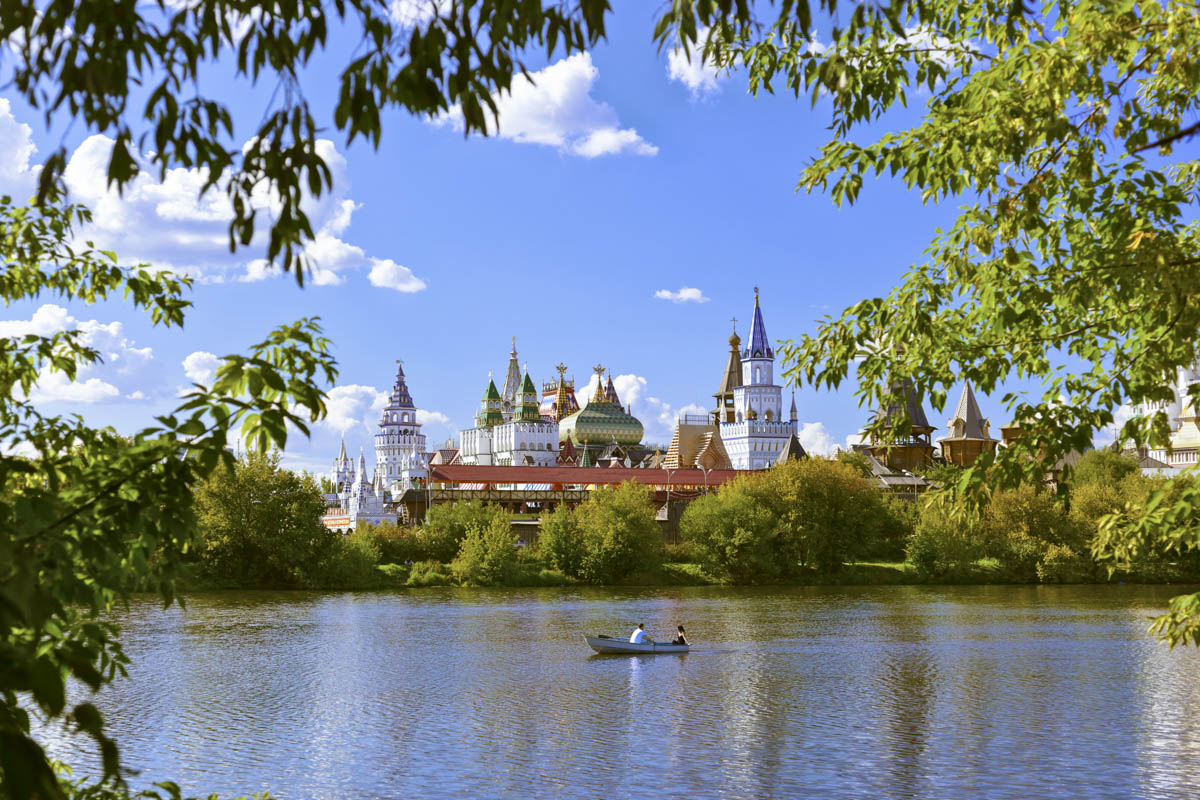 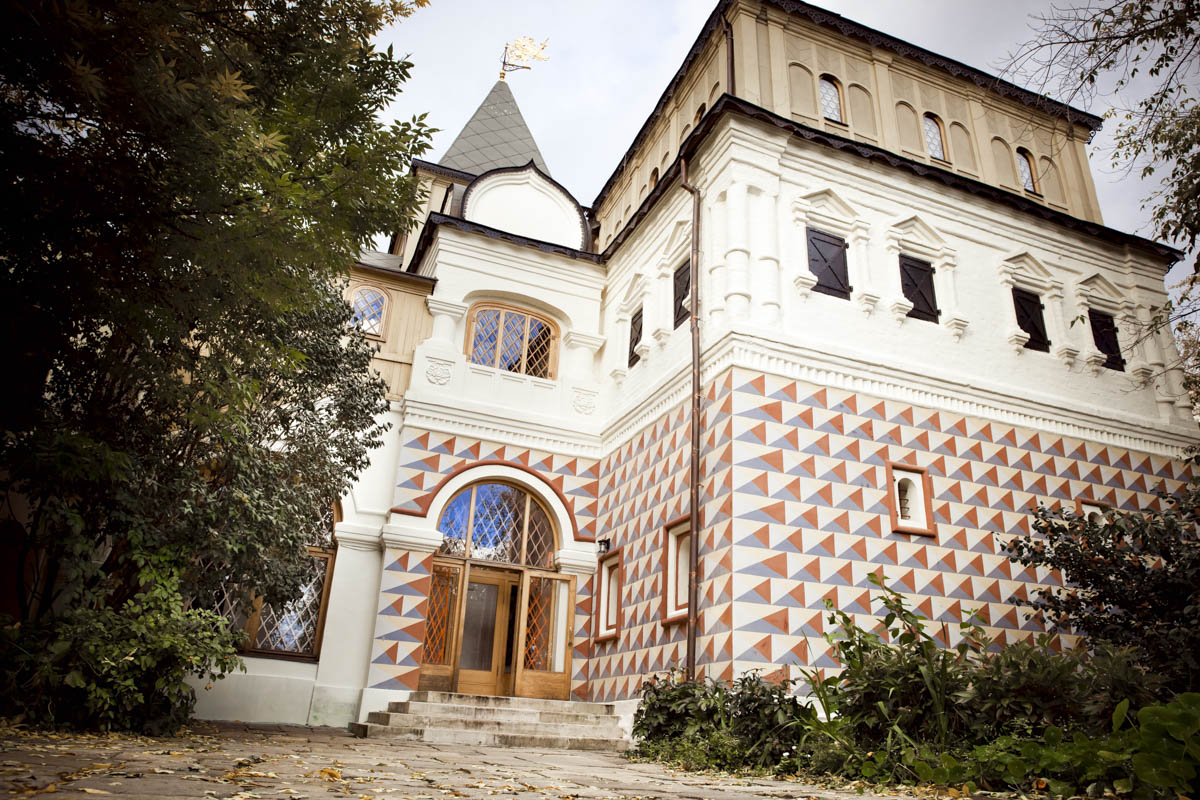 Breakfast in the hotel.
Meet the guide in the hotel lobby.
Bus city tour “Moscow at the time of the Romanovs”.

During the tour the guide will tell you about the historical period when Russia was governed by tsars Mikhail Feodorovich, Alexey Mikhailovich, Fyodor Alexeevich, Sofia Alexeevna, Peter Alexeevich and Ivan Alexeevich. The itinerary will take you through Sukharevskaya Square to Varvarka Street, where the Romanovs’ chambers are situated; then you will reach Red Square to see the spot where young Mikhail, the first of the Romanov dynasty to succeed to the throne, was waiting to meet his father Patriarch Filaret, who had been held captive by the Poles and then liberated, you will also see Devichye Pole, a historical site where Tsar Alexey Mikhailovich used to watch his troops parade.

Lunch in the city.
A visit to Izmaylovo and the family tomb of the Romanovs in the Novospassky Monastery.
Dinner in the hotel. 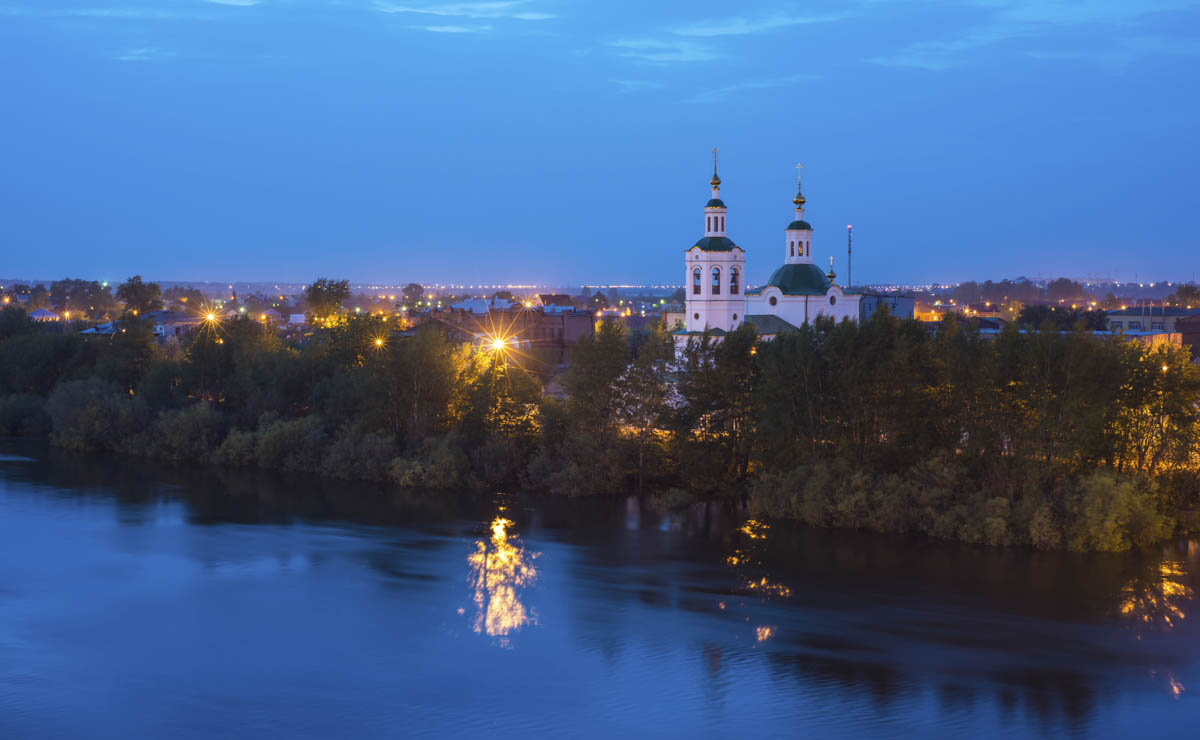 During their 300-year rule the country went through large-scale events such as the assimilation of Siberia and the Far East, the unification of Russia and the Ukraine, the foundation of the new capital city St Petersburg, the victory over Napoleon, the absorption of southern territories, the abolition of serfdom, the upsurge in the cultural, scientific and industrial development of the country.

Lunch in the city.
Transfer to the airport. Flight to Tyumen (economy class about 4 hours).
Check in to the hotel in Tuymen.
Dinner in the hotel. 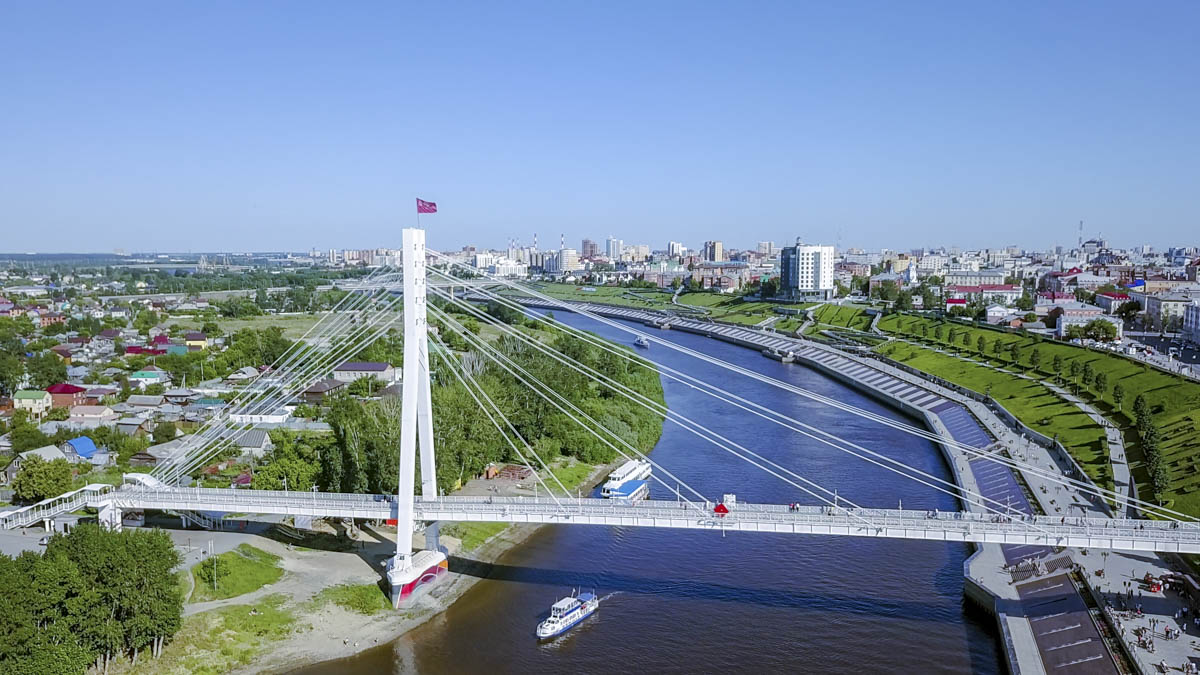 Breakfast in the hotel.
Meet the guide in the hotel lobby.
City tour “Tyumen — gates to Siberia”.

The Tyumensky region is one of the country’s most interesting ones, with a very rich history in the past and a very progressive development in the present. The region is called “Gates to Siberia” which, when opened, welcome you to the bigger part of our country, mysterious, boundless, mesmerizing. Its rich history, its merchants’ spirit and warm hospitality which Siberia is so well-known for, will leave an unforgettable impression.

Lunch in the city.
Tour “The History of the Romanovs in Tyumen”.

Siberia keeps intact the shadows of the past: from memories of its conqueror Yermak to the landmarks connected with the Romanovs, who visited this region more than once. 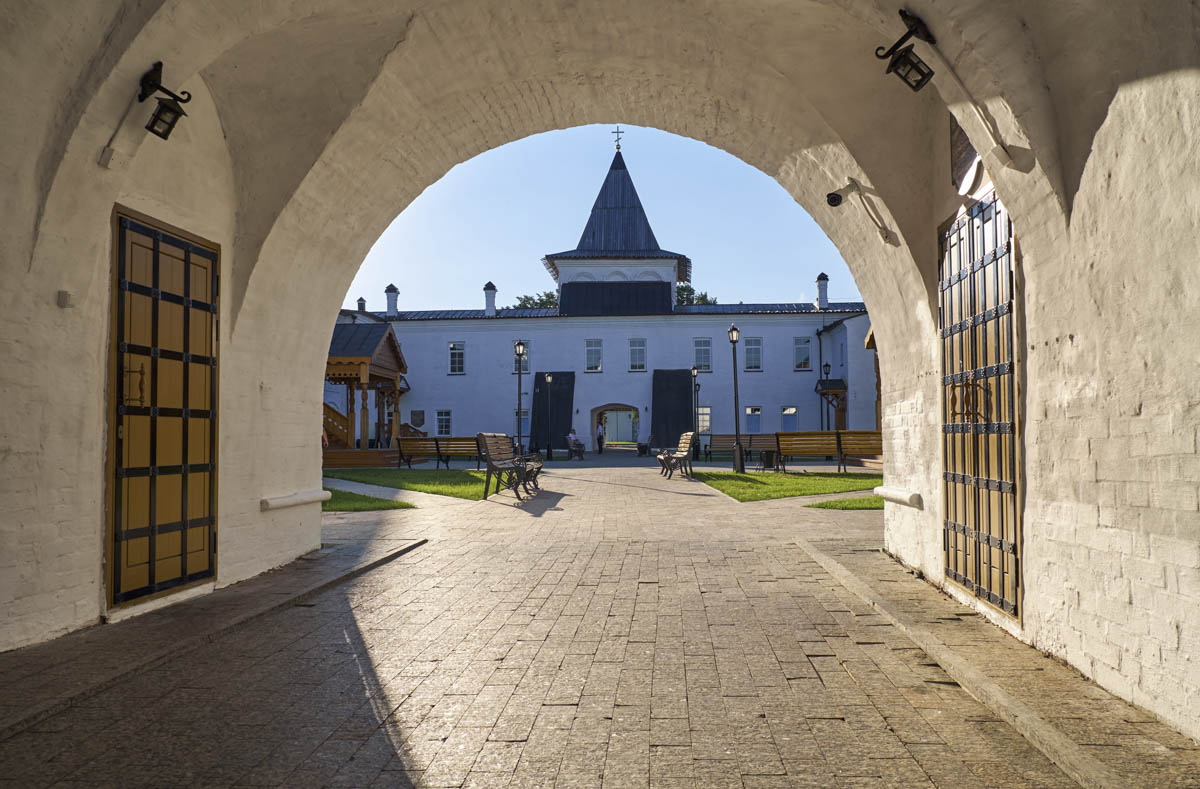 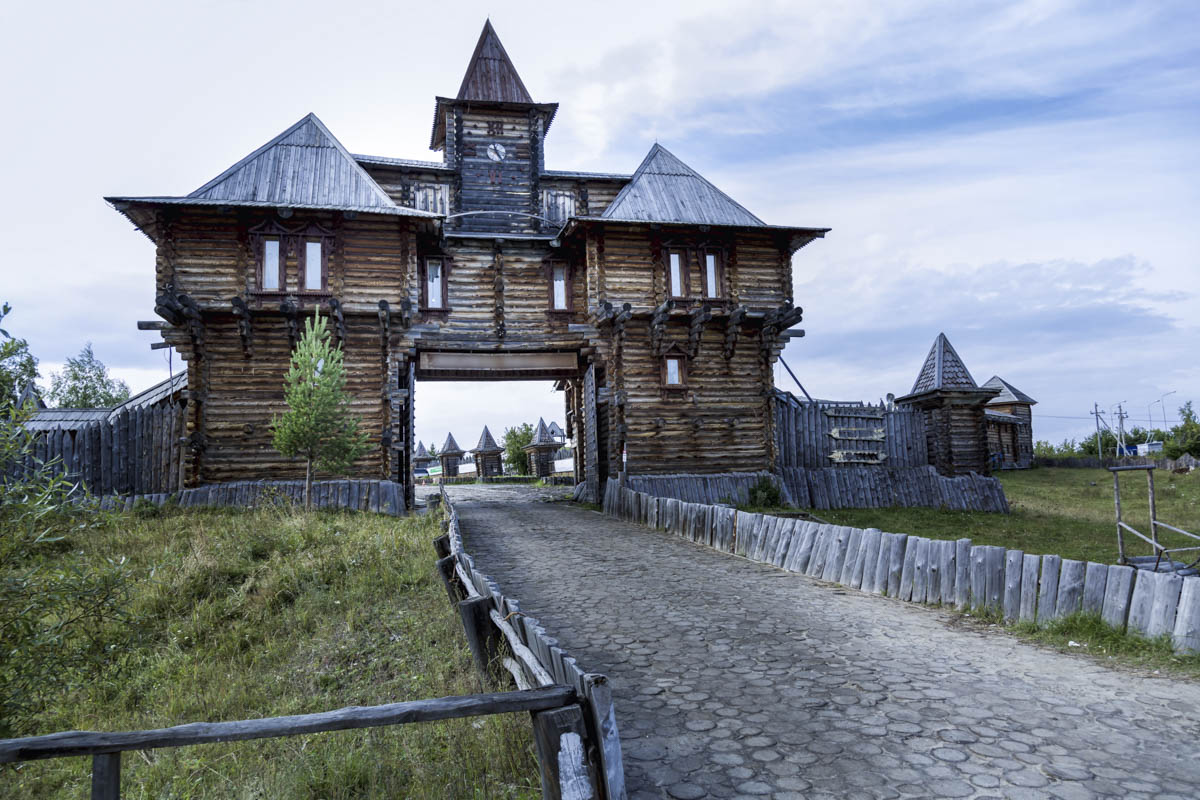 Breakfast in the hotel. Check-out of the hotel.
Meet your guide in the hotel lobby.
Transfer to the village Pokrovskoye. Visit to the house-museum of Grigory Rasputin.

This place is another point on the Emperor’s route. This is where Grigory Rasputin was born. His prediction about the tsar’s family seeing his home village before their death came true.

Lunch in the village of Abalak.
Transfer to Tobolsk.

Tobolsk is situated on the high Troitsky (Trinity) cape at the confluence of the rivers Tobol and Irtysh. The history of Tobolsk is closely connected with the Emperor’s family.

Your tour of Tobolsk starts with a visit to the museum “The governor’s house”, where the Emperor’s family lived from August 1917 till April 1918.
Free time.
Dinner in the city.
Transfer to the railway station. Departure for Yekaterinburg (the ride will take 10 hours). Second class 4berths compartment. 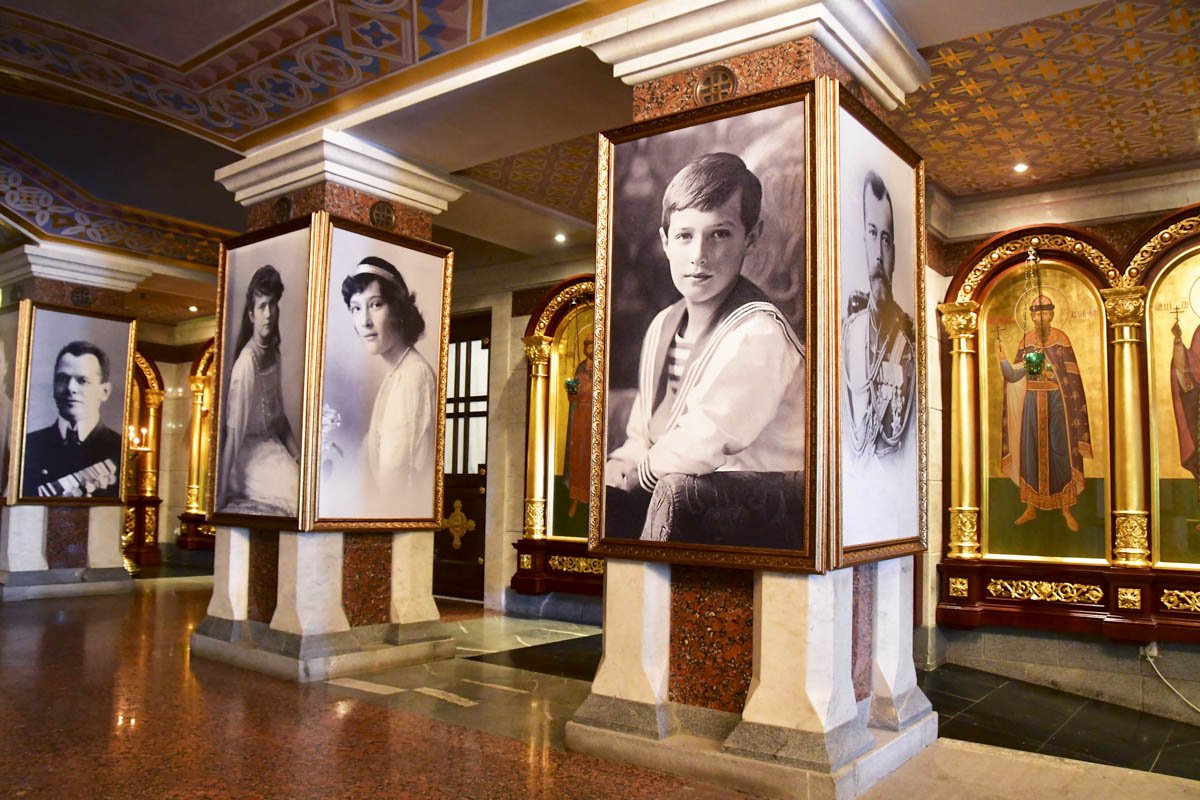 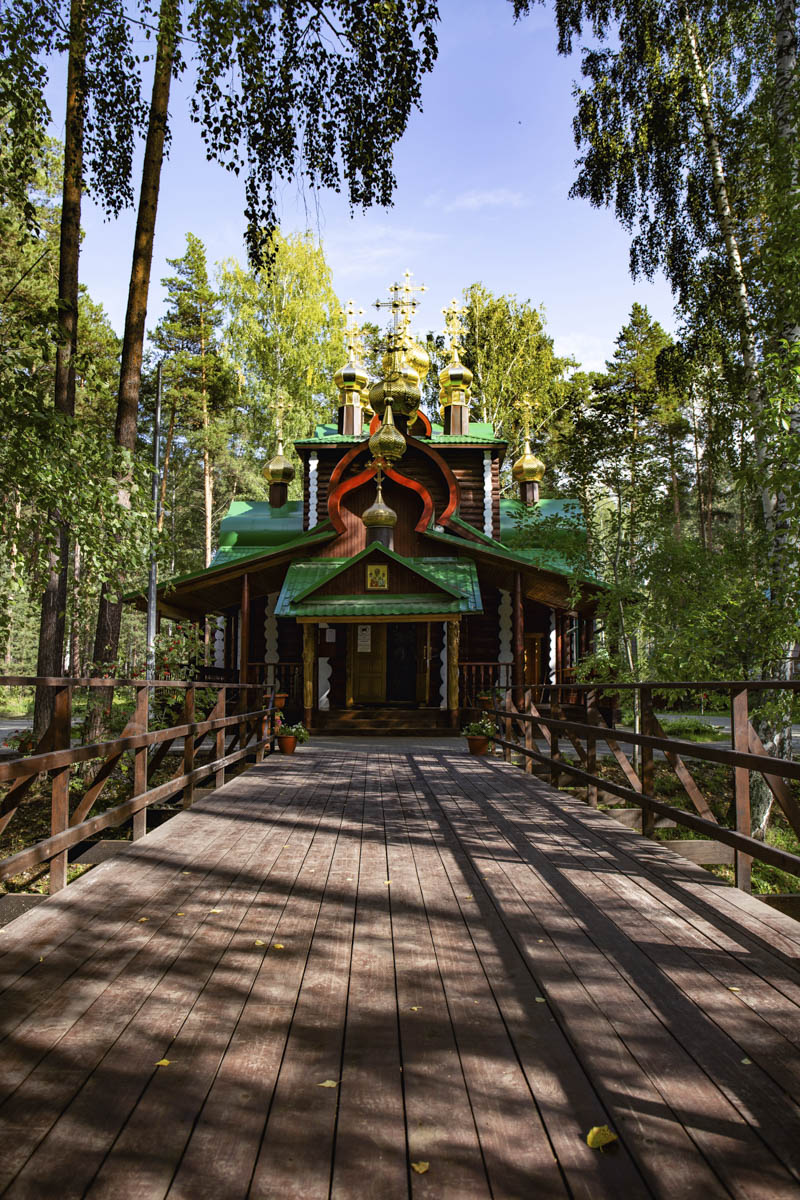 Arrive in the city of Yekaterinburg.
Breakfast in the city.
Bus city tour.

During the tour of Yekaterinburg you will see the historical centre of the city — 1905 Square and October Square with the building of the City Duma and the Oblast Government; you will also visit Voznesenskaya Gorka, a historical place in Yekaterinburg adorned by one of the city’s most beautiful buildings — a palace which belonged to the family of merchants the Rastorguyev-Kharitonovs. Then you will proceed to the Church on Blood, which was erected on the place of the notorious Ipatiev house where the Emperor and his family had spent the last days of their lives.

Check-in at the hotel.
Lunch in the city.
Excursion program in the History Museum.

You will visit the hall dedicated to the Romanovs, where the guide will tell you about the history of the Romanov dynasty on the Russian throne, about the state in which the country found itself during the rule of the last Emperor, and about those tragic events which took place on July 17, 1918.

Depart for the site Ganina Yama.

The remains of the Emperor and his family members were brought here. In 2000 the Russian Orthodox Church canonized Nikolay and it was decided afterwards to found a monastery at Ganina Yama to honor all holy royal martyrs. The number of churches in the monastery is 7 to equal the number of people in the Emperor’s family. 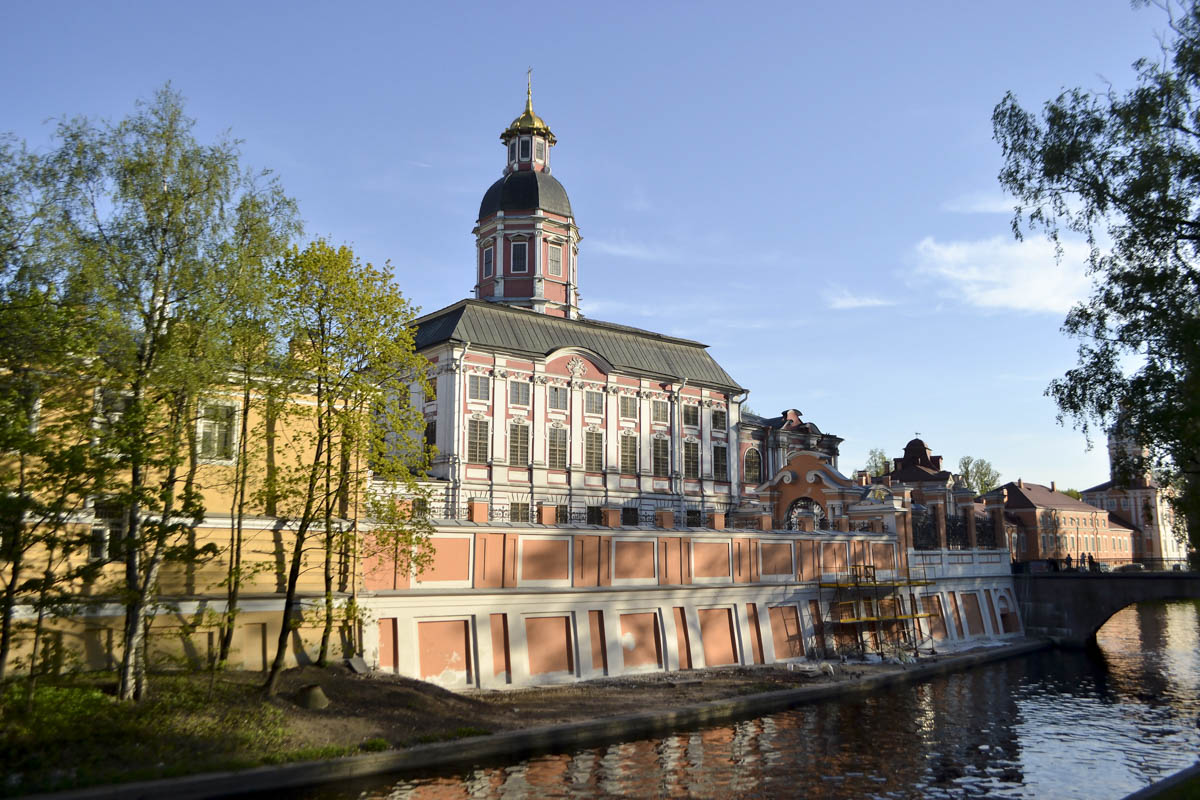 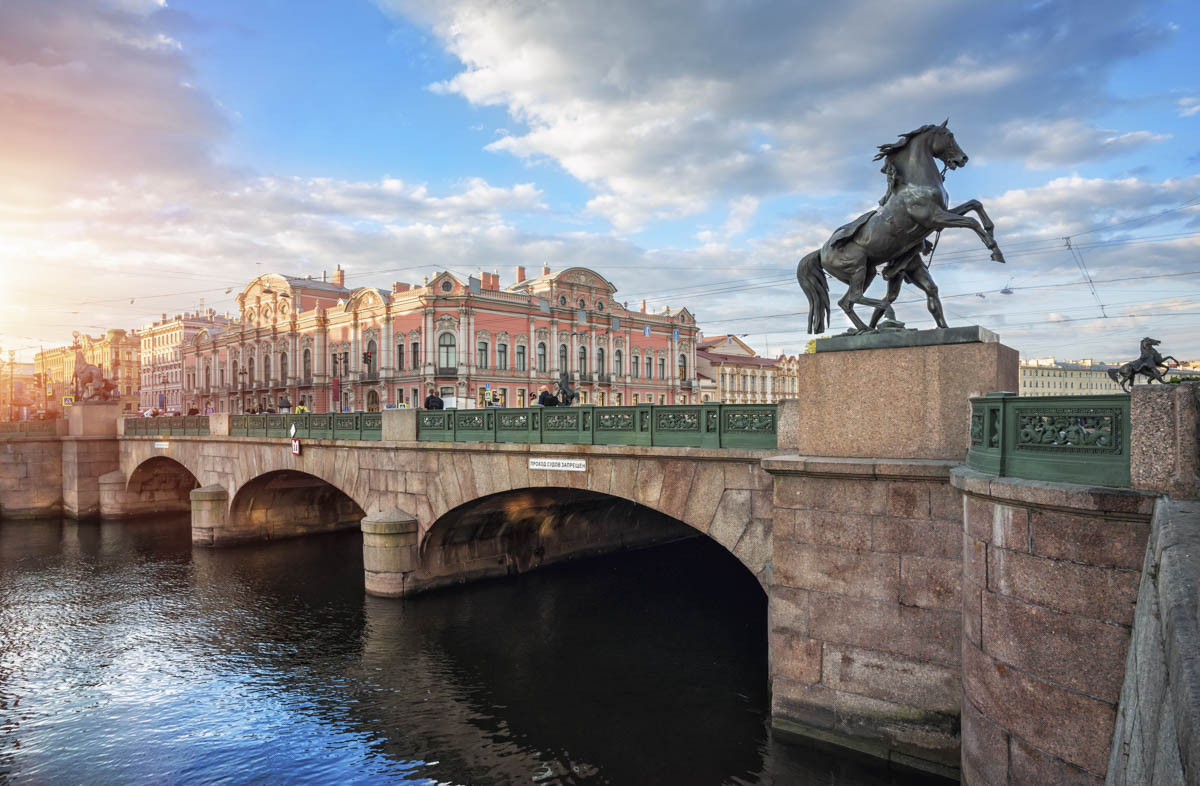 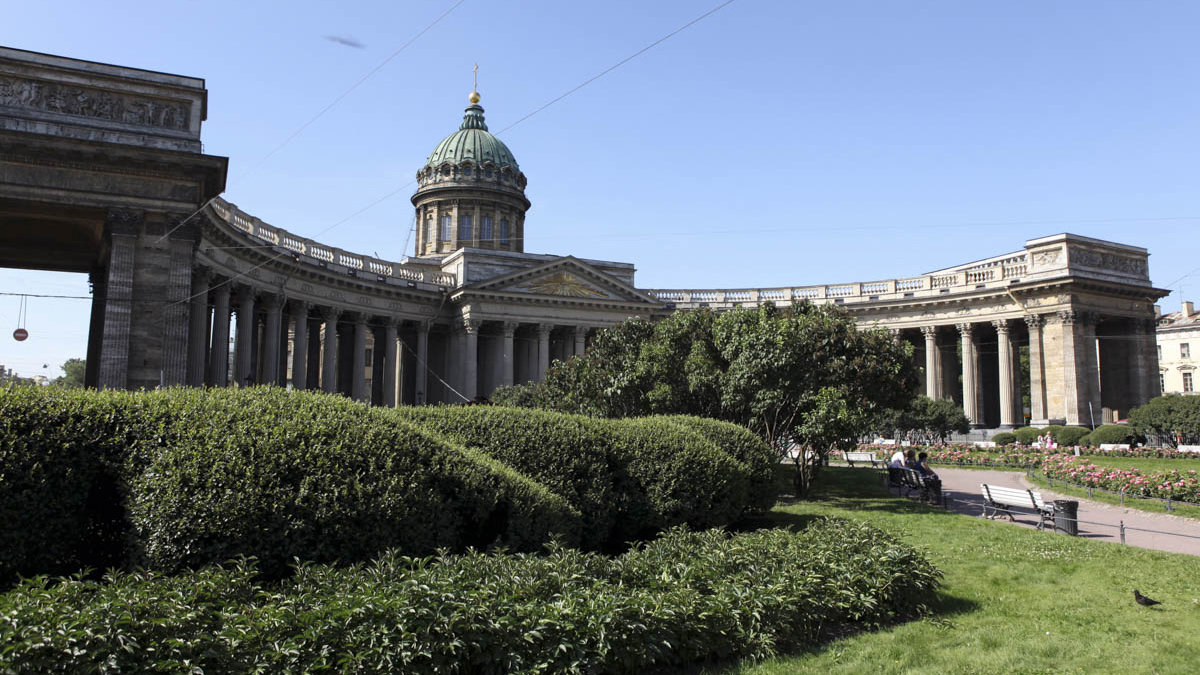 The city tour will start with a story about the Great Prince Sergey Alexandrovich; you will see the main city sights: the Lavra of Alexander Nevsky, the Feodorovsky Cathedral built to honor the 300-year anniversary of the Romanov family, Memorial Square, the main St Petersburg palaces — Sergievsky, Anichkov, Yusupovsky, Alexeevsky, as well as the most famous houses including the house of Great Prince Sergey, his family and friends. You will see churches of various confessions, including the Kazan Cathedral (the central point of the festivities honoring the 300-year anniversary of the Romanov family). Visit to the Trinity Cathedral in the Lavra of Alexander Nevsky.

Excursion to the Beloselsky-Belozersky (or Serguievsky) Palace. Great Prince Sergey Alexandrovich and Princess Ella (later Elizaveta Fyodorovna) lived here for 7 years before moving to Moscow in 1891.
Dinner in the hotel. 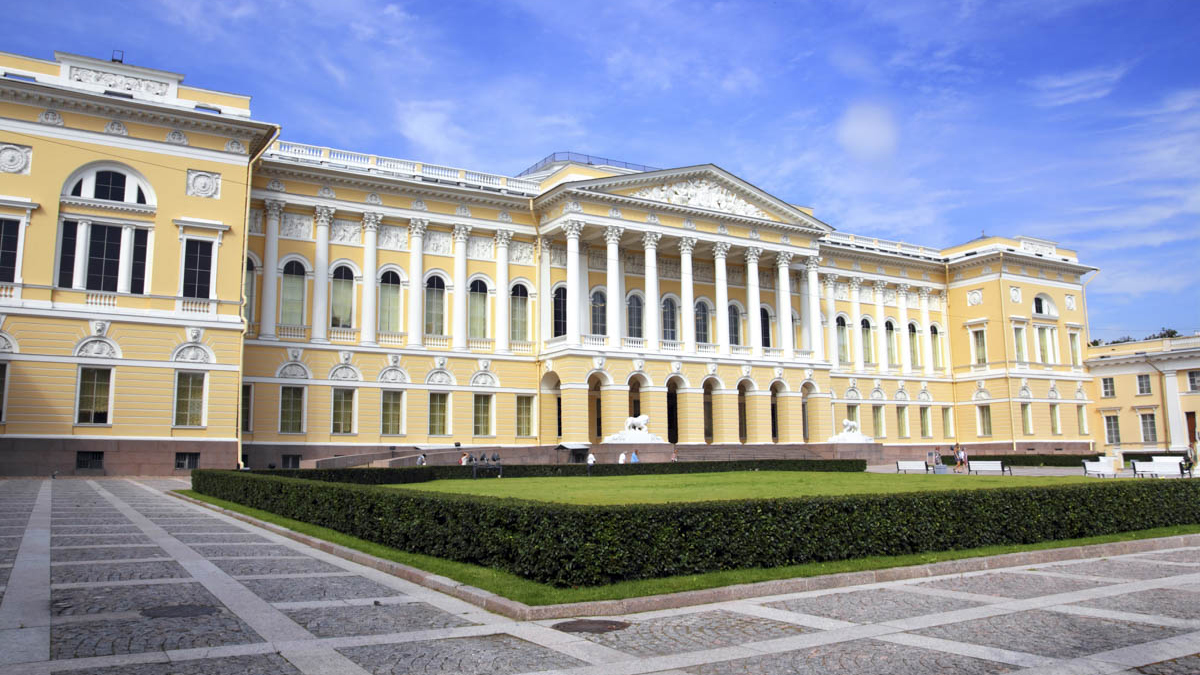 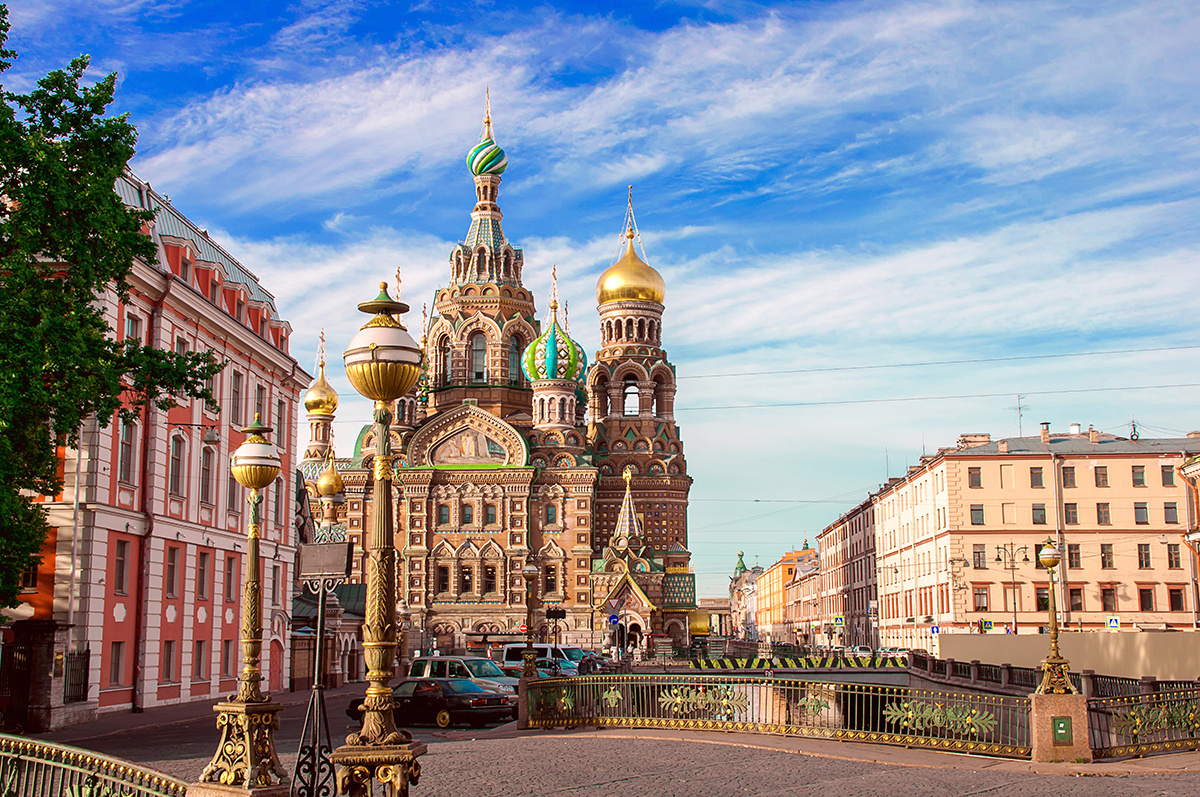 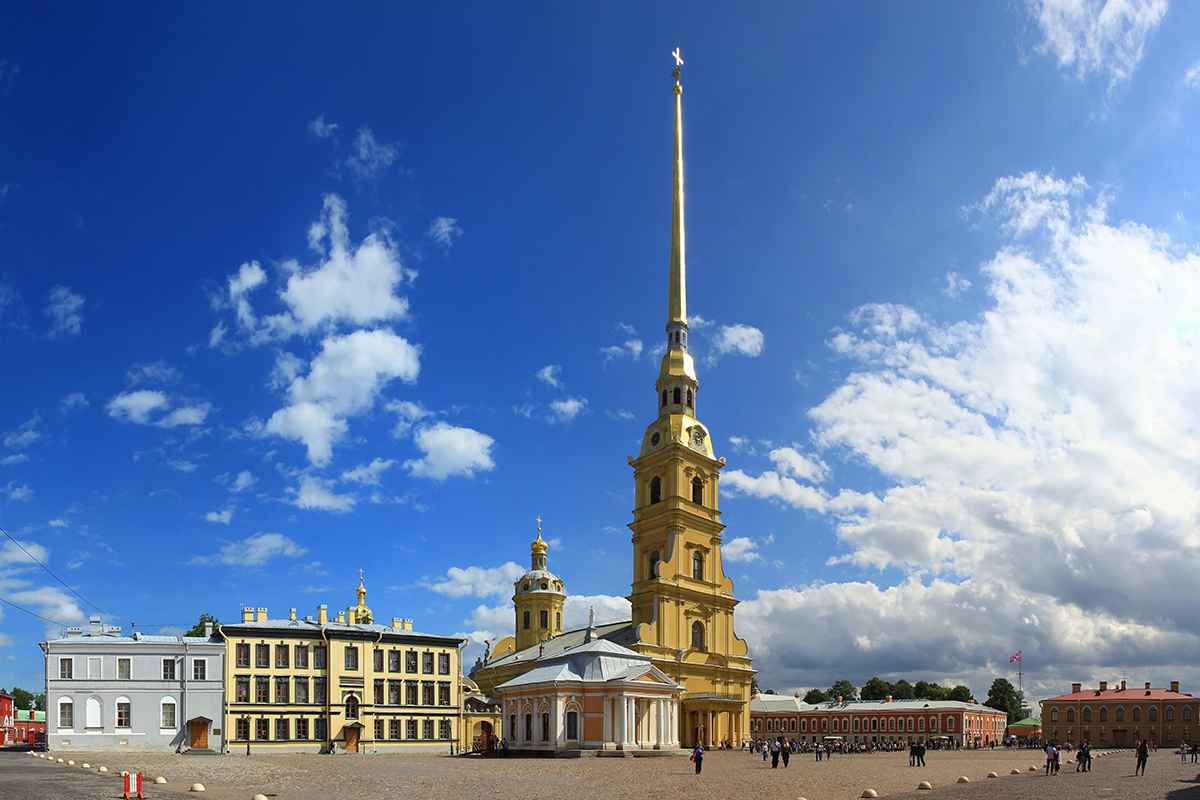 Lunch in the city.
Tour of Zayachy Island.

In the times of the Red Terror mass executions and graves were made here (you will stop by the front side of the Golovkin bastion, in the yard of the jail of the Trubetskoy bastion, and hear about the discovery of victims’ bodies and the problem of their identification). You will make a tour of Peter and Paul Fortress, see the tomb of Great Princes — the burial place of the family of Emperor Nikolay II, his parents, Great Prince Konstantin Romanov; here you will also see the plaque in memory of all princes who were murdered and whose grave sites are unknown.

Dinner in the hotel.

Optional: River and canals by night. 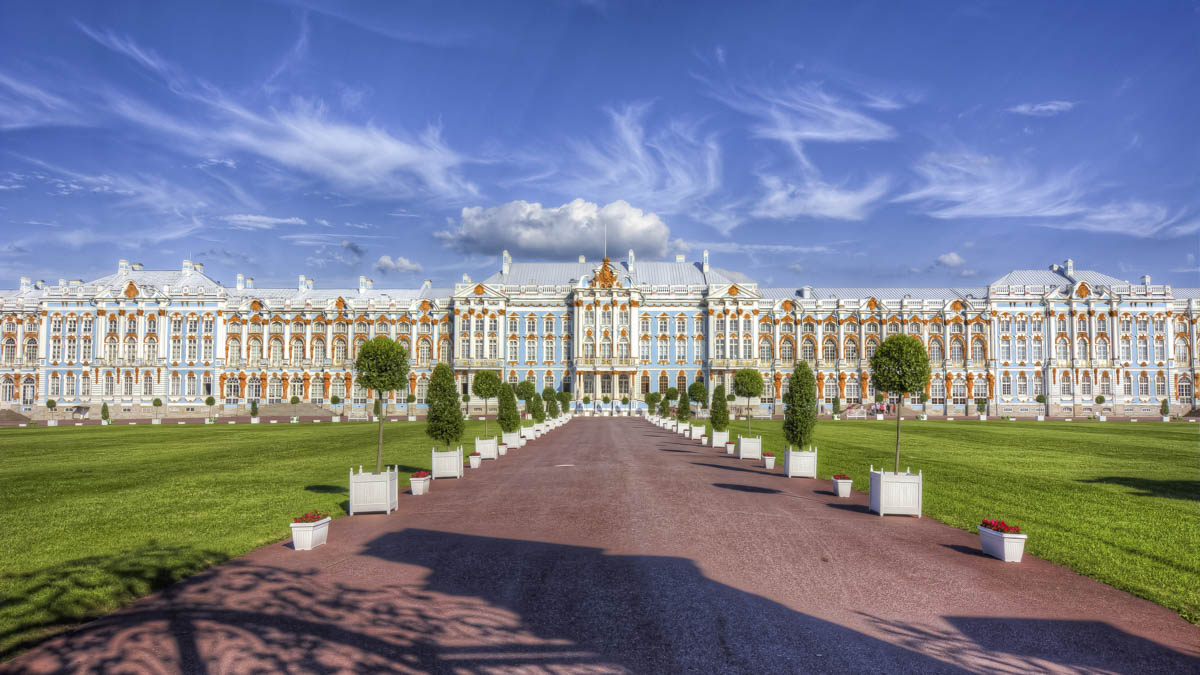 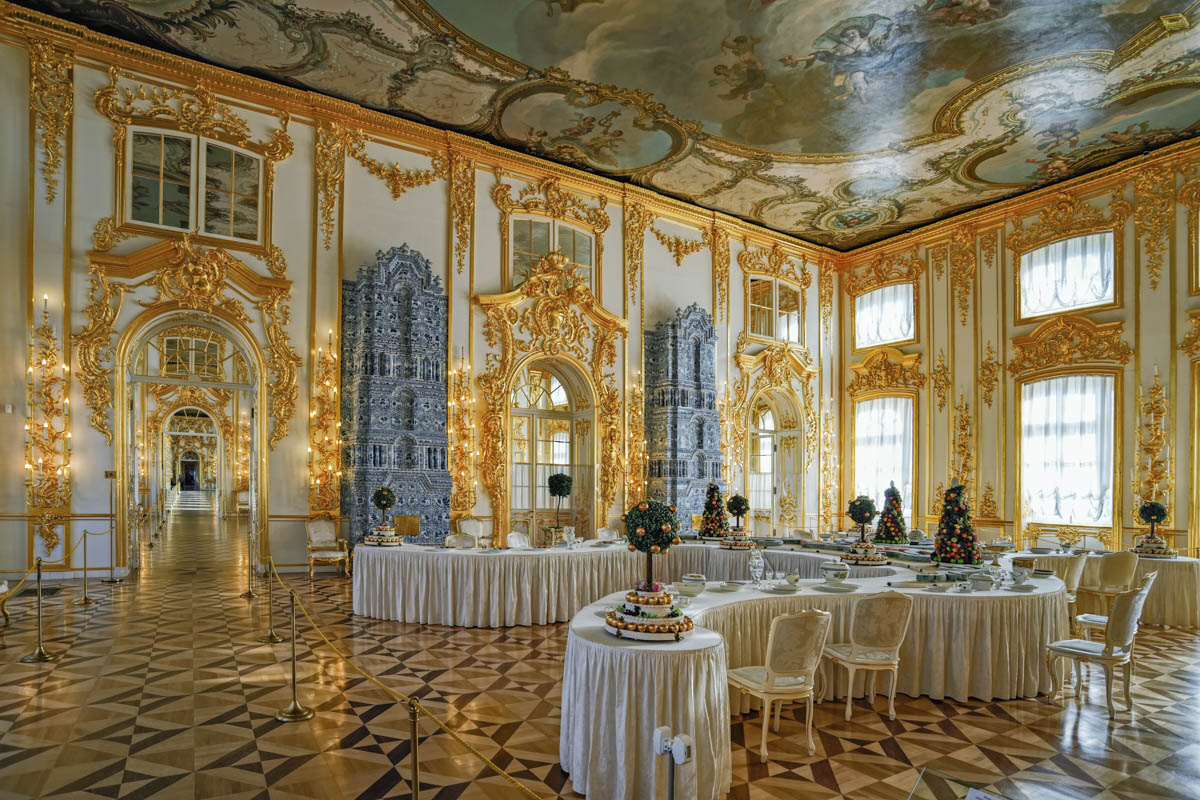 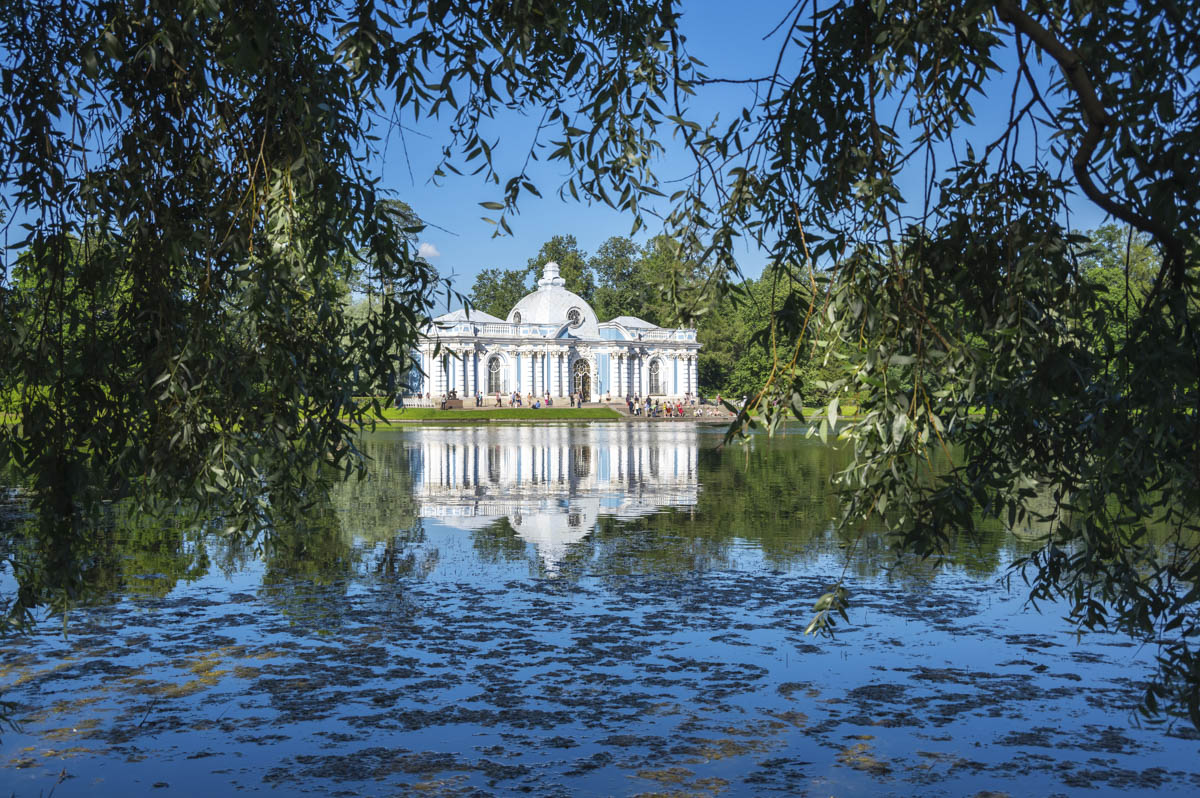 Breakfast in the hotel.
Meet you guide in the hotel lobby.
Excursion to Tsarskoye Selo by bus (Pushkin).

By 1913 it had been “the most well-maintained city in Europe”. The improvements in the city were necessitated by the fact that Nikolay II and his family were planning to organize here their permanent residence. Later the family was placed here under home arrest and it is from here that they were taken away to Siberia. Tour of the Catherine’s Palace. Visit to the Feodorovsky Imperial Cathedral with a cave chapel dedicated to St Seraphim of Sarov and a monument honoring Nikolay II.

Lunch in the city.
Excursion to the Military Chamber which houses the museum of World War I.
Visit to the Church of Sergius of Radonezh.
Dinner in the hotel.

Breakfast in the hotel.
Transfer to the airport of St Petersburg.
Departure.