Of less than 5 pax we reserve the right to use public transportation on short distances. Groups of different languages can be combined in one bus with individual guides. 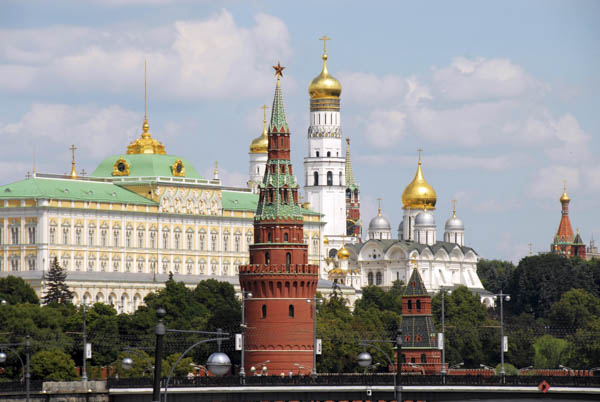 Transfer from airport to the hotel. 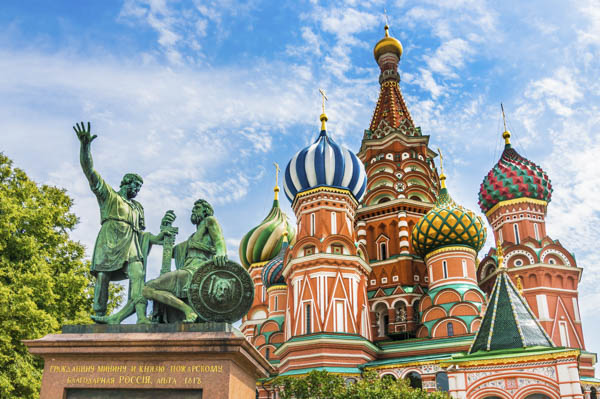 Afterwards, enjoy some free time in the famous Red Square where you can marvel at GUM — famous main department store of Russia previously known as the Upper Trading Rows (opened in 1893) and the Saint Basil's Cathedral (entrance not included), which is included in the list of Seven Wonders of Russia. Each building in Red Square is a legend in its own right. One of these is Lenin’s Mausoleum, where the embalmed body of Vladimir Ilyich Lenin, the founder of the Soviet Union is displayed. Nearby is the elaborate bright-domed building of Saint Basil’s Cathedral and also the palaces and cathedrals of the Kremlin. On the eastern side of the square is the GUM department store, and next to it the restored Kazan Cathedral.

The northern side is occupied by the State Historical Museum, whose outlines echo those of Kremlin towers. The only sculptured monument on the square is a bronze statue of Kuzma Minin and Dmitry Pozharsky, who helped to clear Moscow from the Polish invaders in 1612, during the Times of Trouble. Nearby is the so-called Lobnoye Mesto, a circular platform where public ceremonies used to take place. The square itself is around 330 meters long and 70 meters wide.

Also you will be able to admire magnificent view on the Novodevchy convent that was founded in 1524 by the father of Ivan the Terrible, Grand Duke Vasily III in honor of the capture of Smolensk.

Option: Visit to the Kremlin + 1 Cathedral

The Moscow Kremlin is a historic fortified complex at the very heart of Moscow, overlooking the Moskva River, St. Basil’s Cathedral, Red Square and the Alexander Garden. It is the best known of kremlins (the word “kremlin” simply means “fortified town”) and includes 4 palaces, 4 cathedrals, and the enclosing Kremlin Wall with Kremlin towers. The complex serves as the official residence of the President of Russia.

Existing Kremlin walls and towers were built by Italian masters over the years from 1485 to 1495. The irregular triangle of the Kremlin wall encloses an area of 275,000 square meters (68 acres).

Its overall length is 2235 meters (2444 yards), but the height ranges from 5 to 19 m, depending on the terrain. The wall’s thickness is between 3.5 and 6.5 meters. Originally there were 18 Kremlin towers, but their number increased to 20 in the 17th century. All the towers are square in plan, except the three with circular sections. The highest tower is the Spasskaya, which was built up to its present height of 71 m in 1625.

The Cathedral Square is the heart of the Kremlin. Laid out as the city’s first great public space during the ascension of Muscovite power in the early 14th century, Cathedral Square was for centuries the symbolic heart of Tsarist rule. It is surrounded by 6 buildings, including 3 cathedrals.

Assumption Cathedral (Uspensky) was completed in 1479 to be the main church of Moscow and where all the Tsars were crowned. The massive limestone facade, capped with its five golden cupolas was the design of Aristotele Fioravanti. The gilded, three-domed Cathedral of the Annunciation (Blagoveshensky) was completed next in 1489. On the south-east of the square is the much larger Cathedral of the Archangel Michael (Arkhangelsky) (1508), where all the Muscovite monarchs from Ivan Kalita to Ivan V are interred.

The other notable structure is the Ivan the Great Bell Tower on the north-east corner of the square, which is said to mark the exact centre of Moscow and resemble a burning candle. Completed in 1600, it is 81 meters (266 ft) high. Until the Russian Revolution, it was the tallest structure in the city, as construction of buildings taller than that was forbidden. Its 21 bells would sound the alarm if any enemy was approaching.

The northeast corner of the Kremlin is occupied by the Arsenal, which was originally built for Peter the Great in 1701. After Napoleon’s disastrous retreat from Moscow this building became a museum commemorating the Russian victory. Most of the cannons arrayed along its side were captured from the fleeing, tattered remains of Bonaparte’s Grande Armee. The Arsenal is now the headquarters of the Kremlin Guard. 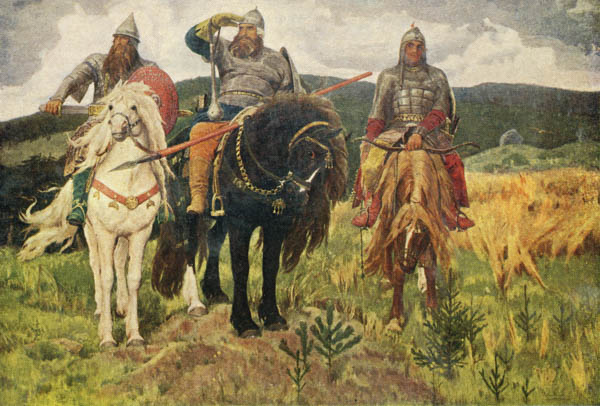 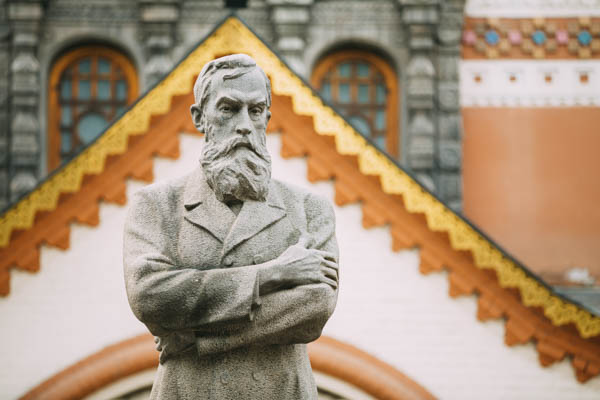 Explore the city at your own.

The Tretyakov Gallery houses one of the most celebrated and extensive collections of Russian art and artifacts in the world. The gallery was named after the entrepreneur Pavel Tretyakov, who donated approximately 2000 works of Russian art from his own private collection to the city of Moscow at the end of the 19th century.

Without Tretyakov’s extensive and generous patronage of the arts many Russian artists would not have been able to achieve the artistic success that they did and the world of Russian art would be considerably diminished.

Along with his paintings, Tretyakov also generously donated his own house and surrounding buildings, which became the original premises of the gallery.

The collection of the gallery now comprises the entire spectrum of Russian art. Exhibition halls feature icons (most notably an impressive collection of icons by the artist Andrei Rublev), 18th century portraits, Realist works, Romantic, Symbolist and avant-garde canvases and displays of graphic and applied arts.

A visit to the Tretyakov Gallery is a definite must for anyone interested in Russian art and culture. 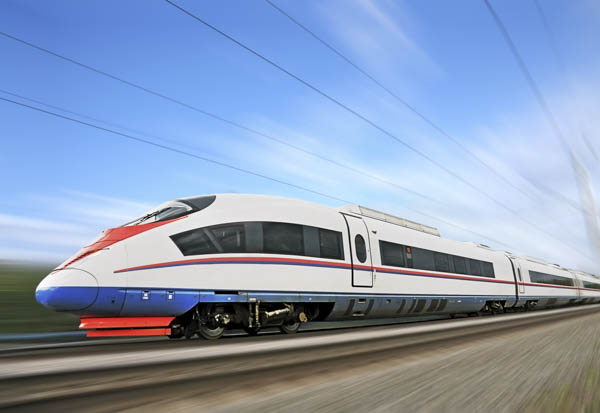 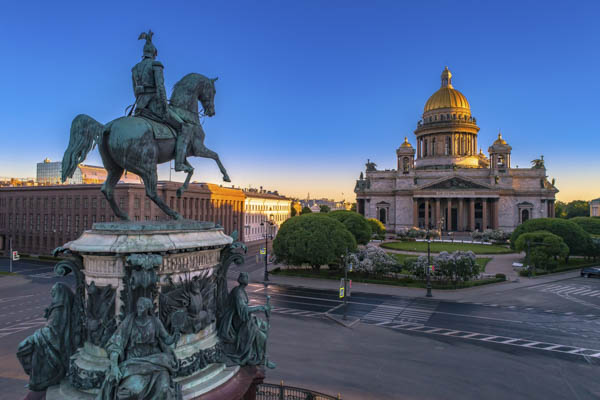 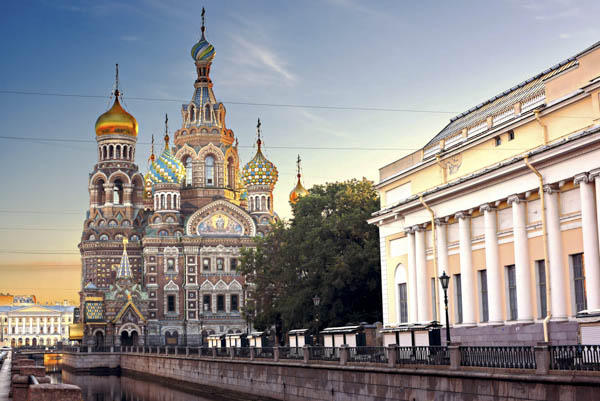 Breakfast at hotel, city tour with visit to St. Peter and Paul fortress.

Saint-Petersburg is a beautiful and fascinating holiday destination and one of the most intriguing and historically significant cities in Europe. Whether you chose to visit the city either in winter or during the summer months, you will be spellbound by Saint-Petersburg’s culture and beauty.

Saint-Petersburg is a relatively young city, by both Russian and European standards, and was only founded in 1703 by Tsar Peter the Great. Despite its short life so far, Petersburg has a rich and exciting history. From the early days of Peter the Great’s “Venice of the North” to the modern events of the 1991 coup d’etat, the city has always bustled with life and intrigue, revolution and mystery. 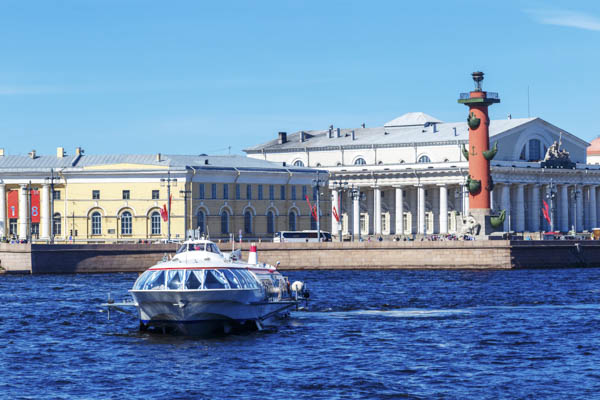 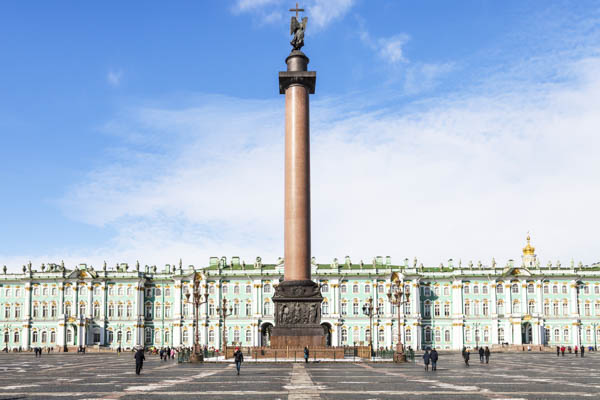 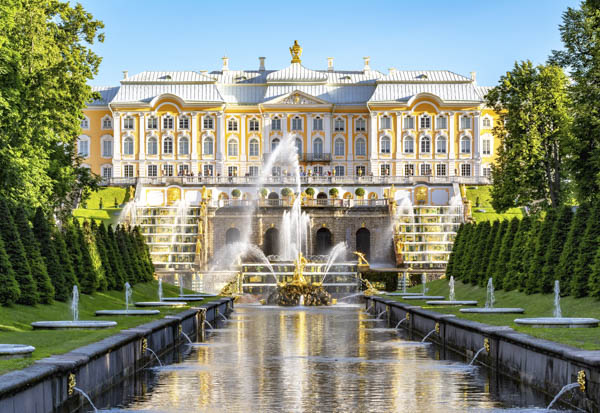 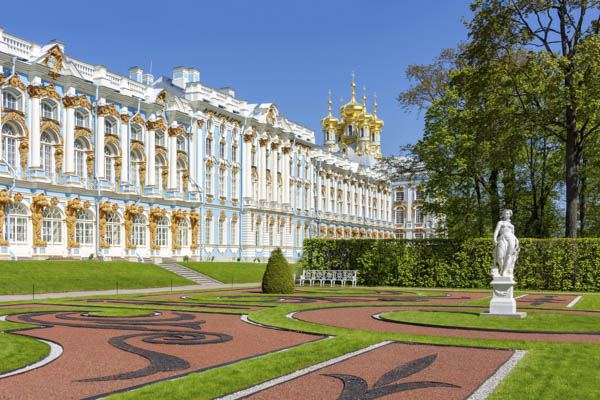 Breakfast at hotel. Explore the city at your own.

Pushkin, one of the most picturesque towns is situated 24 km to the south from the Northern capital. Till 1918 the town was called Tsarskoye Selo (literary — “tsar’s village”), then it was renamed Detskoye Selo (“children’s village”), and since 1937 it bears the name of great Russian poet Alexander Pushkin.

For two centuries Tsarskoye Selo stayed the main summer residence of Russian emperors. Its construction was of state significance and the palace and park ensemble was regularly enriched with new edifices created by the best architects of that time.

Tsarskoye Selo was especially loved by Elizaveta Petrovna. During her reign the Catherine Palace named in honor of her mother was rebuilt and extended. Thanks to the best architects of that time Zemtsov, Trezini, Rastrelli and others the modest building was turned into a splendid Baroque palace with rich decor of the facades and interiors.

Catherine the Great also preferred Tsarskoye Selo to all other imperial residences. She commissioned the construction of the Alexandrovsky Palace and the number of annexes to the Great Palace — Agathic rooms, Cameron’s gallery, Grand dukes building. The parks of the Tsarskoye Selo were enlarged and adorned with many new buildings and monuments honoring the friends of the Empress. In 1810 famous Imperial Lyceum was opened where small Alexander Pushkin studied.

The Second World War is associated here with the mysterious disappearance of the Amber Room. During the occupation this priceless work of art was dismantled and taken out to Germany. Where it was brought and hidden nobody knows. In 1979 it was decided to reconstruct the Amber Room. It took about a quarter of a century to create new amber panels that would precisely depict the lost ones.

The history of Peterhof dates back to the reign of Peter the Great. The Emperor regularly traveled there to oversee the construction works. During the long and wearisome trip several wooden houses were built on the place where Peterhof would later appear. In 1714 Peter the Great conceived the creation of a splendid official royal summer residence that would in its splendor overcome French Versal.

The main attraction of Peterhof is its hundreds of fountains, each unique in style and decor. The most treasured among them is the famous Great Cascade designed by Peter the Great. This grandiose fountain construction unmatched in the world is shaped as a grotto with stairs-waterfalls on the both sides. The Samson Fountain with a great spewing lion became the brightest monument to the glorious victory of the Russians over the Swedes in 1709.

The wonderful parks, countless fountains of various forms and styles, cascades, majestic palaces, numerous gilded statues of ancient gods and heroes were to demonstrate the might and glory of Russia that had turned into a navy state and become firmly established on the Baltic Sea.

Visitors can admirer the unique beauty of Peterhof, that represents the harmony of art and nature. The gleaming gold, the exquisite architecture and the splashing of the fountains create the most impressive sight.

Option: Lunch in a local restaurant 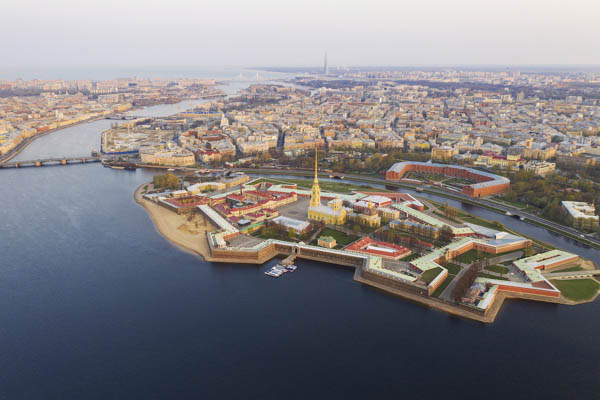 Breakfast at hotel, transfer from hotel to the airport.