Winter tour of famous Golden ring towns of Russia presents you with an excellent opportunity to take in the architectural perfection of their historical monuments from a totally different perspective. Forest trees dressed in fascinating outfits, boundless fields of sparkling snow, the shimmering glow of domes provide a fairytale-like background for our special 5-days Winter Golden Ring Tour. Get ready for a winter adventure with VOLGA-BALT TOUR! 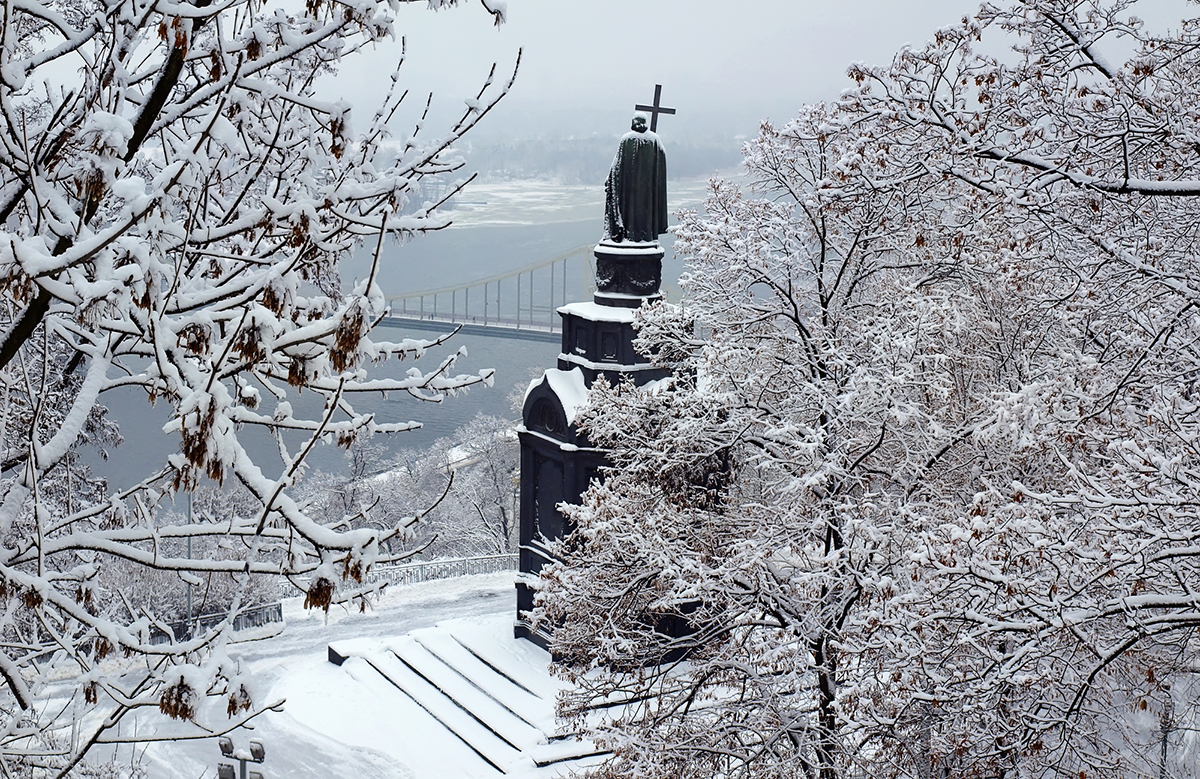 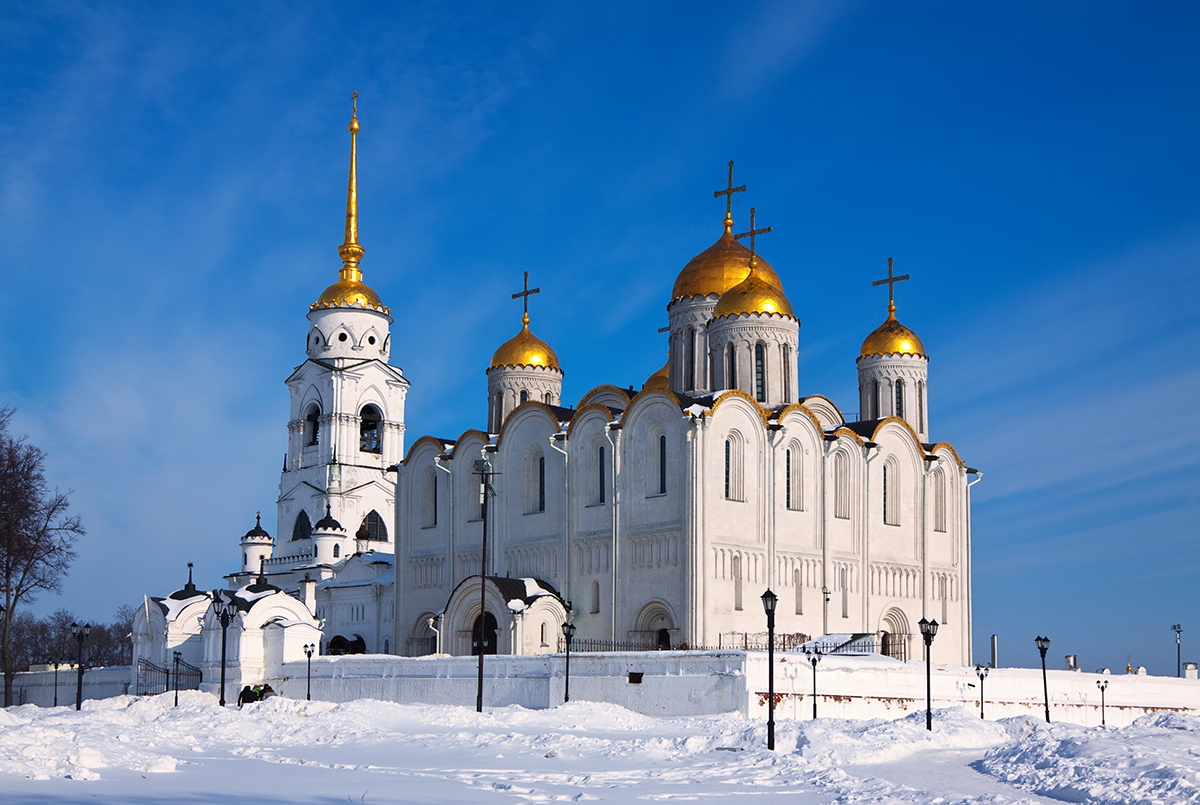 Meeting at a hotel in Moscow.

The old capital of north-eastern Rus’. Visit the city’s sights dating back to the 12th century: the Golden Gates, symbolizing the grandeur and power of the ancient Rus’, St. Dmitry cathedral dating back to the period prior to the country’s invasion by the Mongols, and the Assumption cathedral — the masterpiece of a white-stone architecture which boasts frescoes by Andrey Rublyov.

Lunch with the folk program "Christmas in Russian folk traditions".

City tour of Bogolyubovo. Visit to the castle of Grand Prince Andrey Bogolyubsky and the church of the Intercession on the Nerl.

Transfer to Suzdal, check in at a hotel. 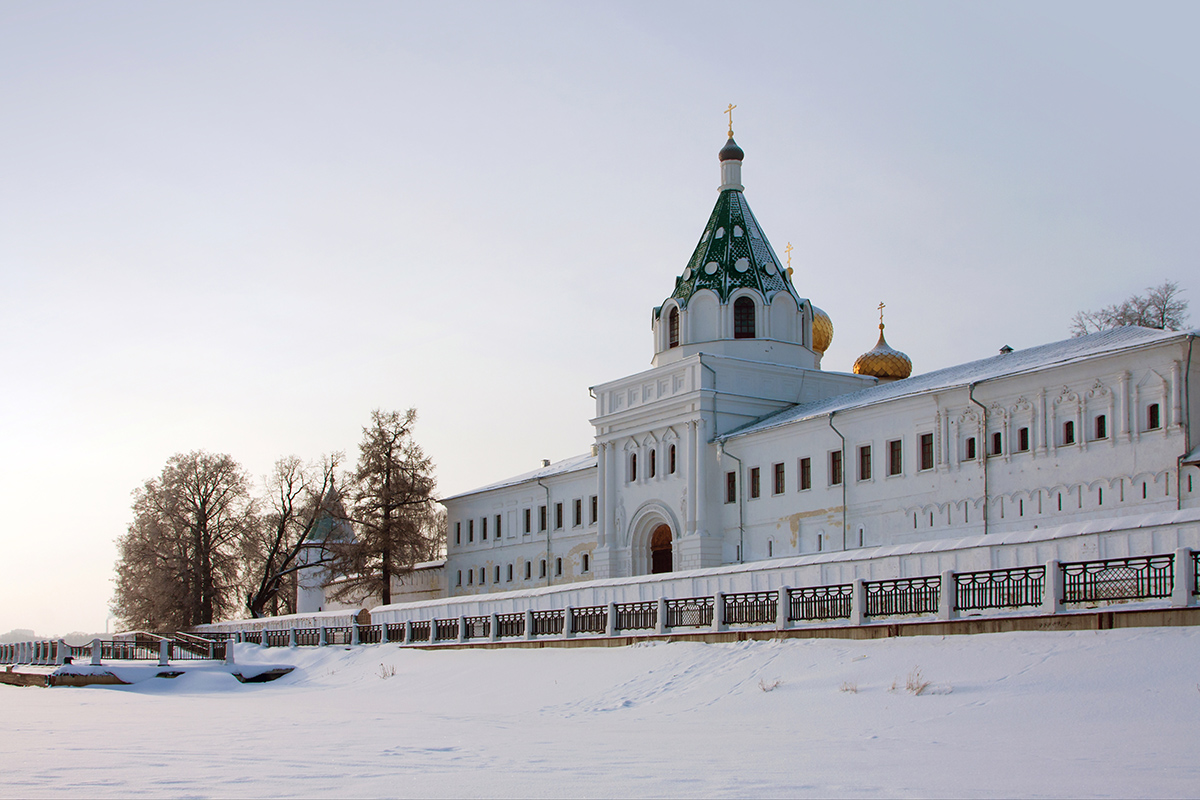 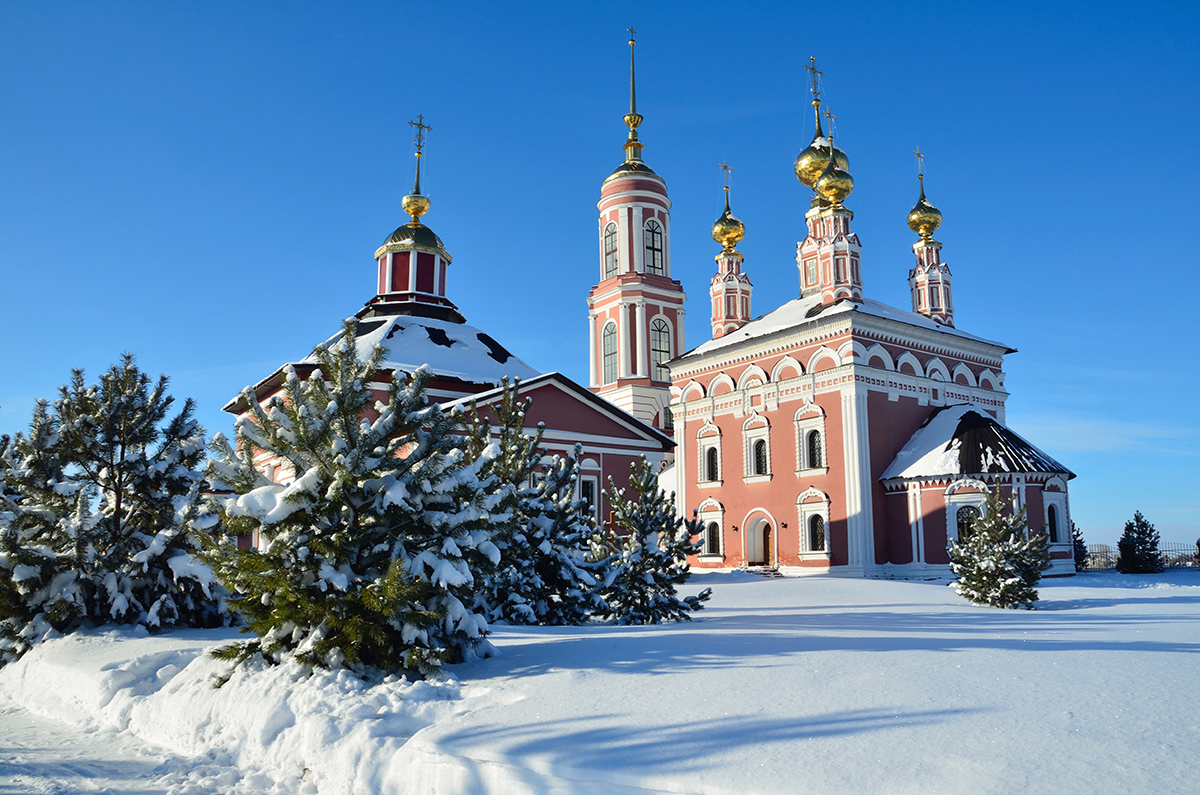 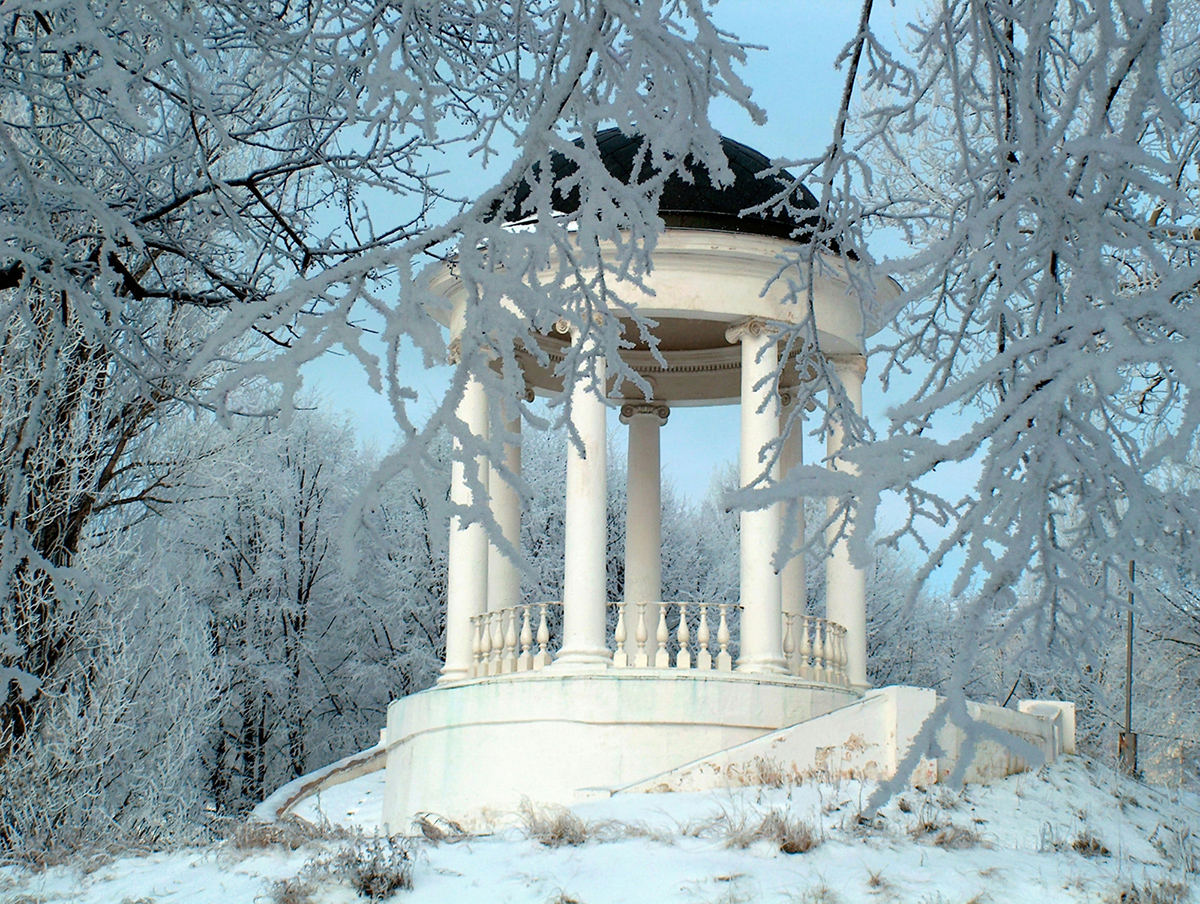 Breakfast in the hotel. Check-out. Bus city tour of Suzdal.

You will admire the ensemble of the Suzdal Kremlin — the most ancient attraction of Suzdal, because its construction began in the X century! You will see the oldest Christmas cathedral, the ancient Bishops' chambers built in the 15th century, the wooden Nikolskaya church built in 1766, the Assumption Church of the 17th century and the Church of the Nativity of Christ. Sledding with three horses. The sea of impressions and joyful emotions will give you a sleigh ride, harnessed by three horses. Under the cheerful ringing of bells you will sweep through the snow-covered streets of the old town and enjoy the views.

You will see the Fire Tower — an outstanding monument of classicism, the guardhouse building, the House of General Borshchov, get acquainted with the splendidly preserved ensemble of the Trade Rows, which have been functioning properly until now. This is a real ancient "city in the city". Visit to the Ipatiev Monastery and to the museum of the Cheese with degustation. 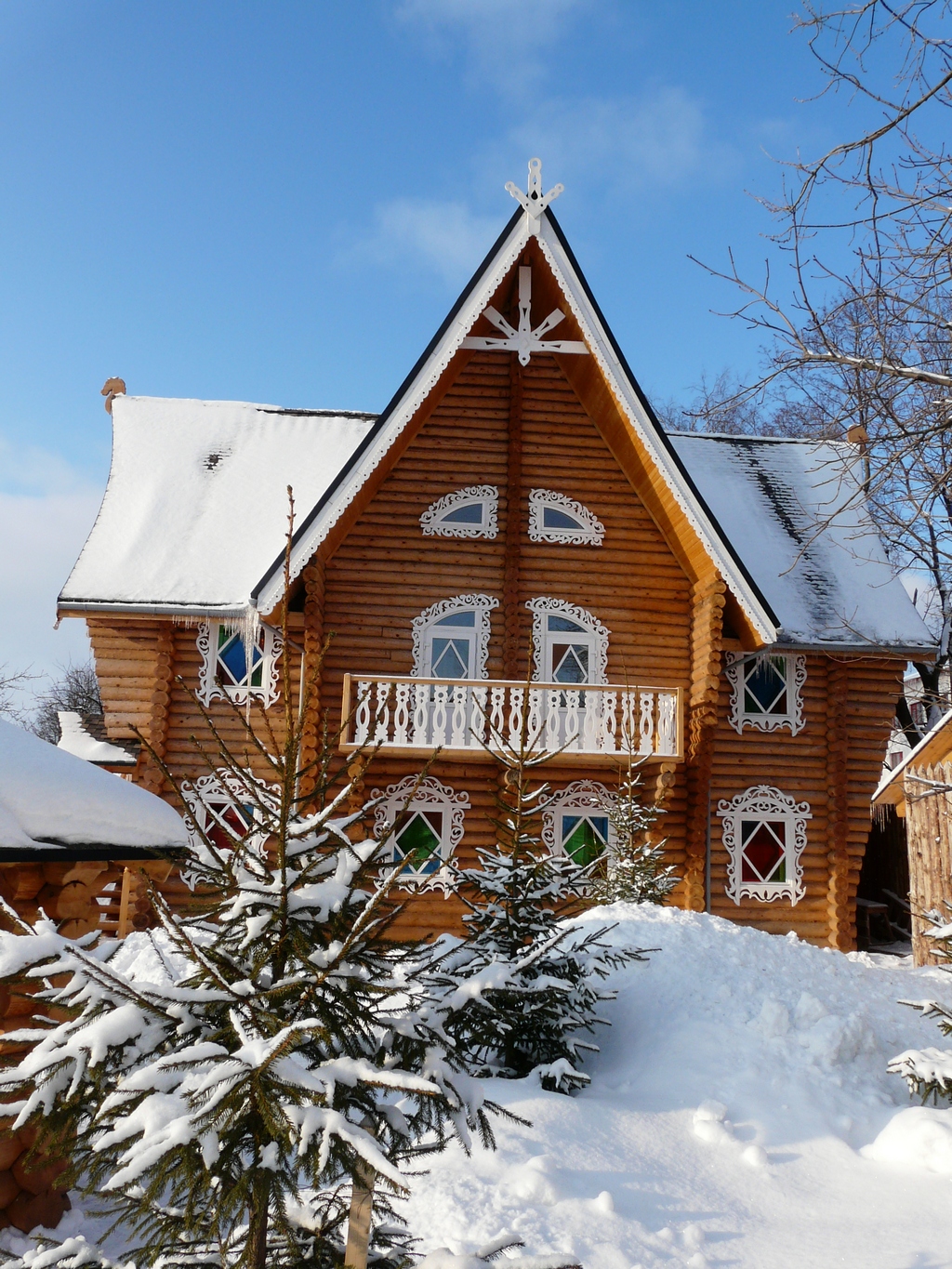 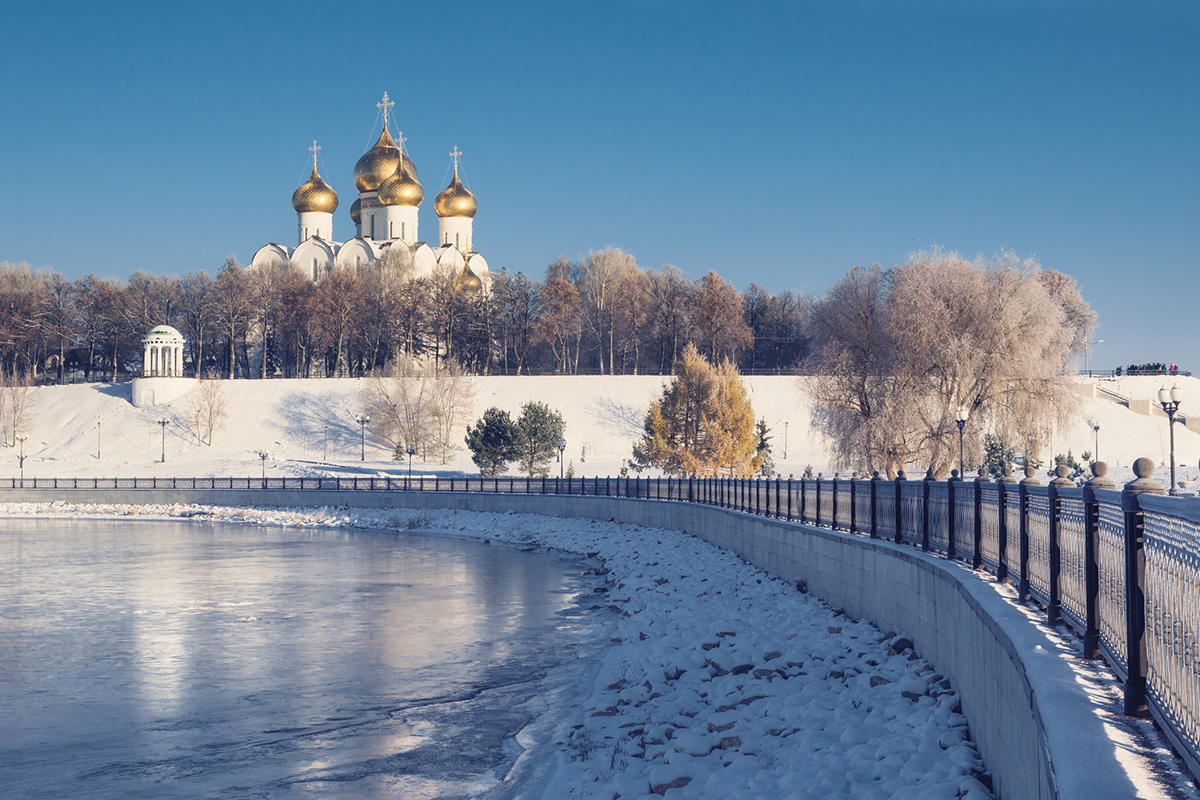 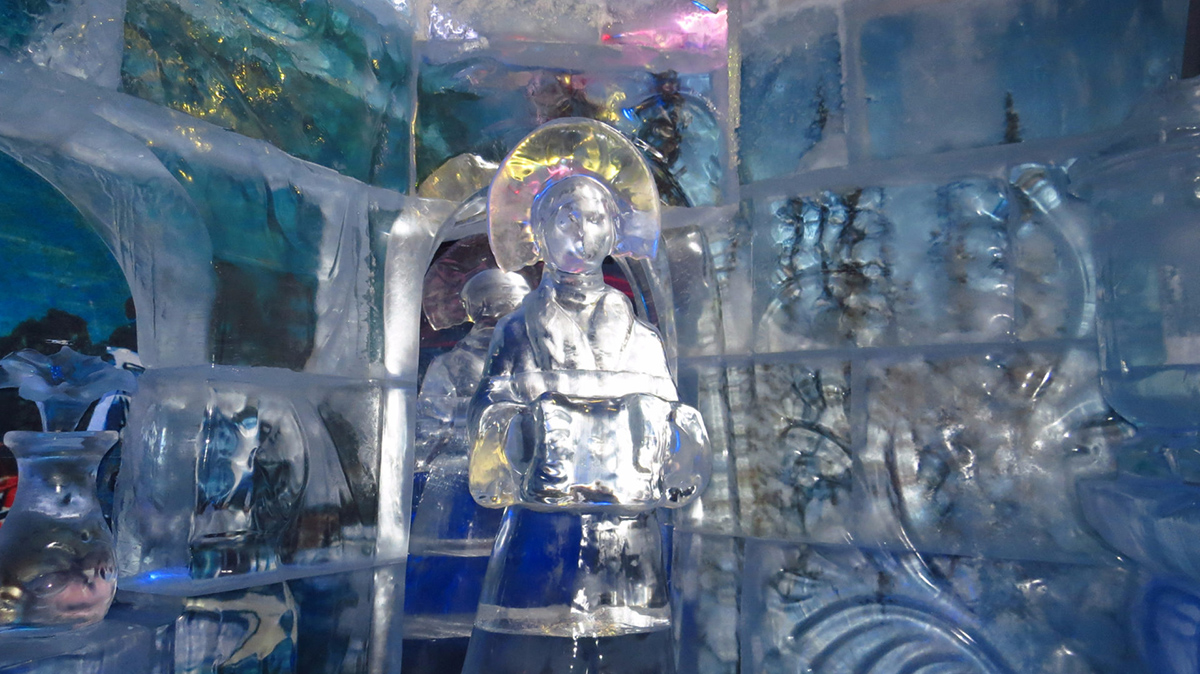 Visit to the Snow Maiden's Terem.

Do you know that the official homeland of the Snow Maiden is Kostroma? The fairy-tale heroine herself and her assistants will lead you through the compound and the fabulous Terem and show you the most interesting. A small puppet show awaits you in Svetlitsa, and in the next room an amazing meeting will take place with Slavic myths and legends.

In the Ice Room — a unique room made by the hands of Ural masters, you will admire the fabulous beauty and be surprised at the craftsmanship of craftsmen, as well as treat yourself with ice drinks: a magical cocktail from Snegurochka, original Russian drinks from ice piles.

City tour of Yaroslavl with the visit to the grounds of the monastery of Our Savior’s Transfiguration.

Outside view of the church of Elijah the Prophet. You will hear the review of the city’s history and see its major sights: the confluence of the rivers Volga and Kotorosl ("Strelka"), the Assumption cathedral, the Volga embankment reconstructed to honor the millennial anniversary of Yaroslavl, drive through the central quarters of Yaroslavl boasting unique architectural monuments included in the UNESCO Heritage list. 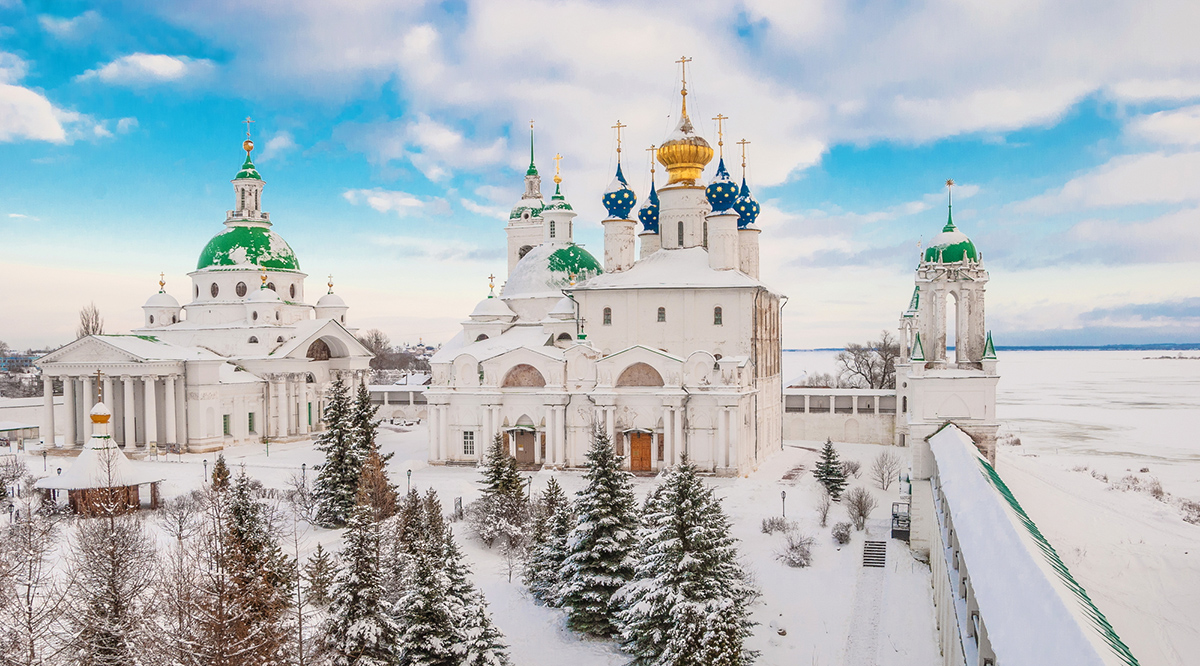 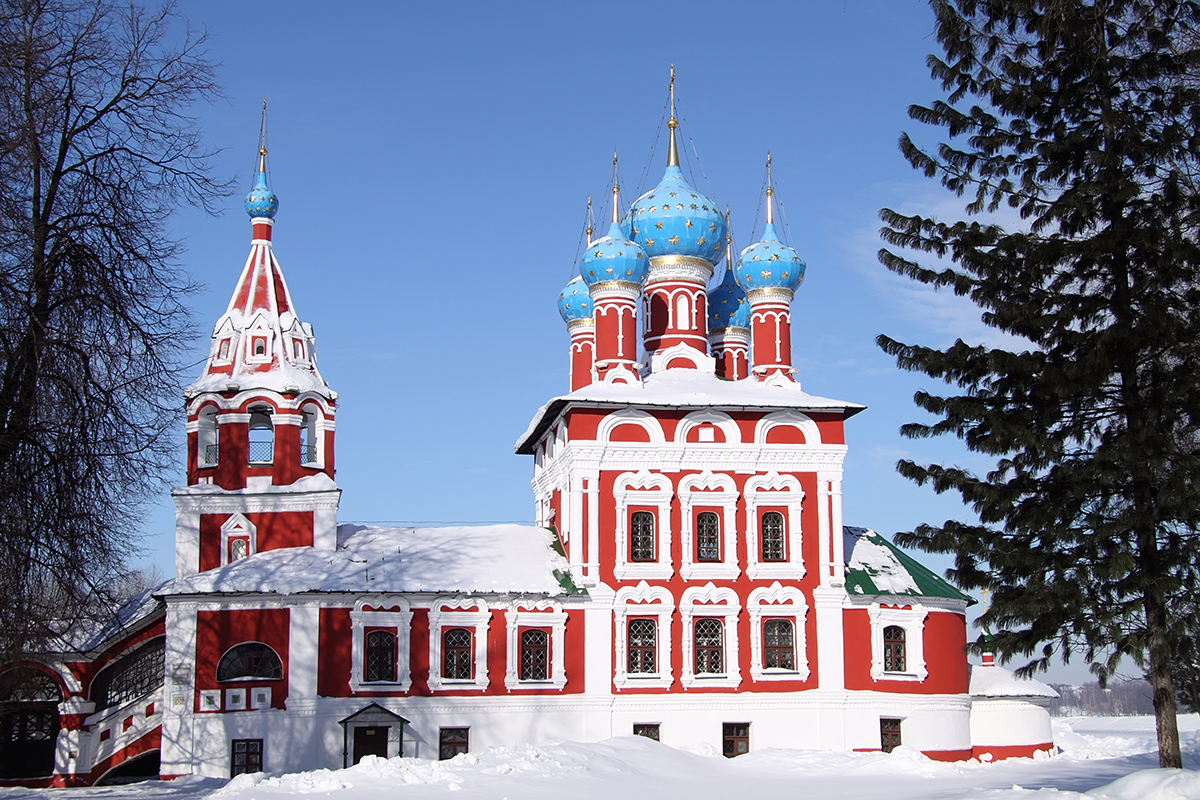 Transfer to Rostov the Great.

An excursion to the Rostov Kremlin — the pearl of ancient Russian architecture and one of the greatest monuments of Russian culture, known to the whole world.

Transfer to Uglich. Sightseeing walking tour with a visit to the Uglich Kremlin (Chambers of the specific princes, Tsarevich Dmitry’s Church, Transfiguration Cathedral). 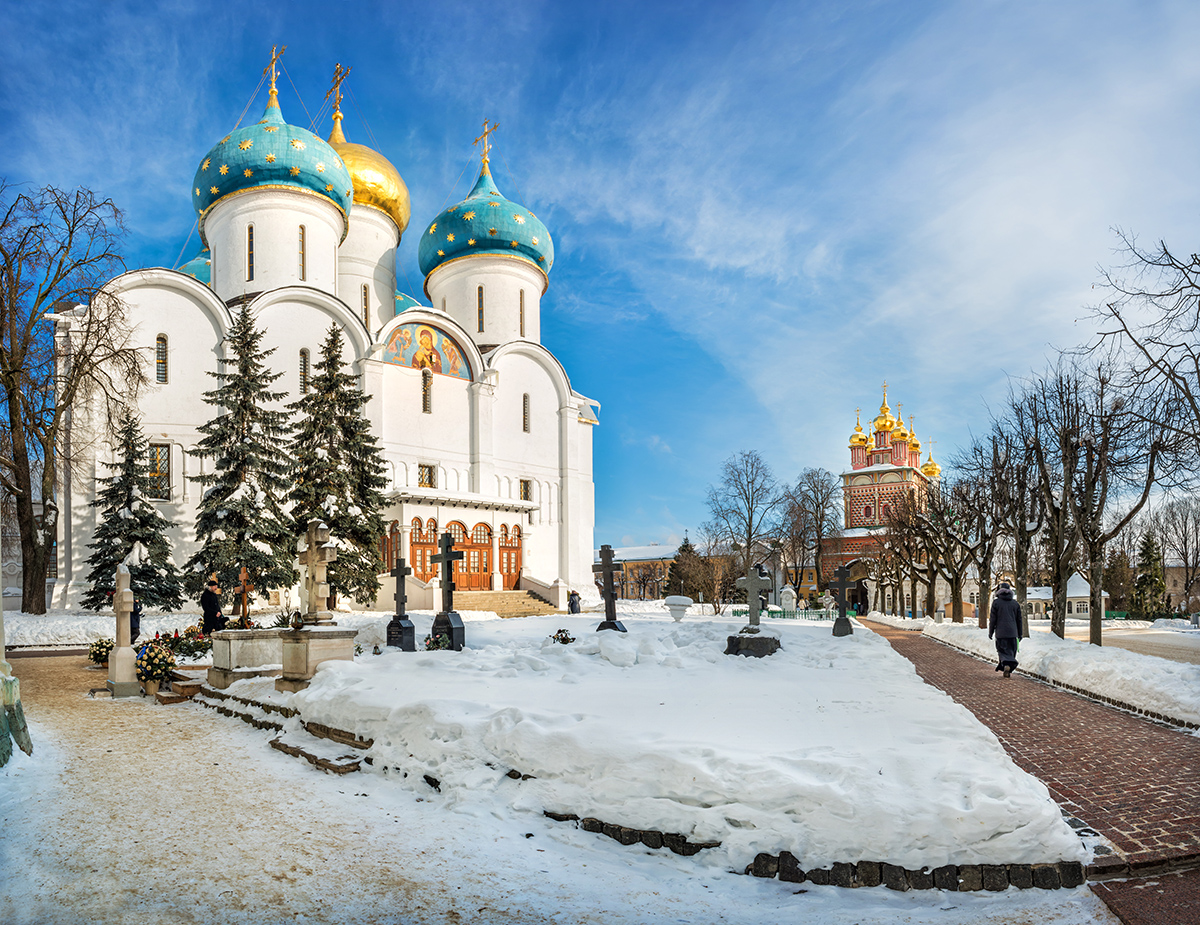 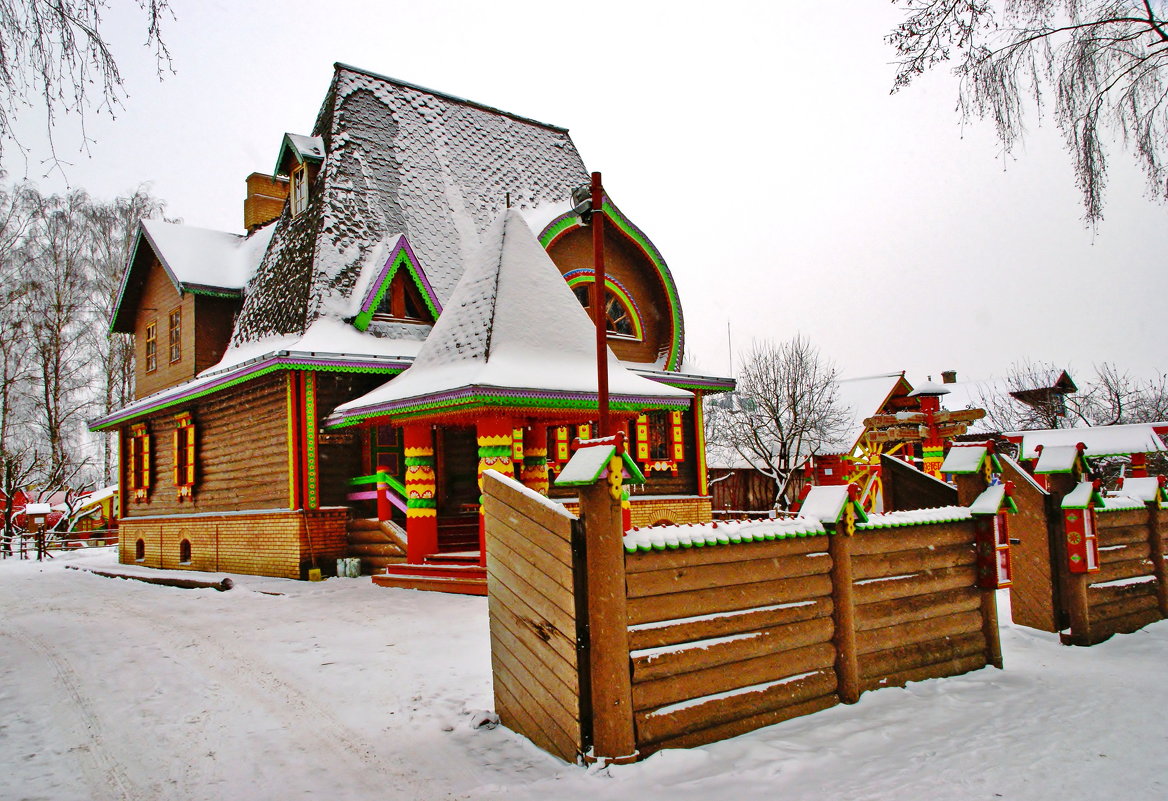 Driving through the homeland of Alexander Nevsky and the cradle of the Russian fleet, we will admire the ancient city in all its glory. Photo-stop on the Red Square, where you can admire the majestic simplicity of the Transfiguration Cathedral, see the famous Gross Ring of the city.

Visit to the house of Berendey with a program of winter festivities.

We invite you to a winter fabulous colorful holiday with Tsar Berendey and his winter retinue: the Snow Maiden, Baba Yaga and the Sudarushkas. The program includes winter adventures, fabulous miracles, funny round dances and royal winter fun!

Transfer to Sergiev Posad, visit to the Trinity-Sergius Lavra.

The ensemble of the Trinity-Sergius Lavra is listed by UNESCO in the List of World Heritage Sites of World Culture.