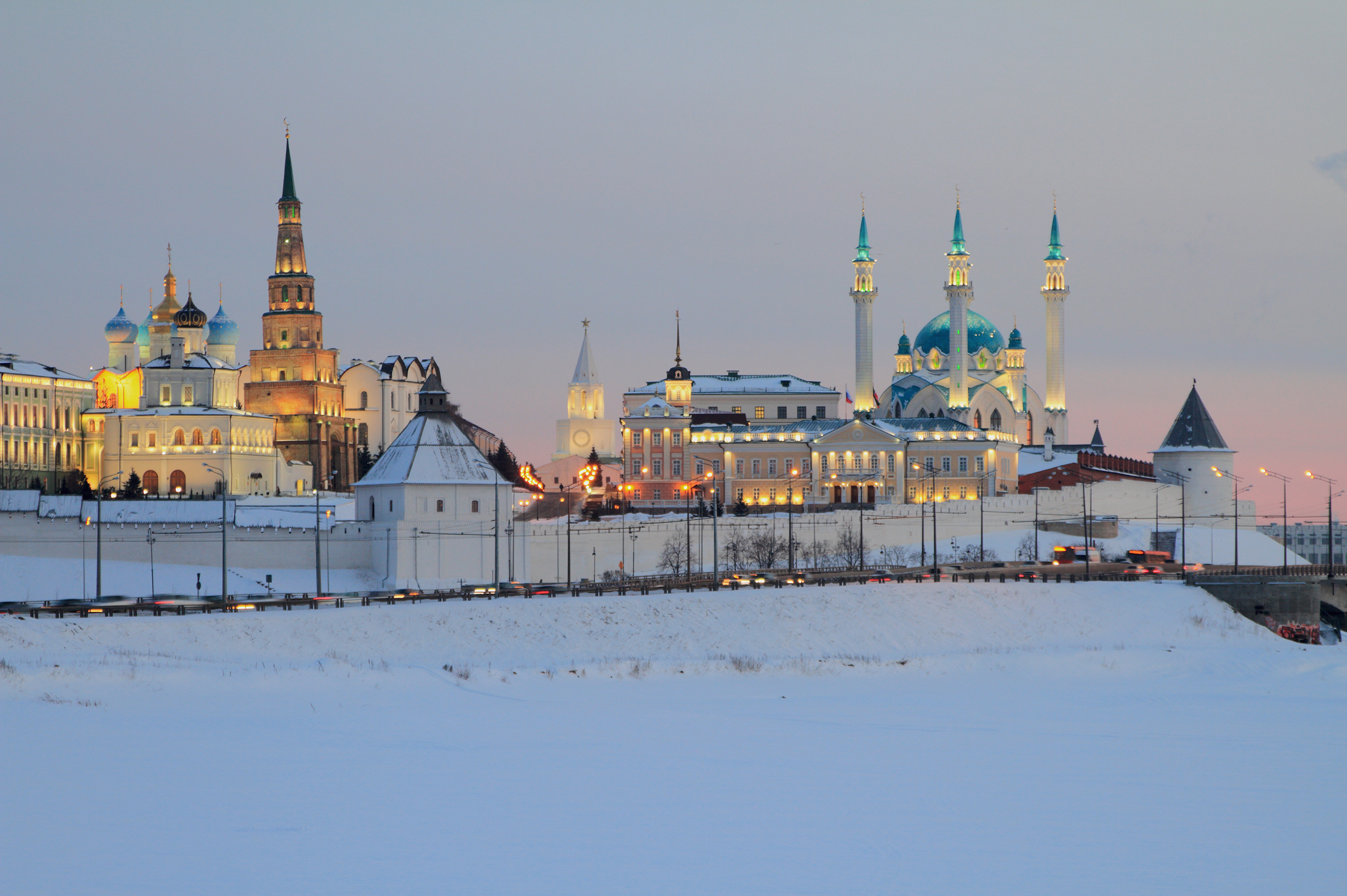 Arrival at the airport in Kazan. Meeting with tour guide.

Check-in at a hotel. 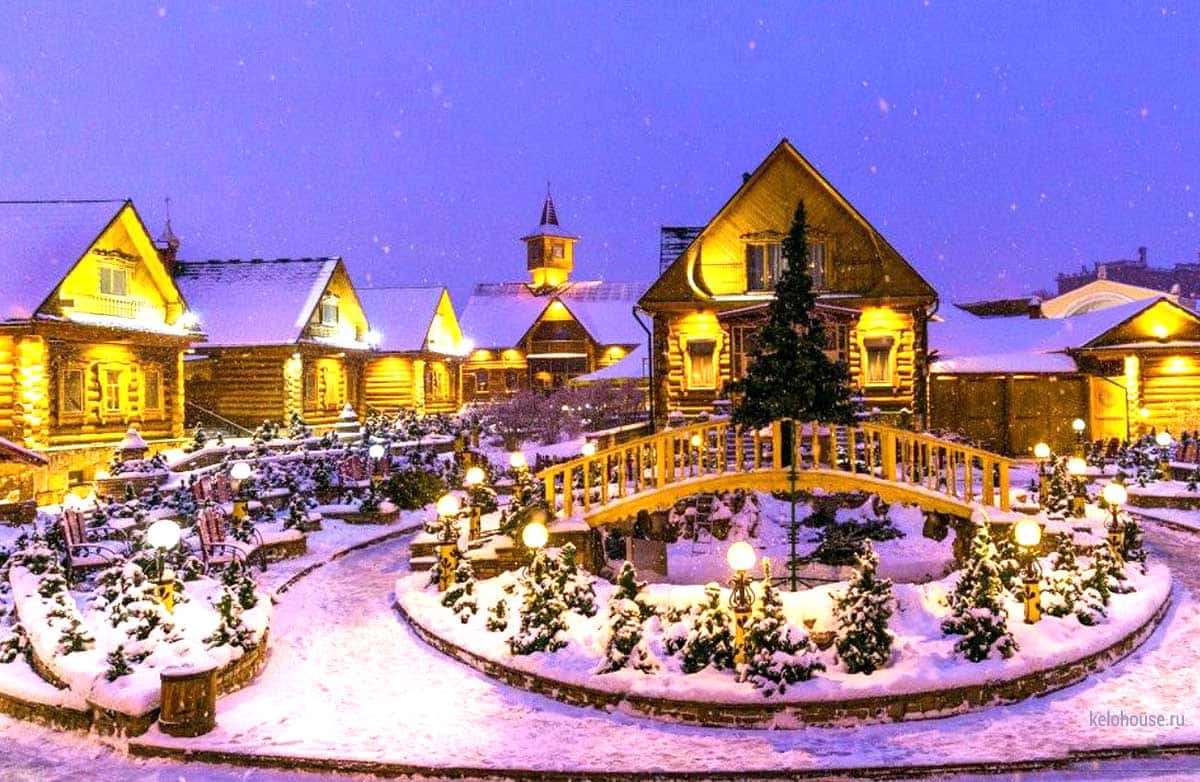 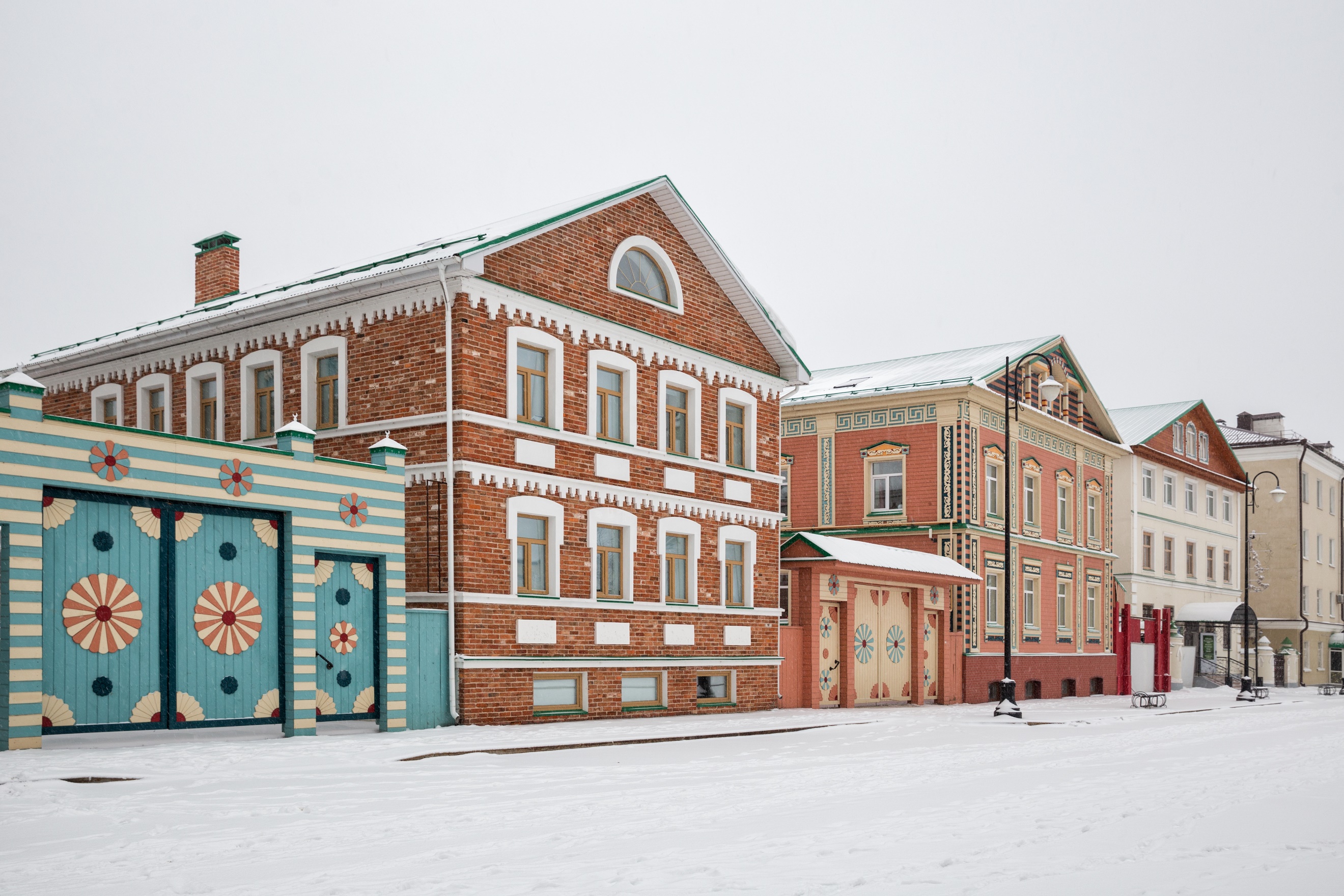 Departure for the sightseeing program.

In a bright Christmas decoration and frosty smell of pine needles, the ancient city will appear in its most fabulous incarnation! Attractions of the millennial city combines the culture of the West and traditions of the East: the Old Tatar settlement, where the Tatar population has lived since the 16th century, Sukonnaya Sloboda – industrial transformation of Peter the great, fountain square, lake Kaban – its mysteries and legends, stylized village "Tugan avylym" ("Native village"), new Puppet Theatre, Kazan state University, square of Freedom – the cultural and administrative center of Kazan. The oldest mosque Marjani and the virgin monastery, which houses one of the oldest lists of the Kazan icon of the mother of God.

Excursion to the museum "Date with history. Christmas at the Orlovs' estate".

Guests of the Museum are waiting for stories about how Christmas and New year were celebrated in the second half of the XIX century here, in the former Orlov estate, in the Ulyanov family and in our glorious city. Pictures of bygone days: in the front living room there is a Christmas tree decorated with old and homemade toys, Chopin waltzes, so beloved by Maria Alexandrovna Ulyanova, and a table set for tea ... An amazing atmosphere of warmth and comfort of an old house!

Lunch at a local the restaurant. 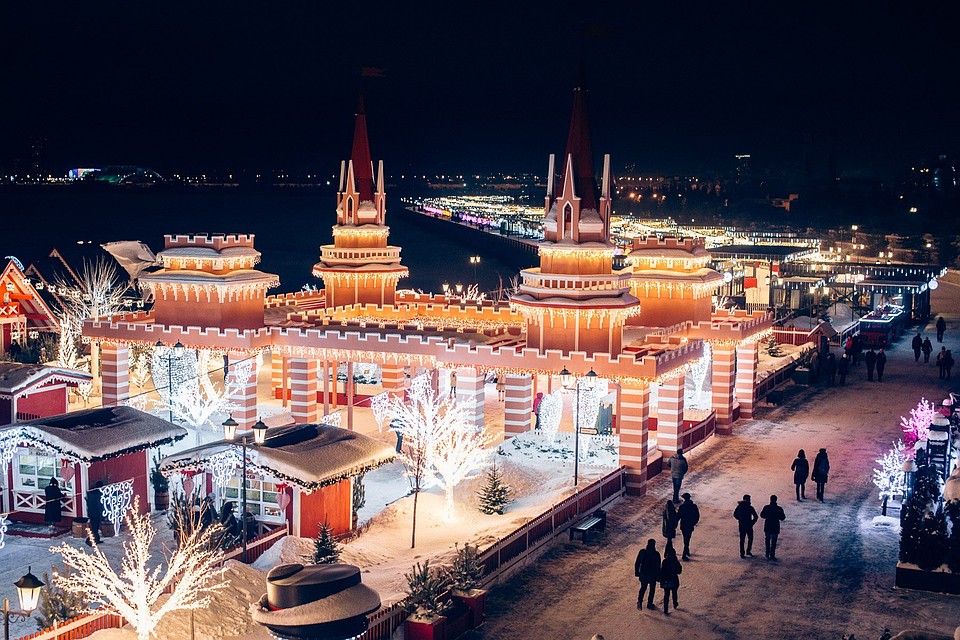 Departure for the sightseeing program.

The Kazan Kremlin is the main attraction of the city, a UNESCO World Heritage Site. This is the official residence of the President of the Republic of Tatarstan and the state museum reserve, which is visited annually by thousands of tourists. The White Stone Kremlin is the heart of the ancient city, embodying the culture of West and East. Here the minarets of the main mosque of Kul Sharif soared up and the domes of the oldest Orthodox Annunciation Cathedral sparkle with gold. On the territory of the fortress is one of the symbols of Kazan-the famous "falling" tower Hanshi Syuyumbike.

A visit to the sparkling New Year lights of the Kremlin Embankment.

We invite you to plunge into the New Year's fun. Santa Claus and fairy elves, ice slides, carousels and a bustling Christmas market are waiting for you. 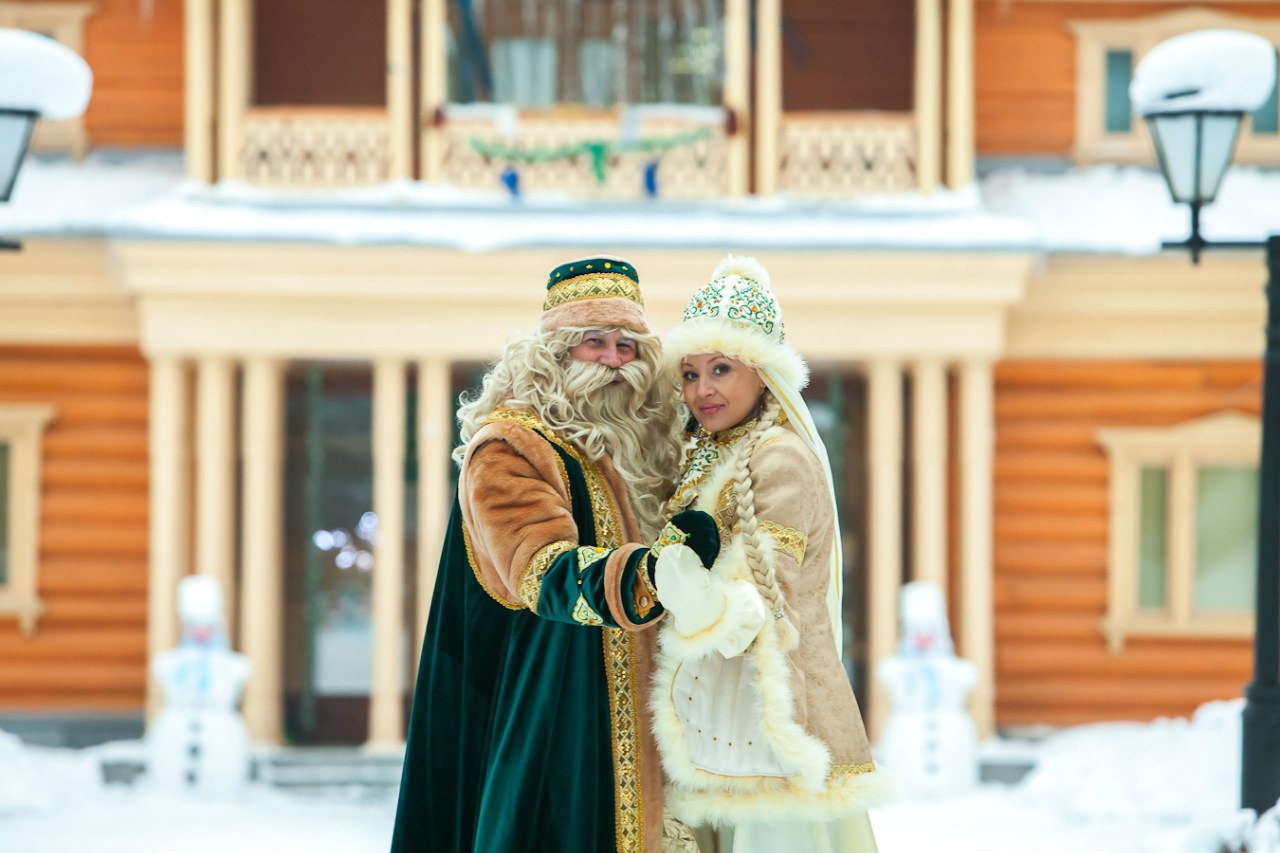 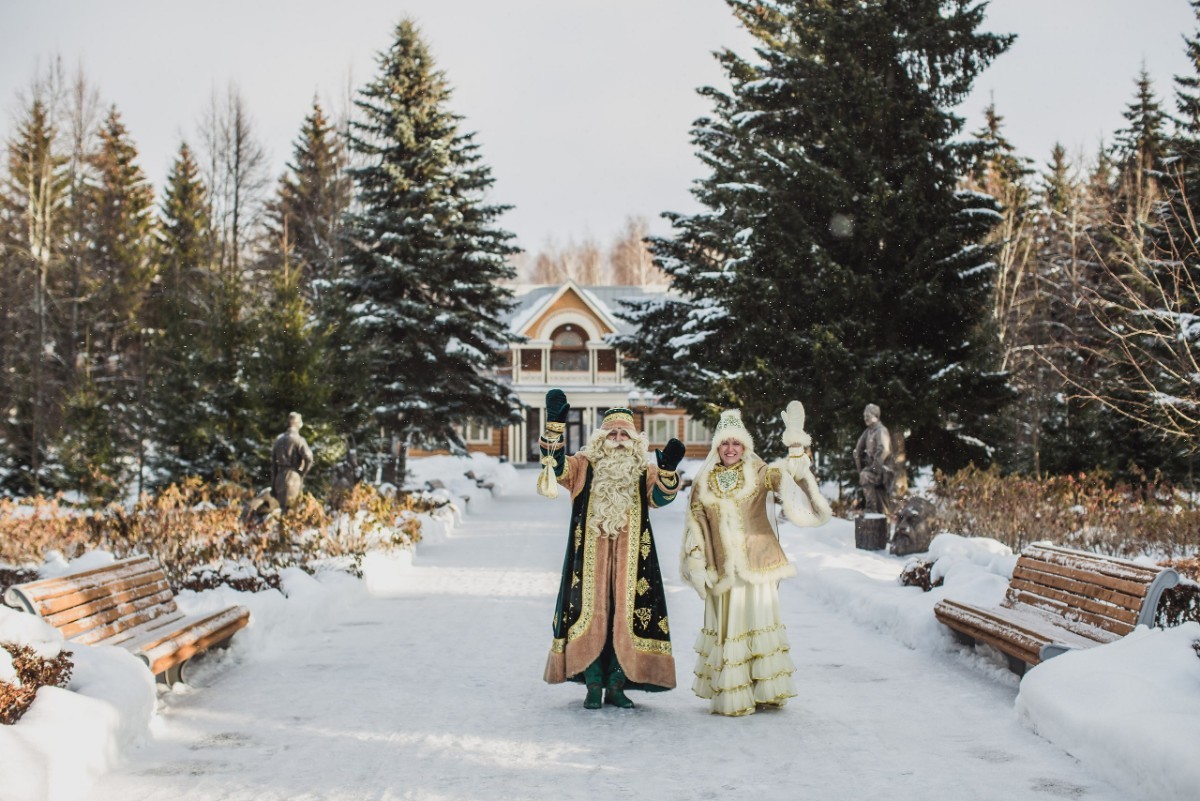 Breakfast at hotel. Meeting with guide at the hotel lobby.

Departure to a tour to Residence of Kish Babai (Tatar Father Frost).

Kysh Babai invites you to visit him, to make a magical winter trip to a place called "The Residence of Kysh Babay and Kar Kyzy" (Winter Wizard of Tatarstan and his daughter). The residence is located in a fabulous snowy spruce forest, on the banks of the Oia River, 80 kilometers from the city of Kazan in the village of Yana Kirlay. In the "residence of Kysh Babay and Kar Kyzi" you will plunge into the magical world of childhood, make a wish, take part in an interactive program with elements of Tatar folklore and characters from Tatar fairy tales by the famous Tatar poet Gabdulla Tukay. On the territory of the residence there are all kinds of entertainment for adults and children, slides and horse riding. You can also have lunch in a cozy cafe or purchase a set lunch for an additional fee. The entire program is held in Russian, by order in Tatar. 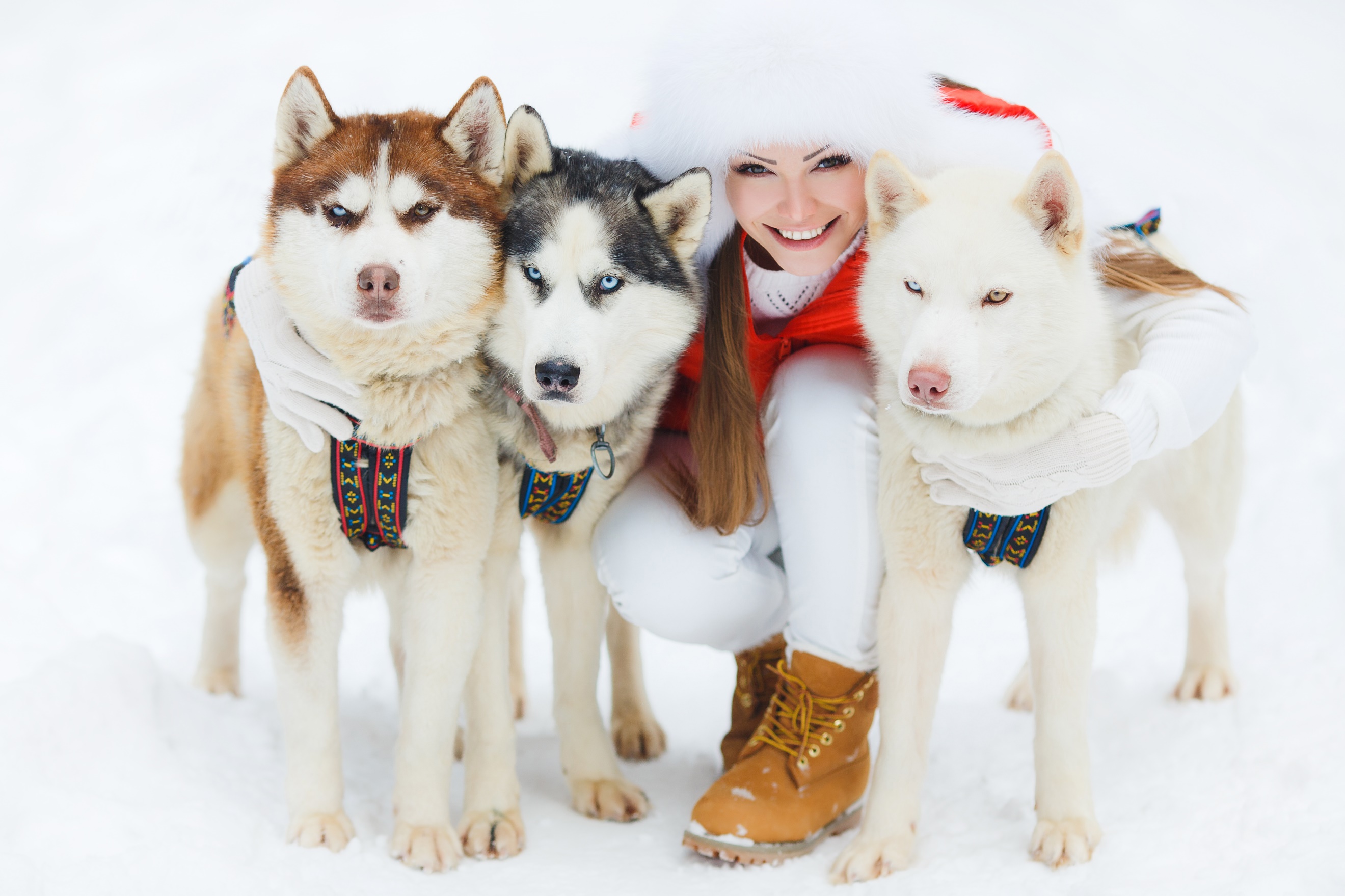 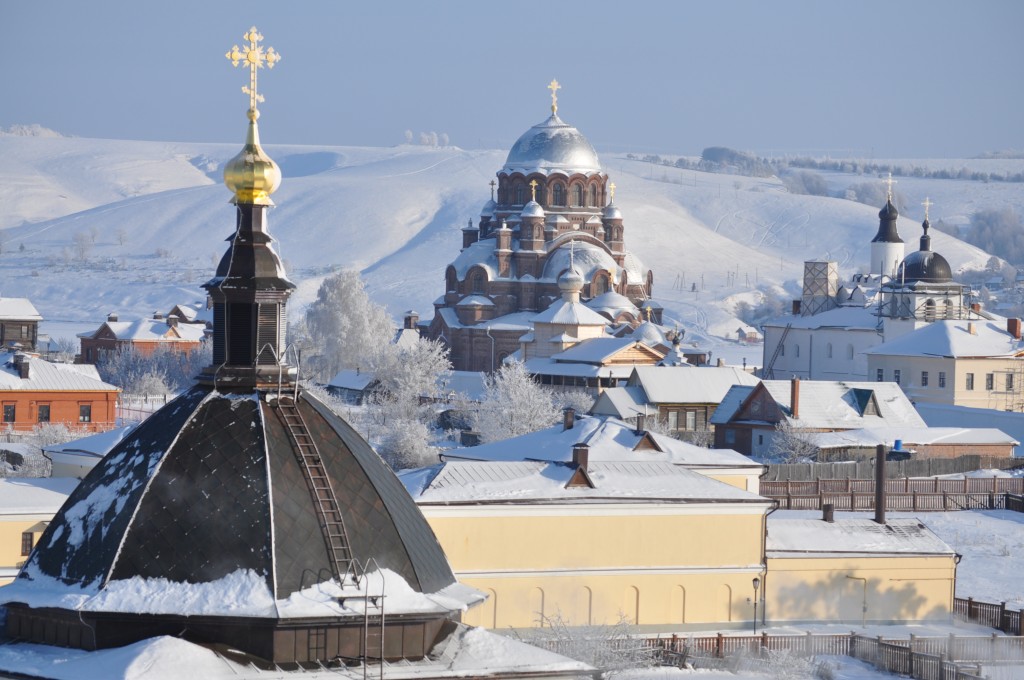 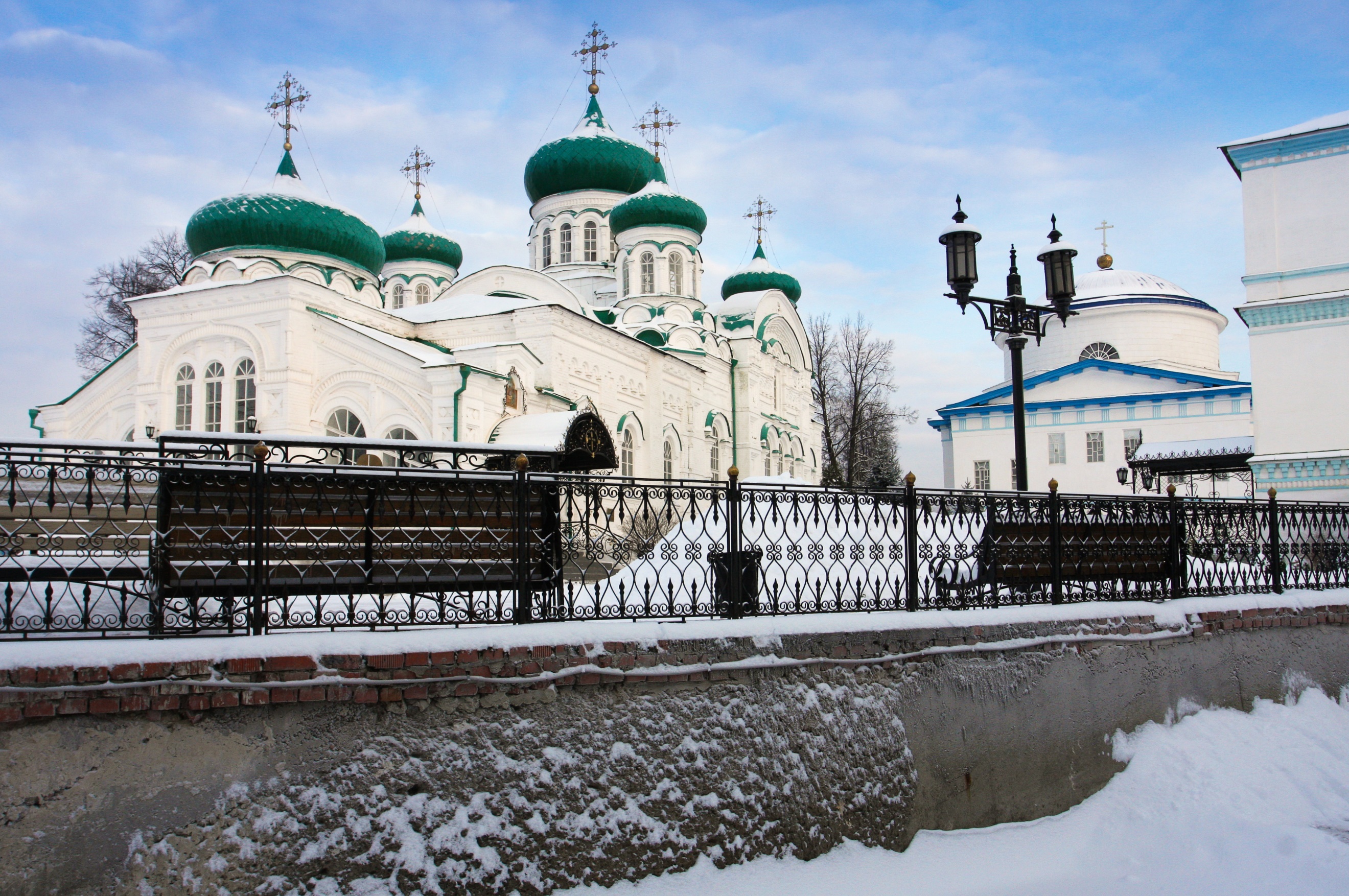 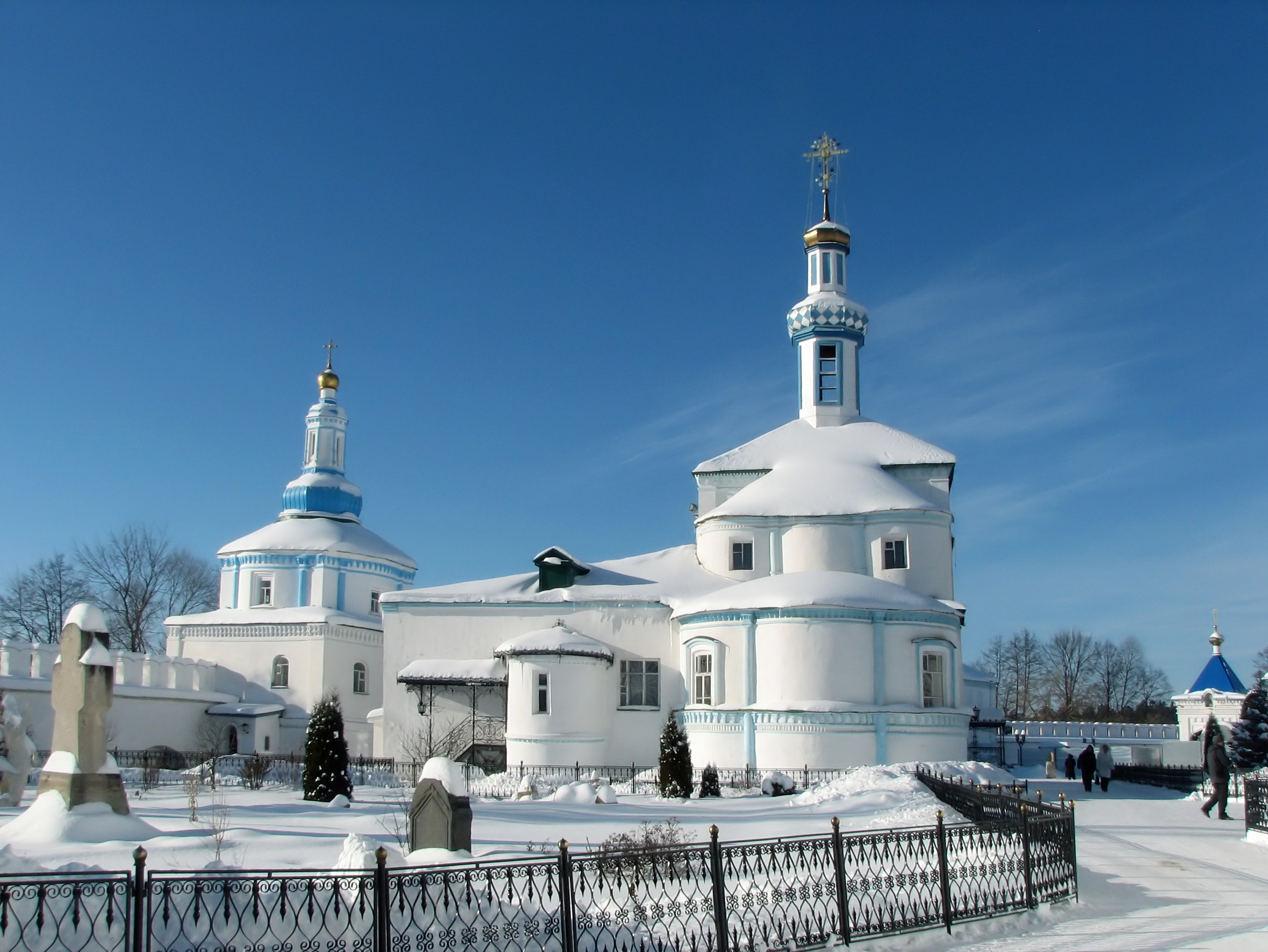 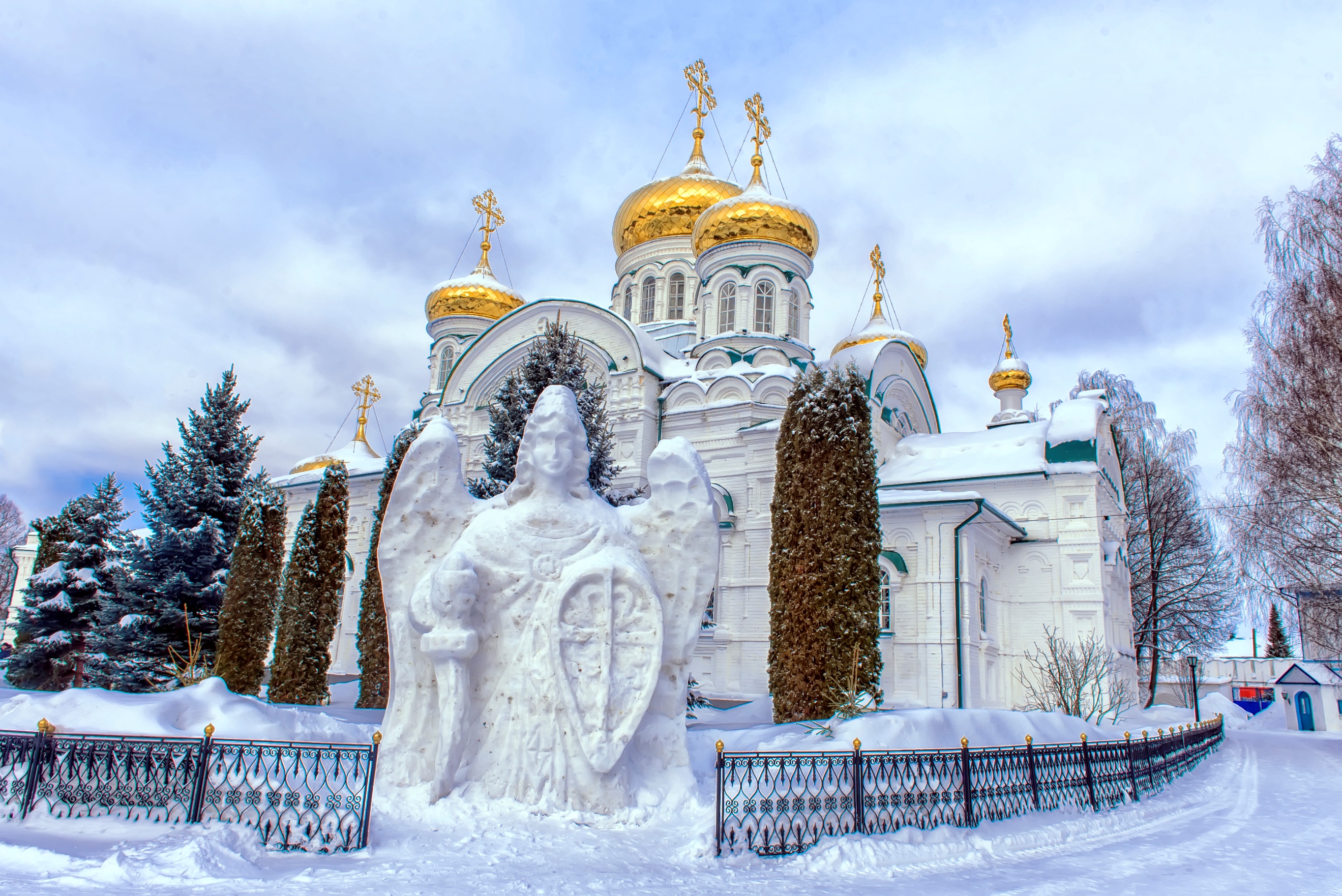 Explore the city at your own.

Husky Park visitors take pictures with a husky, ride a dog sled and just have fun in a pleasant company of local residents. Visitors "Husky Park" photographed with husky, ride in a dog sled and just have fun in the pleasant company of local residents. In addition to the location with dogs on the territory of "Husky Park" is a lot of places worth attention. Guests can walk through all the exhibits presented in the Park. Among them is an exhibition of throwing weapons, ethno-tools, as well as unusual clothing and household items of the Northern nomadic peoples. Also in the "Husky Park" is the national Chukchi chum. Not far from it are the "homes" of other peoples – the Tatar-Mongols and Indians.

Optional Bus tour to the Island Town of Sviyazhsk

Sviyazhsk is a historical and cultural pearl of the Republic of Tatarstan. The ancient fortress, built under the reign of Ivan the Terrible, served as a military outpost in the Volga region and a place for the preparation of military units to march on the impregnable fortress of Kazan. Over time, having lost the importance of a military fortress, Sviyazhsk became the spiritual center of the Middle Volga. Winter landscapes give this place a special beauty and attractiveness.

Covered with legends Raifa is located 30 km from Kazan, in a protected forest, on the shore of the marvelous beauty of the lake. The monastery was founded in the 17th century. Its architectural ensemble, one of the most majestic in the middle Volga region, was formed over the centuries. The main Shrine of the monastery is the miraculous Georgian image of the blessed virgin Mary (XVII century). Monastic buildings and Raif lake look great in winter decoration-the soul rests there like nowhere else. Near the monastery are built a variety of original buildings made of ice. In the ice city there are slides, figures of animals, birds, angels. 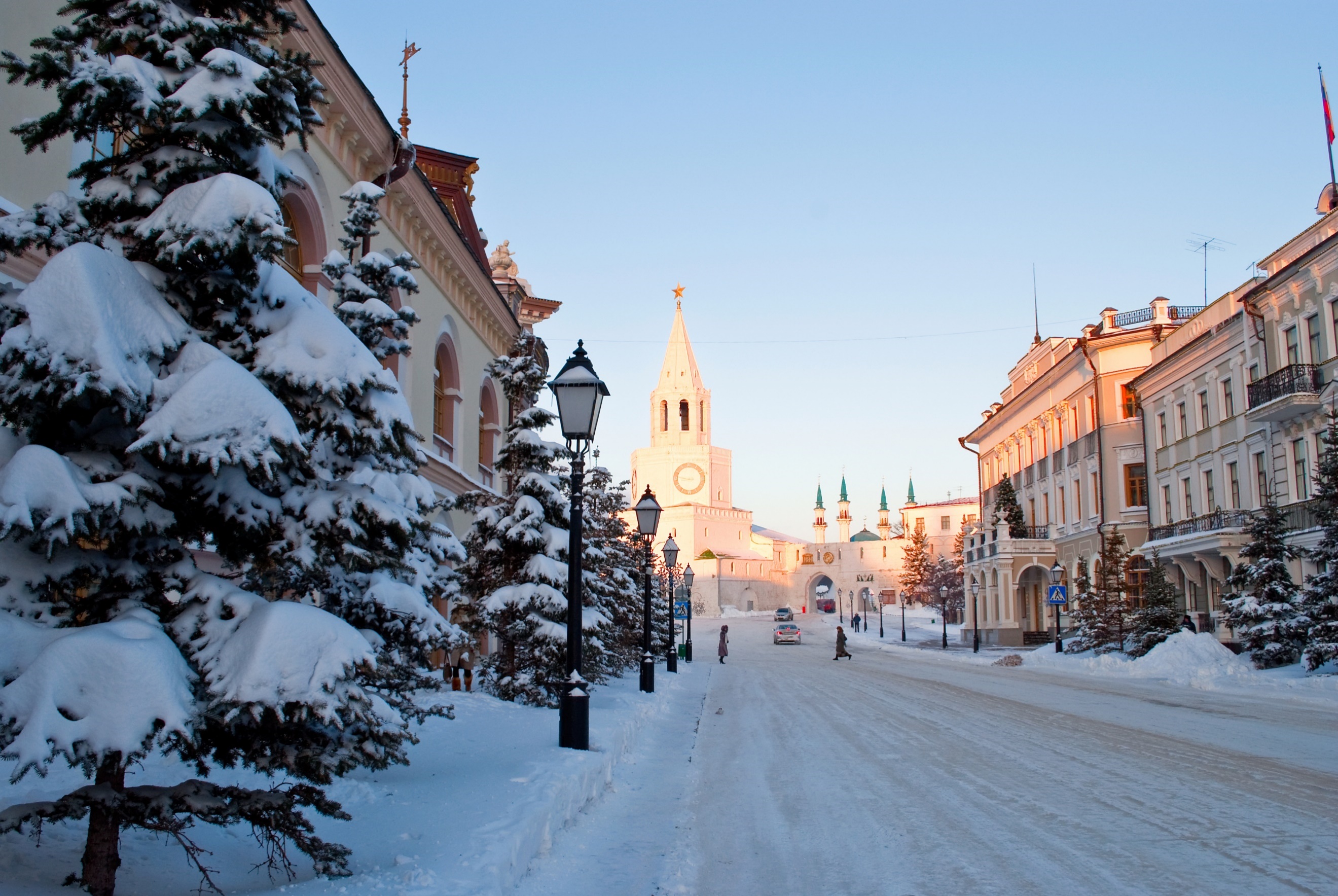 Transfer to the airport or railway station.