The Beauties of Karelia 2023

It is our new amazing summer fixed tours “The Beauties of Karelia”!

Karelia is a region of Russia where the amazing nature of the North of Russia has been preserved: rivers and lakes, canyons and waterfalls, dense forests; it is a land famous for its charming landscapes and unique architectural monuments.
During our tour you will have the opportunity to visit the mysterious island of Valaam on a meteor, enjoy the beauty of the Kizhi Museum of Wooden Architecture in the open air (a unique architectural monument under the protection of UNESCO), ride a retro train to Ruskeala with its famous marble canyon, and much more...
We also recommend extending your stay in Russia by adding to the “Beauties of Karelia” our additional program for a few days in Saint-Petersburg before and after the tour.
The program is organized in English, French, German, Italian, Spanish and we will be happy to send you our exclusive prices!

We recommend to book with us the extension in Saint-Petersburg: 2 nights before + 2 nights after the tour. 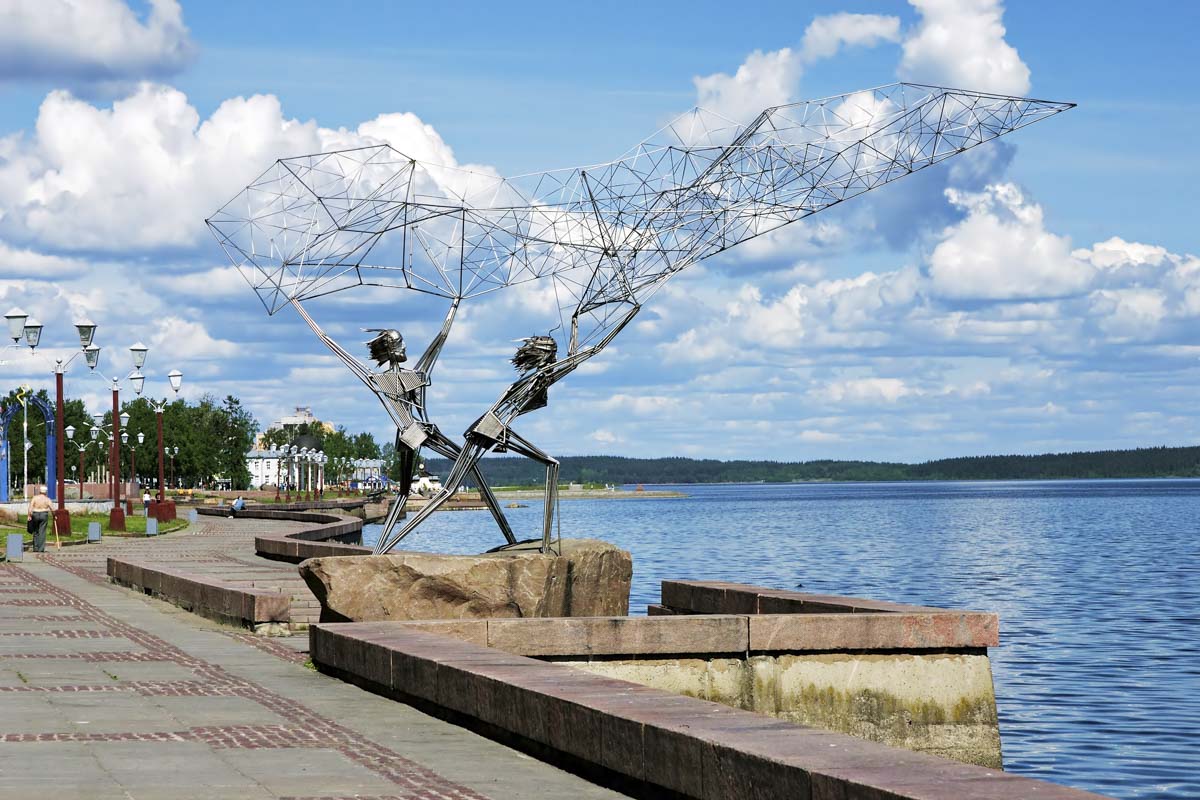 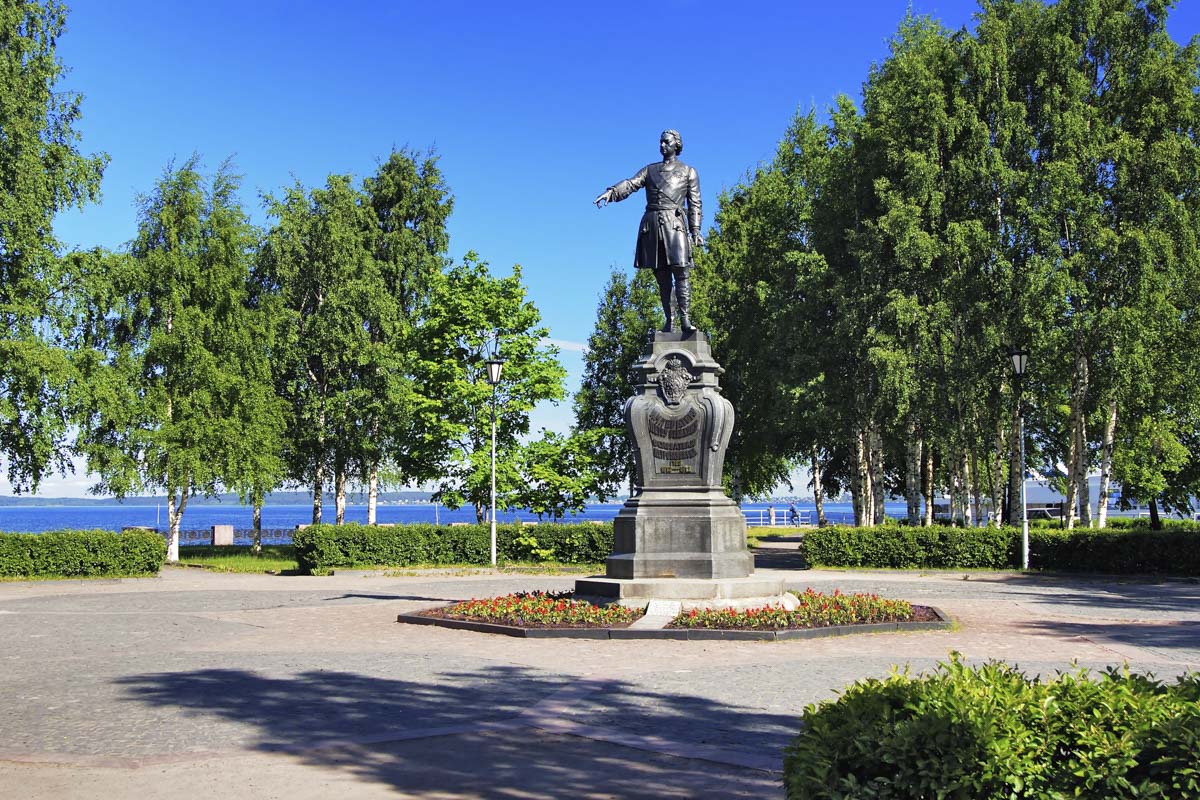 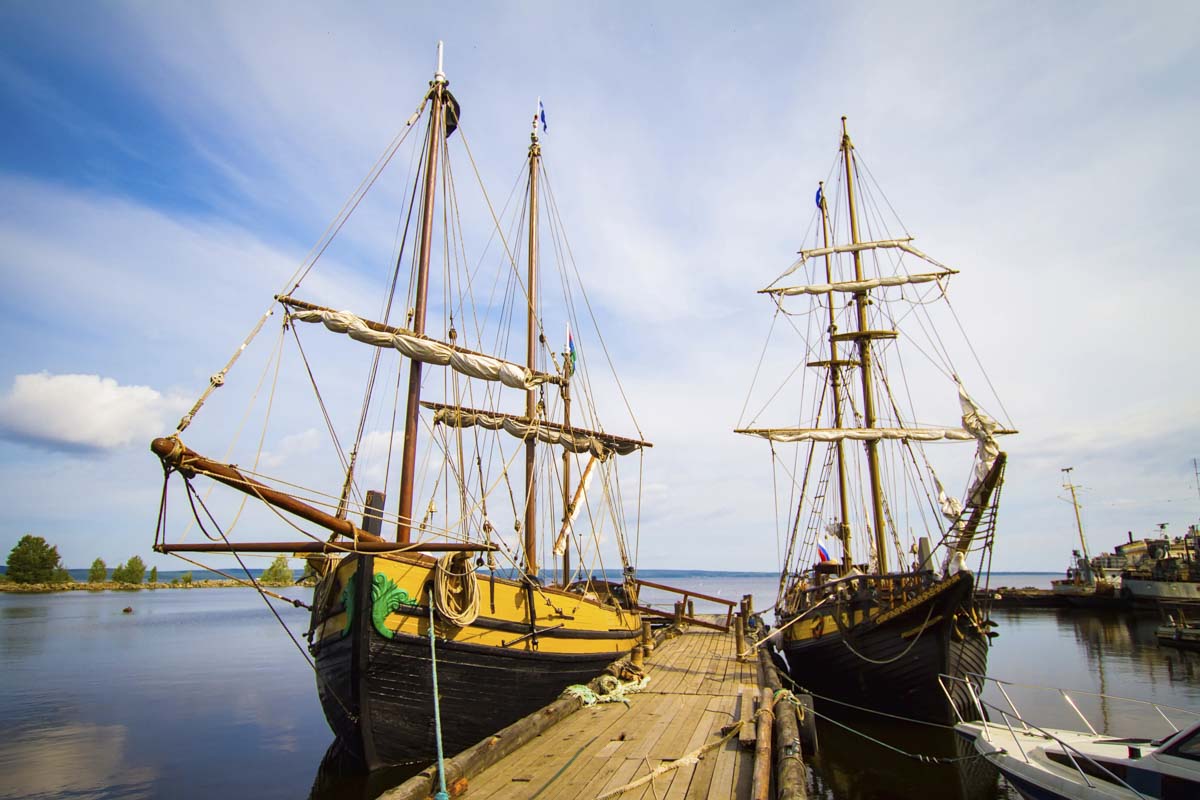 Optional: Train from Saint-Petersburg to Petrozavodsk.

Transfer from Petrozavodsk railway station to the hotel. Check in. 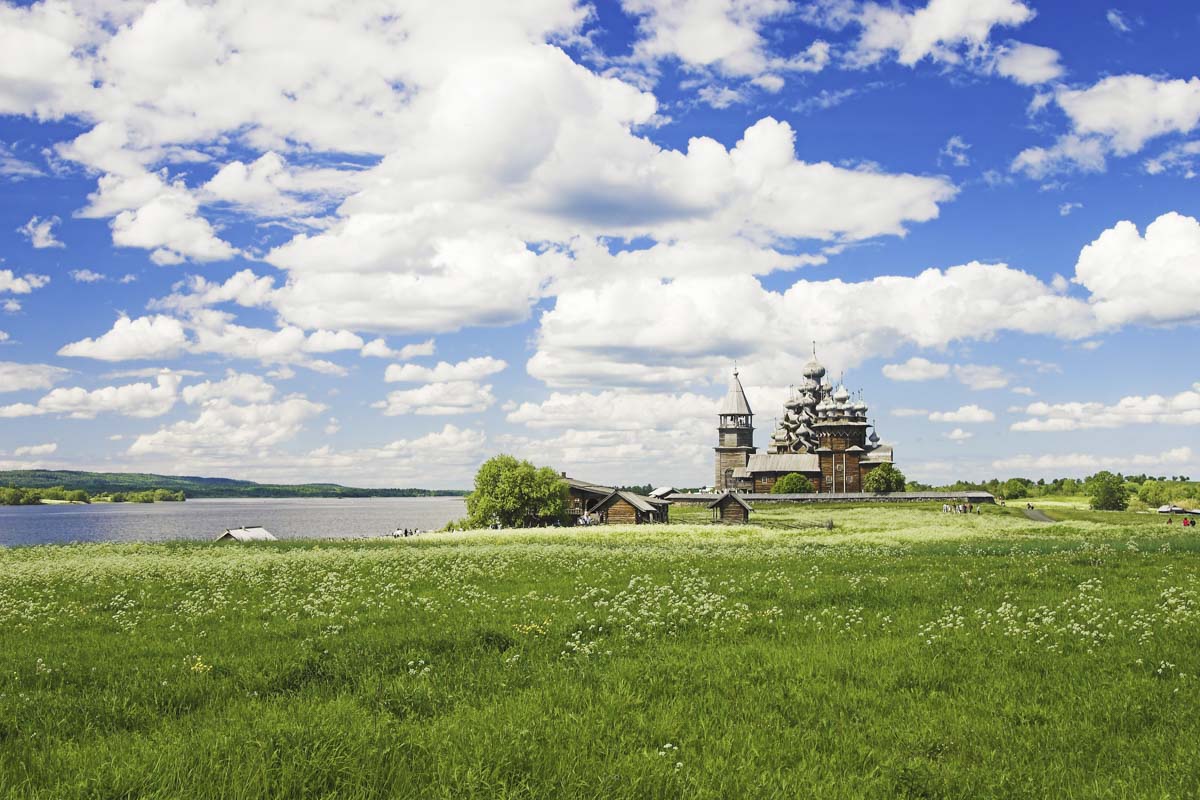 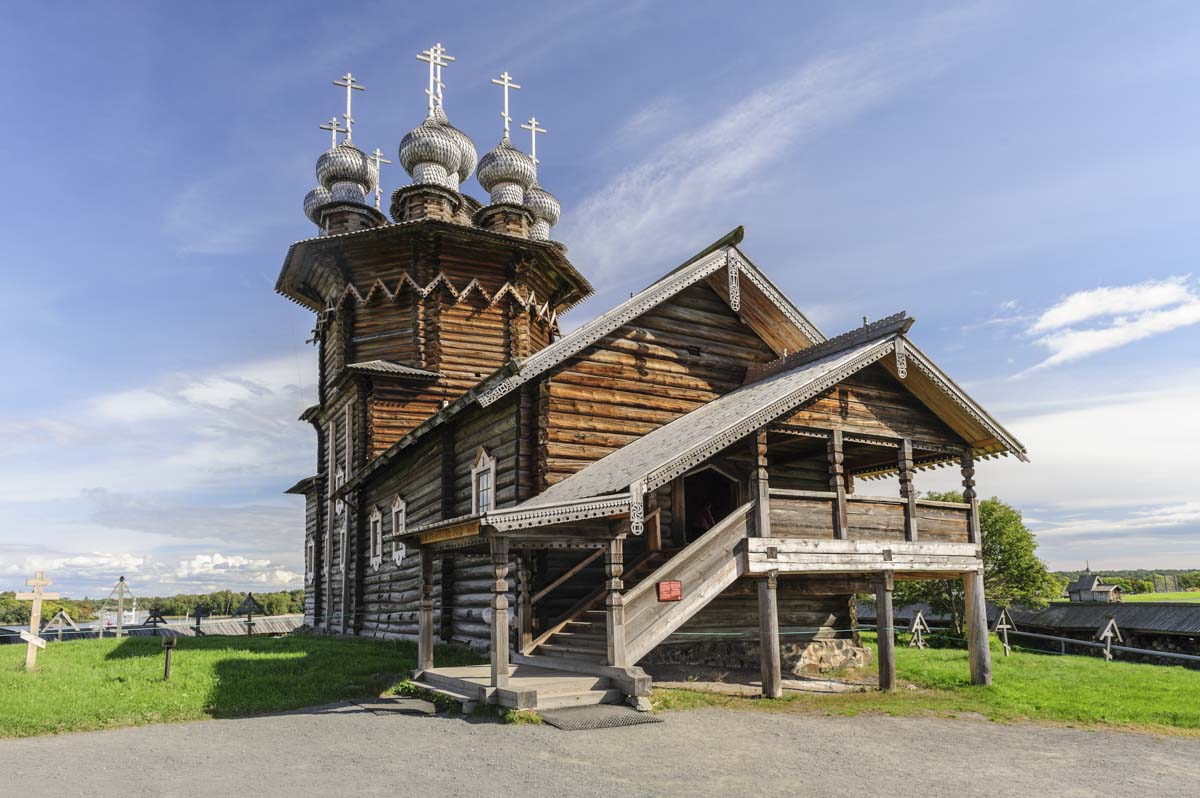 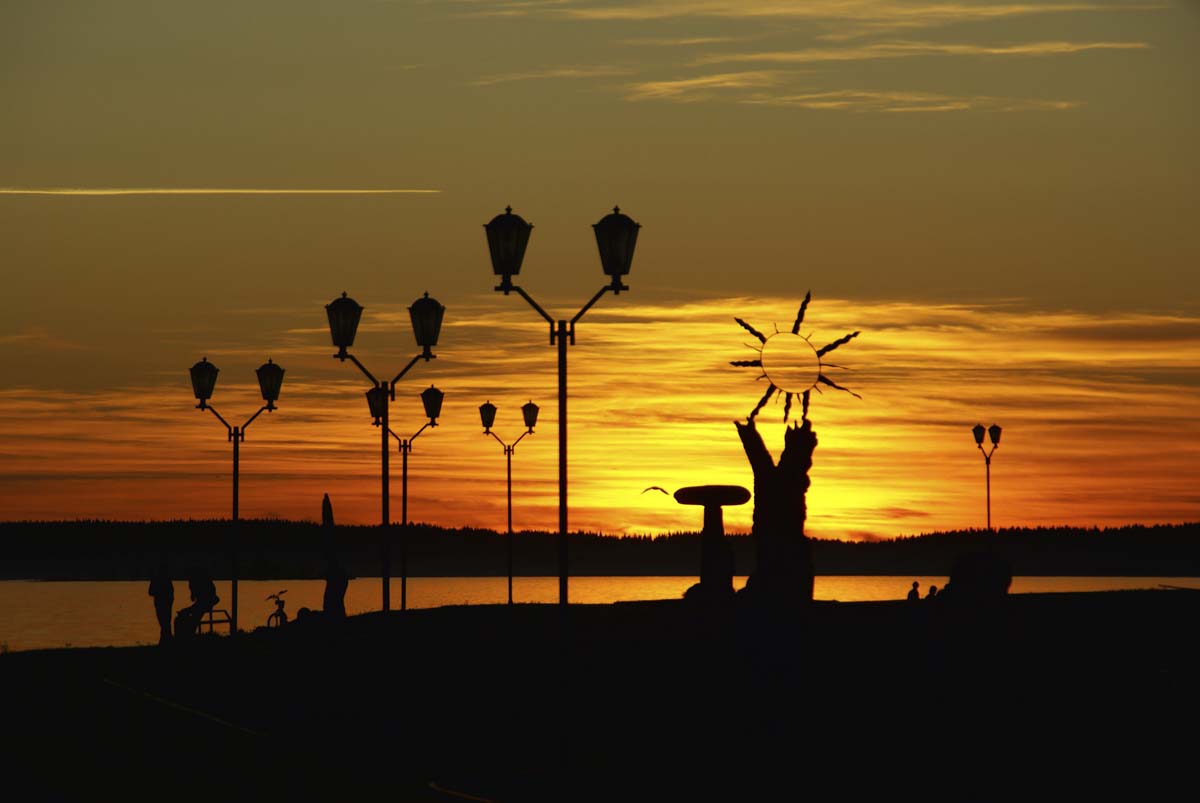 Transfer to the pier. Departure to the Kizhy island by high-speed ship meteor (~1h 20 min).

Visit to the Museum of wooden architecture.

Kizhy Museum-reserve is one of the largest open-air museums in Russia, a protected monument of wooden architecture. It is called no other than the 8th wonder of the world – it is so unique. The unique architectural ensemble of the Kizhy churchyard includes about 80 buildings of various levels and purposes: churches, wooden chapels, bell towers, and a mill. In 2020, the restoration of the main monument of the Kizhy Museum-Reserve was completed. It is the 22-domed Church of the Transfiguration of the Lord in 1714, which is recognized by UNESCO as the only monument of wooden architecture in the world for its architectural merit and of particular cultural significance, built without a single nail. It is in this fabulous place that you can feel the spirit of the distant past of Karelia. The feeling of this deep antiquity makes Kizhy island even more attractive and mysterious.

Attention: you need comfortable shoes and raincoats / umbrellas (in case of rain).

Free time to explore the island on your own.

Return to Petrozavodsk by meteor.

Petrozavodsk is the same age as Saint-Petersburg and the capital of the Republic of Karelia. This is a city that you can't help but fall in love with! The emergence of Petrozavodsk is connected with the stormy historical events of the beginning of the XVIII century: the struggle for Russia's access to the Baltic sea, the reconstruction of the entire life of the country in the “European manner”, the active development of industrial production. You will get acquainted with the main sights of the city, learn its history, and you will also have the opportunity to walk along the embankment of the city, which is the pride of Petrozavodsk residents. 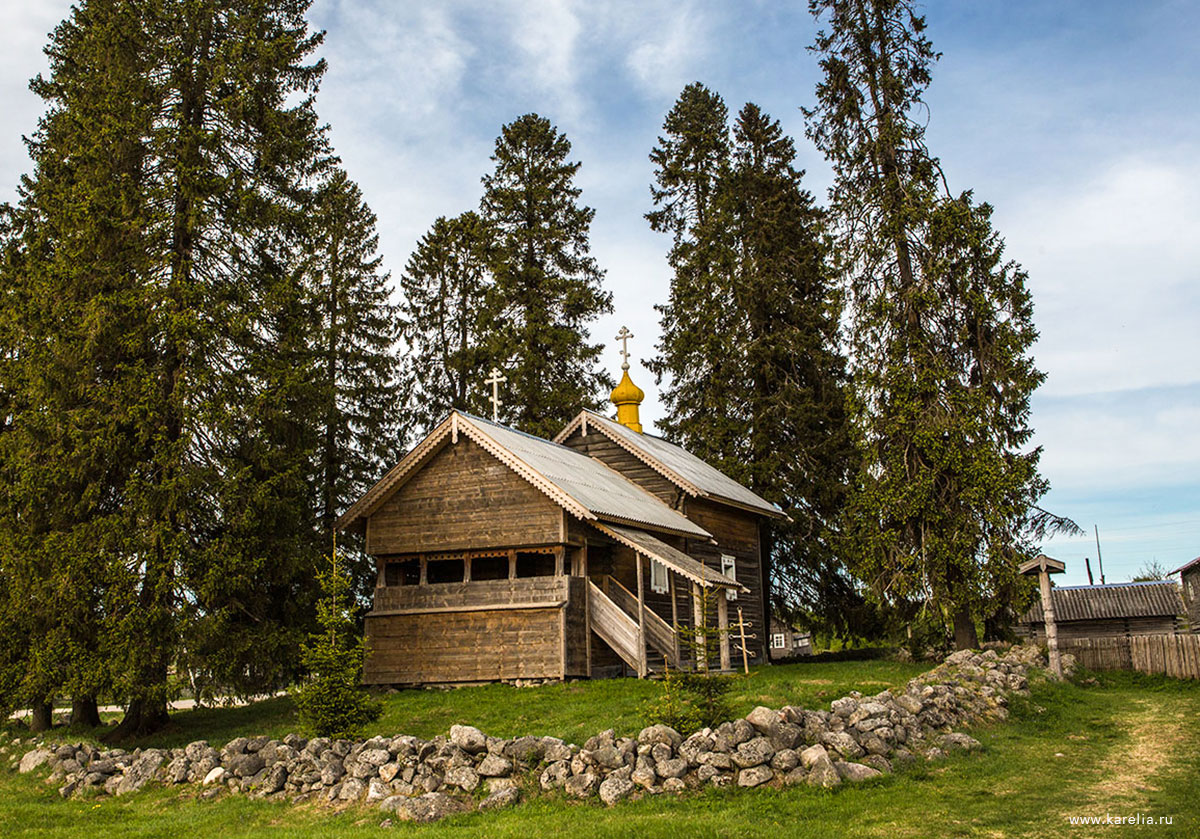 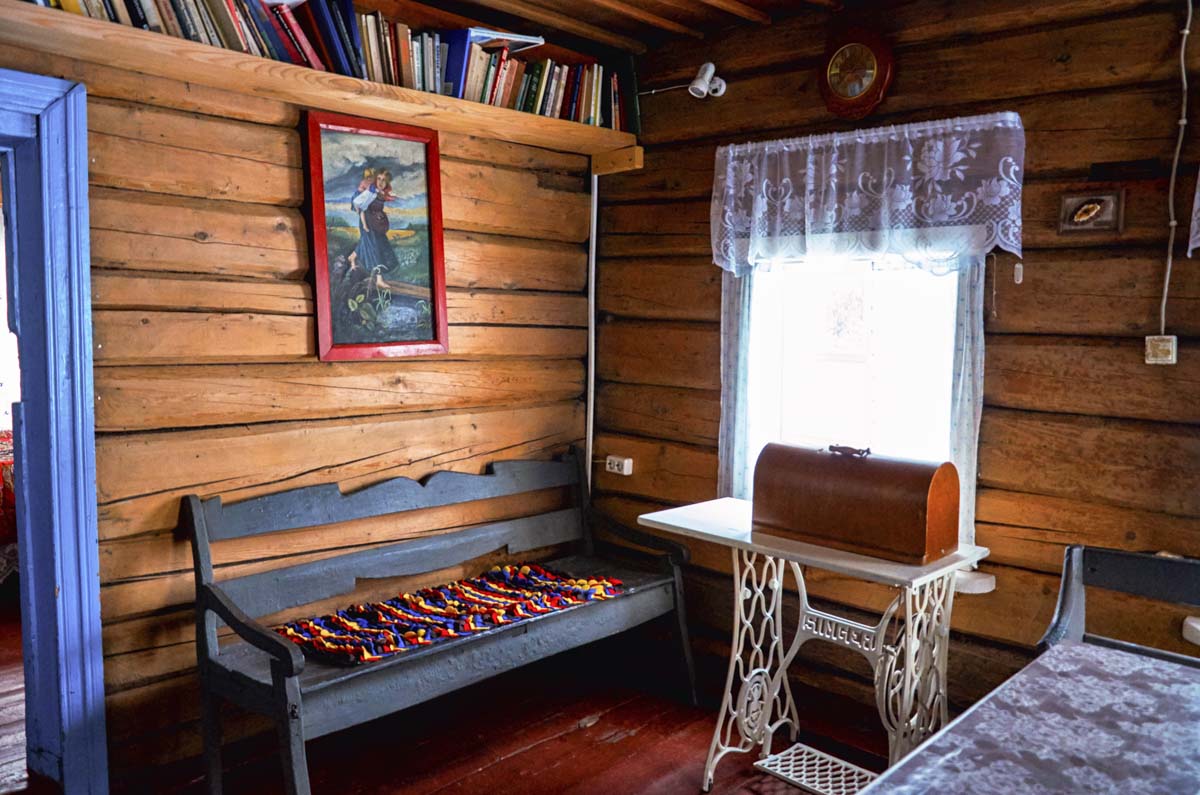 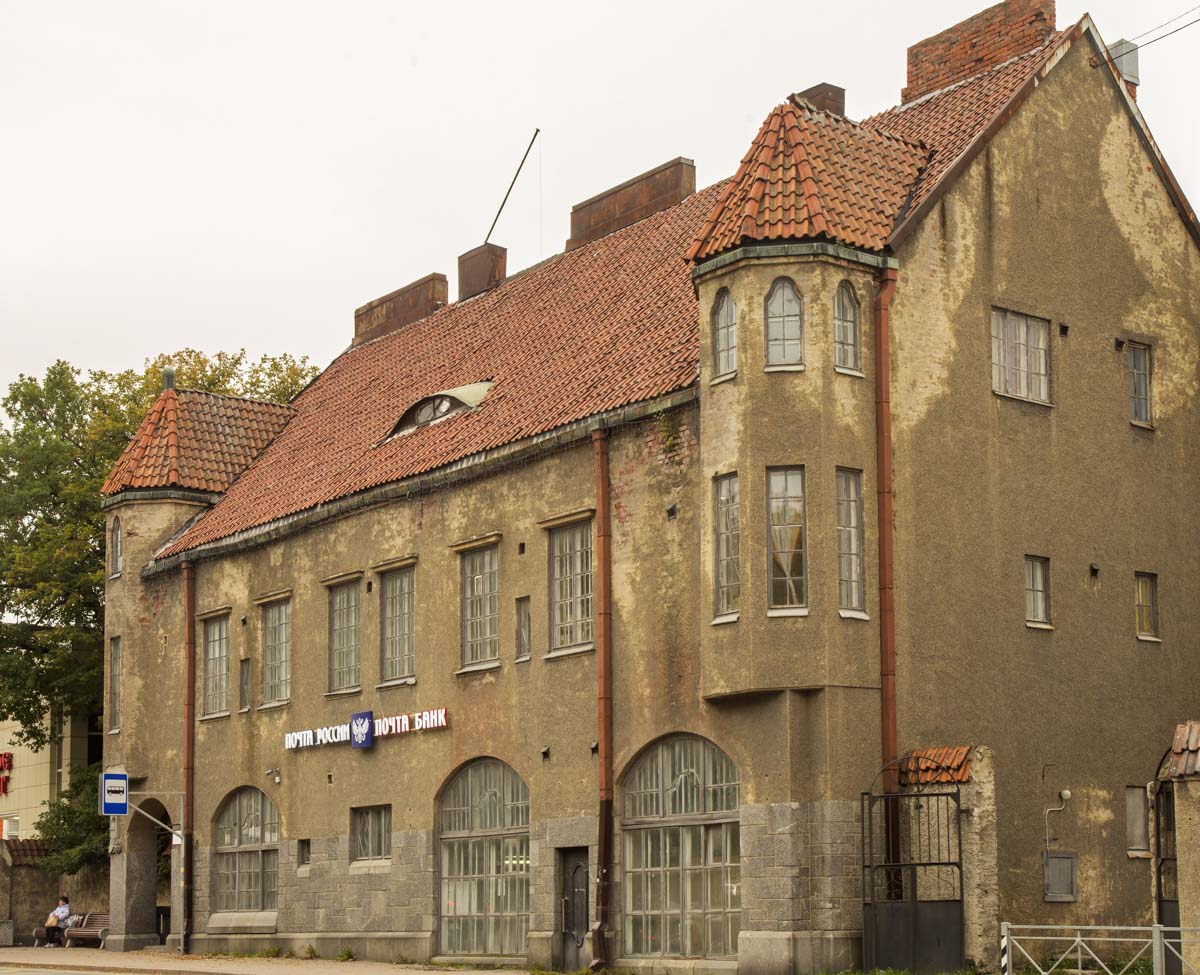 Transfer to the village of Kinerma (~1h 30min).

Tour of the village with a visit to museums.

Kinerma was recognized as the most beautiful village in Russia in 2016. The village is an open-air museum: 7 of the 17 buildings in Kinerma are recognized architectural monuments. The history of the village can be traced back to 1563. Today Kinerma is a unique complex monument of folk wooden architecture of Karelia of the XIX century, which includes the village chapel of our lady of Smolensk of the second half of the XVIII century, peasant houses and baths in the black of the XIX century. You will walk around the village, visit the house-museum and get to know the locals.

Sortavala, which has changed its name three times in different centuries, belonged to the ancient Karelians, Swedes, Finns and Rus, so here you will find an amazing interweaving of cultures and nationalities. Sortavala is deservedly called the most Finnish city in Russia, a museum of Finnish architecture and the capital of the Northern Ladoga region - the city is located on the northwestern shore of Lake Ladoga, on both sides of the Lappajarvi Bay. Due to its exceptional geographical position and favorable natural conditions, the territory of Sortavala has always been attractive for settlement. During the excursion, you will stroll through the ancient streets, admire the northern landscapes and architecture of the ancient city and learn its history. 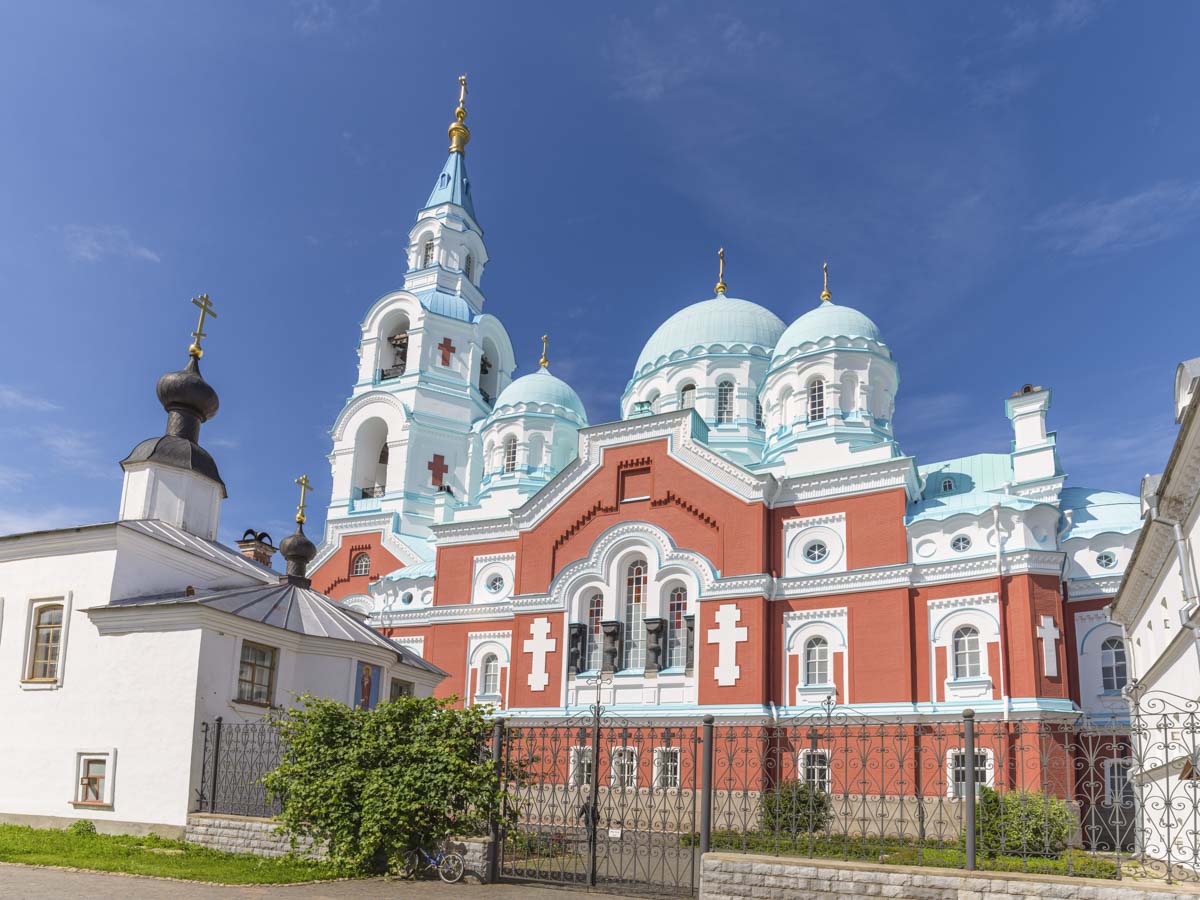 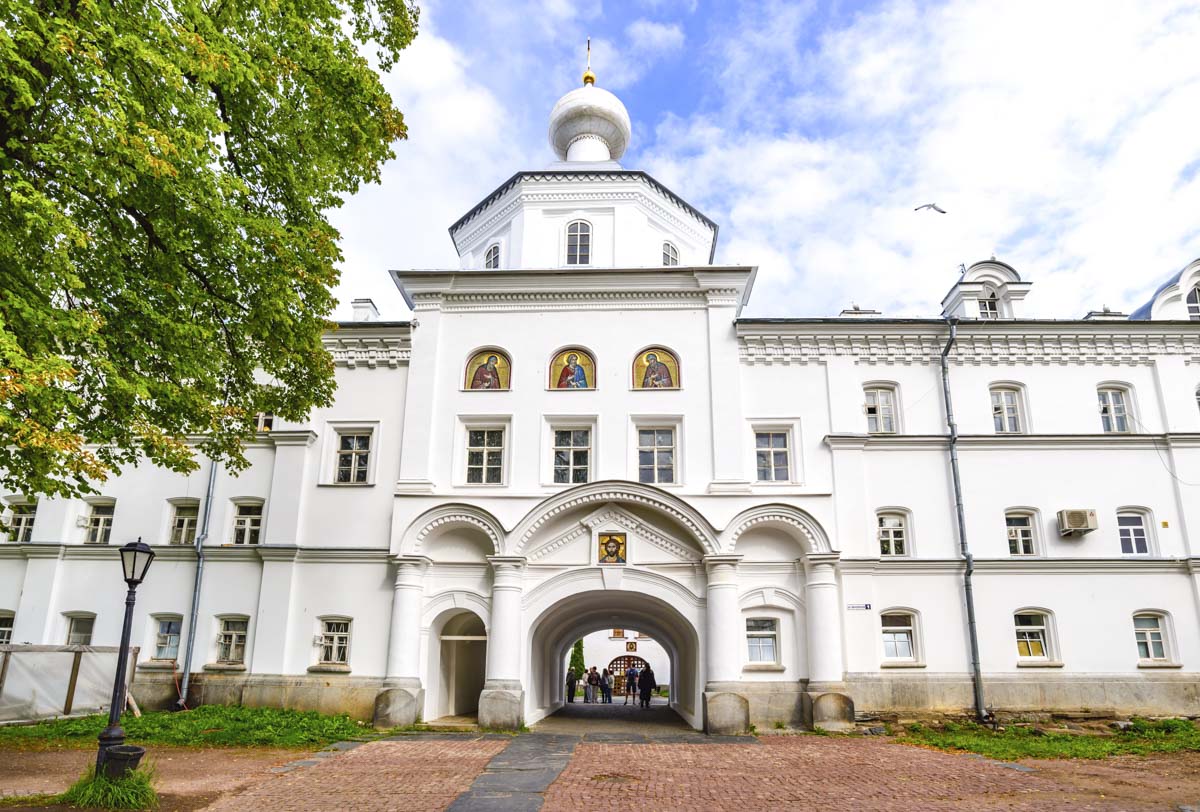 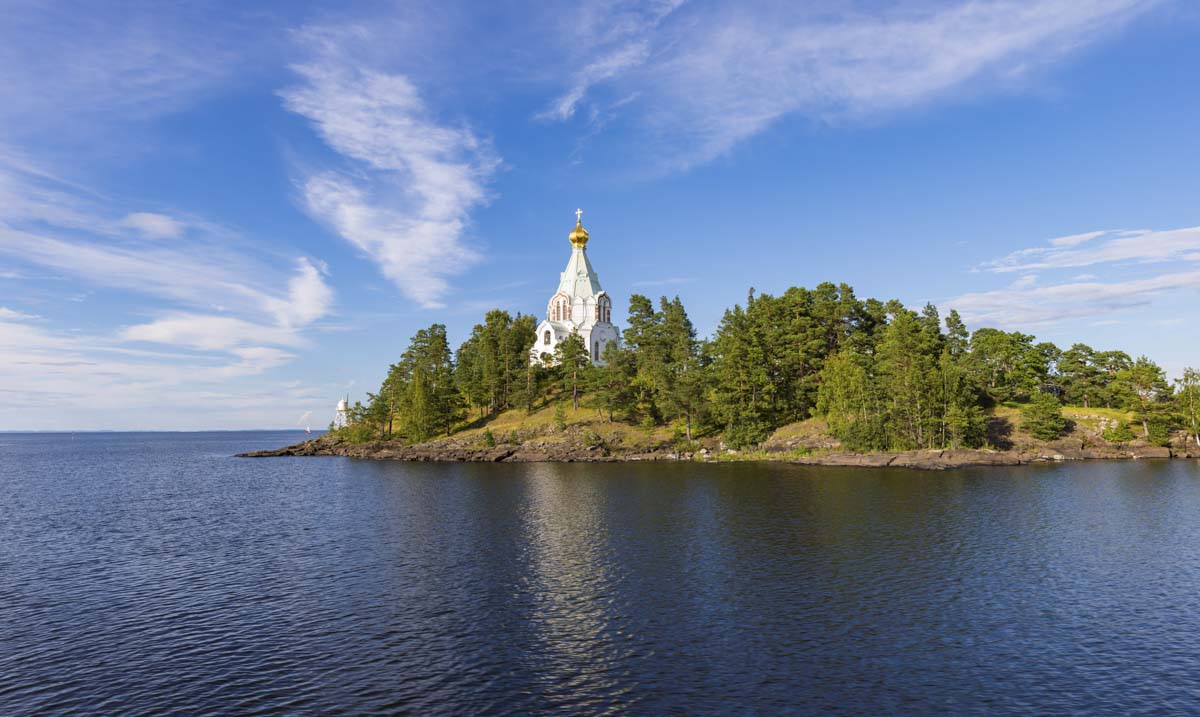 Transfer to the pier.

Excursion of the Central Estate.

The Russian North has always been famous for its natural beauty. Located in the Northern part of Lake Ladoga, the Valaam archipelago is no exception. Sheer cliffs that take on the mighty waves of Ladoga, and the quiet peace of inland lakes, age — old firs and pines that resist cold winds, and the discreet beauty of light alleys and gardens, the harsh grandeur of pristine Northern nature and the originality of architectural ensembles-all this gives Valaam a unique appearance of one of the most beautiful Islands in the world. But the earthly beauty of these places is also a visible reflection of the unearthly, spiritual beauty. For all Orthodox people, Valaam is unthinkable without its ancient monastic monastery, which for centuries was the spiritual center of Orthodox Russia and was rightfully called Northern Athos! You will take a tour of The Central estate of the monastery with a tour of the Transfiguration Cathedral, the assumption Church, Pokrovskaya, Blagoveshchenskaya, Znamenskaya, and All the Joy-sorrowing chapels.

Late lunch at the monastery refectory.

Return to Sortavala by meteor. 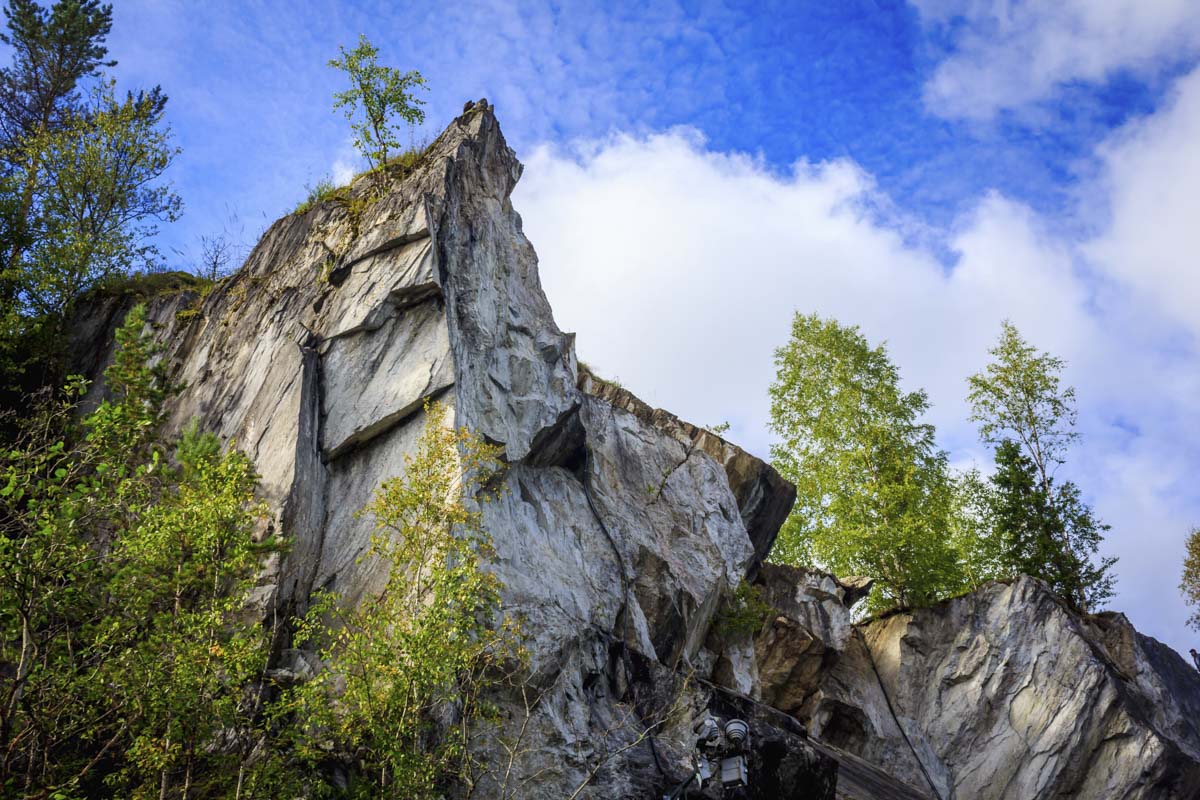 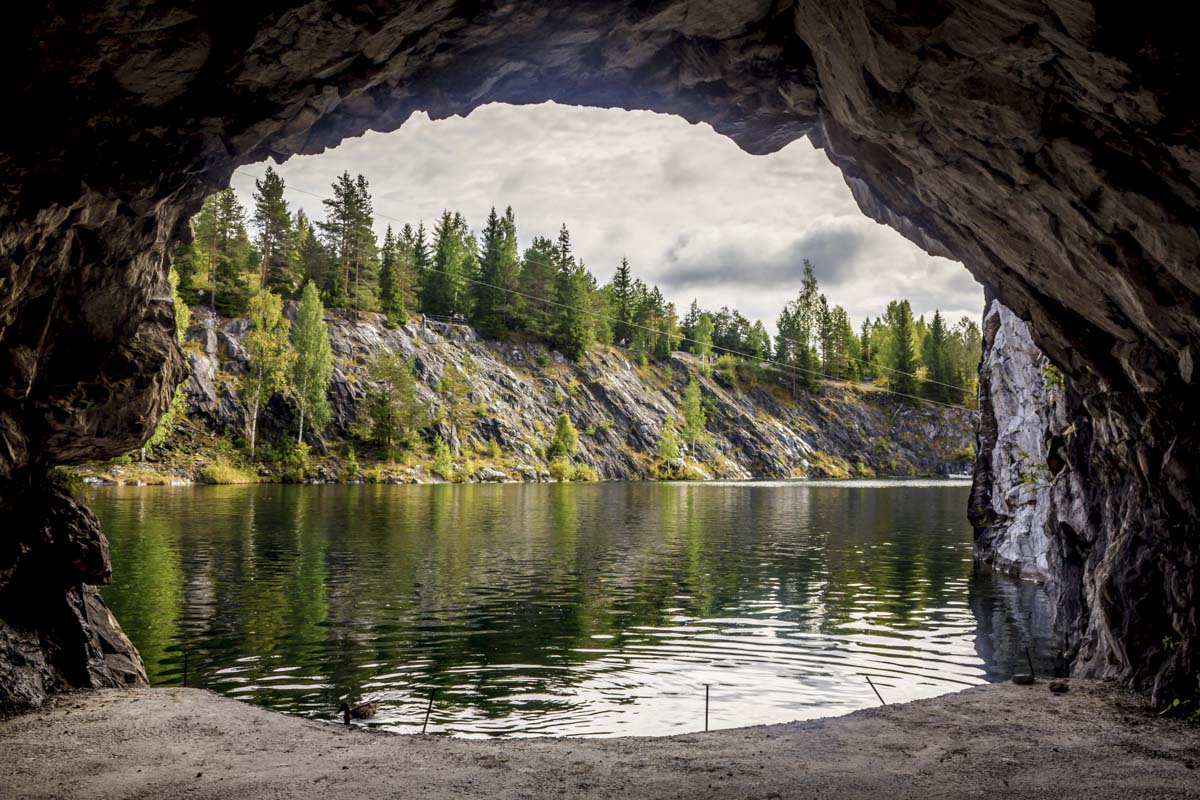 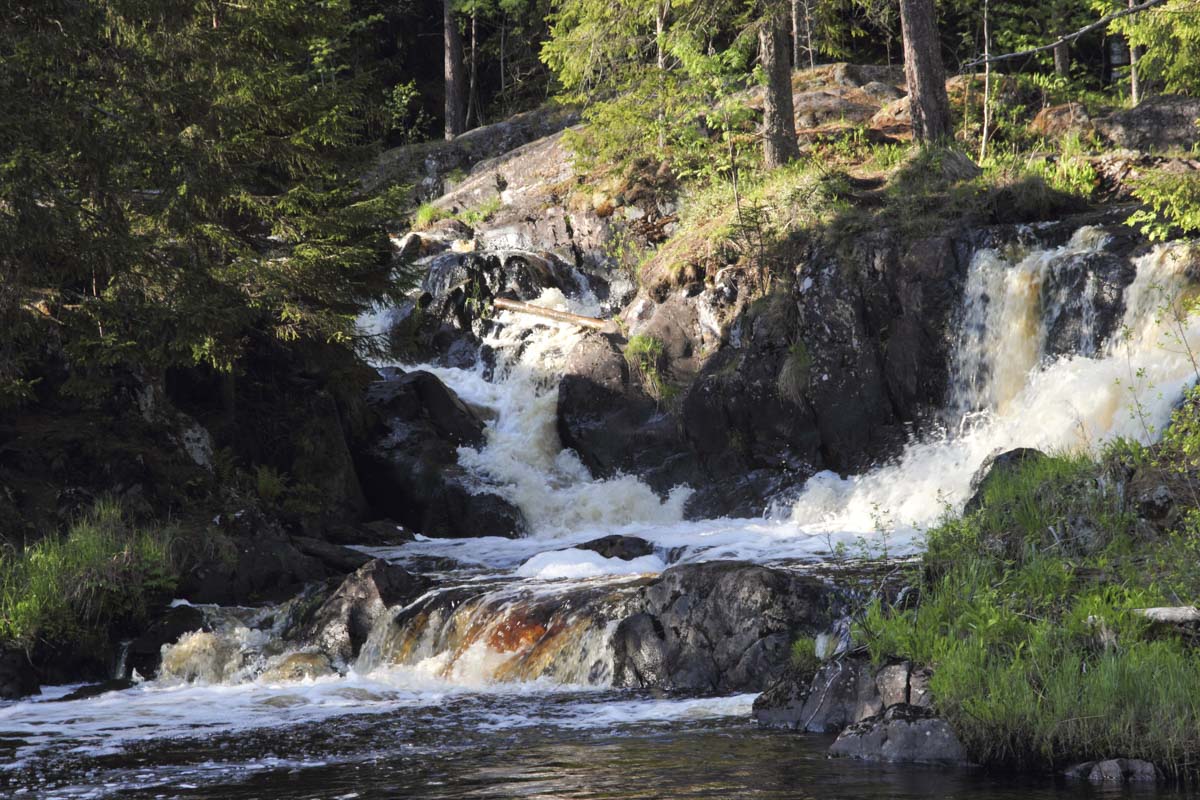 We offer you a trip to the famous mountain Park “Ruskeala” on a steam-powered Retro train. This is a unique opportunity to immerse yourself in the past, in the era of Imperial Russia – the interiors of the compartment cars and the restaurant are made in the style of the Nikolaev Express of the 19th century. Ruskeala mountain Park is a natural ensemble that is beautiful at any time of the year. Along the left Bank of the Tokhmayoki river (translated as “mad”), three quarries were formed in the process of marble mining, connected by adits and drifts. Stone mining stopped, and the old abandoned quarries turned into beautiful mountain lakes – white marble bowls filled with the purest blue-green water. Long-dormant mines and tunnels have become like mysterious caves and grottos... Ruskeala marble the color of white nights, with greenish flashes like the Northern lights, was extracted to decorate the temples and palaces of St. Petersburg, the fountains of Petrodvorets, the columns of Tsarskoye Selo and Gatchina! A truly luxurious stone! Tour of the canyon.

Free time to explore the park on your own. 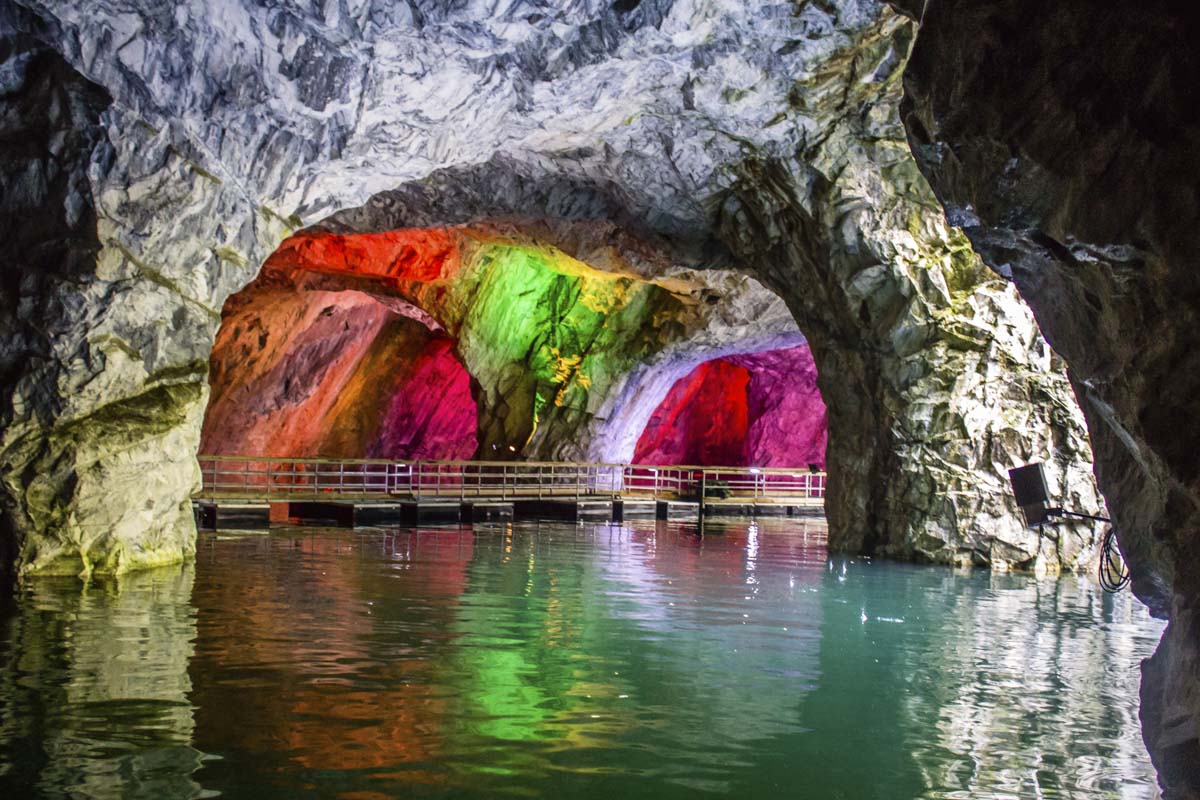 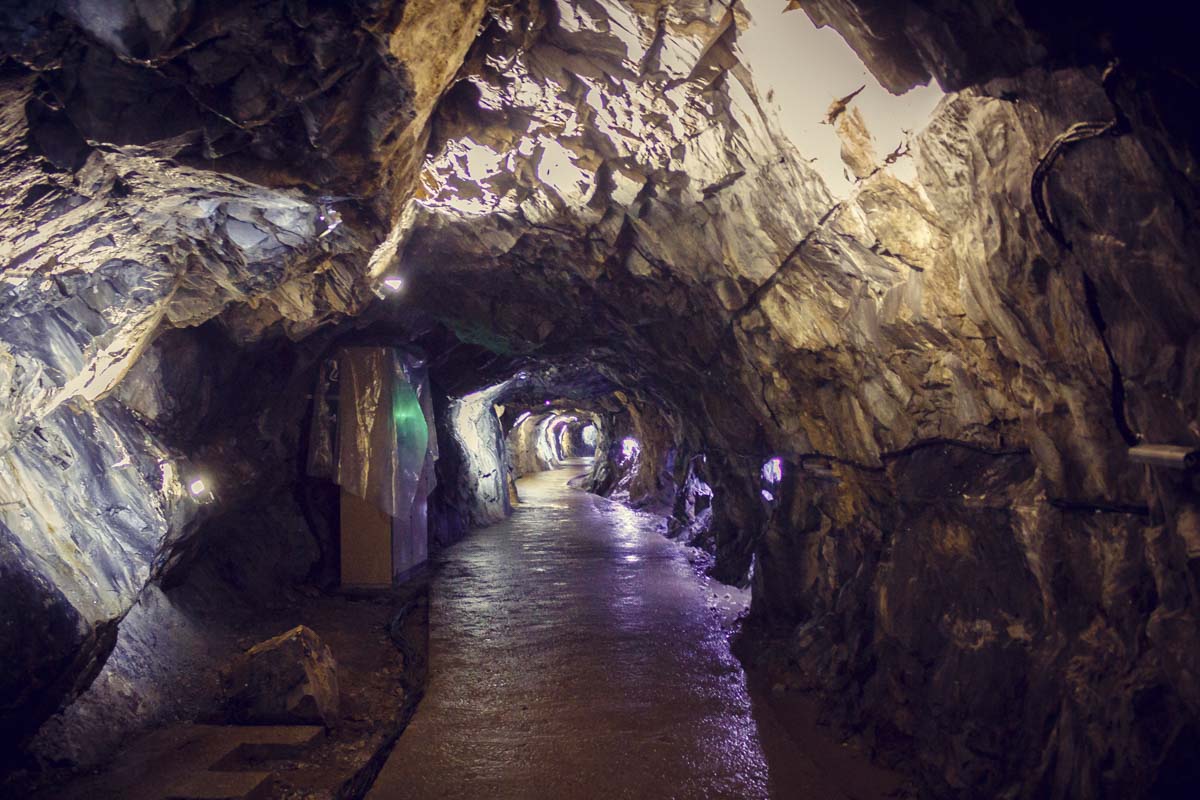 We invite you to join a unique speleo route in the mountain Park. Within an hour, the guide will guide you through the cleared Ruskeala tunnels and show you the marble caves, the pillared hall and the underground lake. The entire space of the caves is decorated with multi-colored dynamic lighting and is complemented by thematic music, so that visitors get an unforgettable experience.

! Attention: the temperature in the tunnels is kept at the mark +6 – +8°C, dress warmly.

Karelia has always conquered and still conquers with its beauty and untouched nature. So, one of its picturesque attractions is the Ruskeala waterfalls, which are visited by a huge number of tourists every year. Ruskeala waterfalls are four flat waterfalls, the height of which varies from 3 to 4 meters. Transfer to the hotel in Sortavala (~30 min). 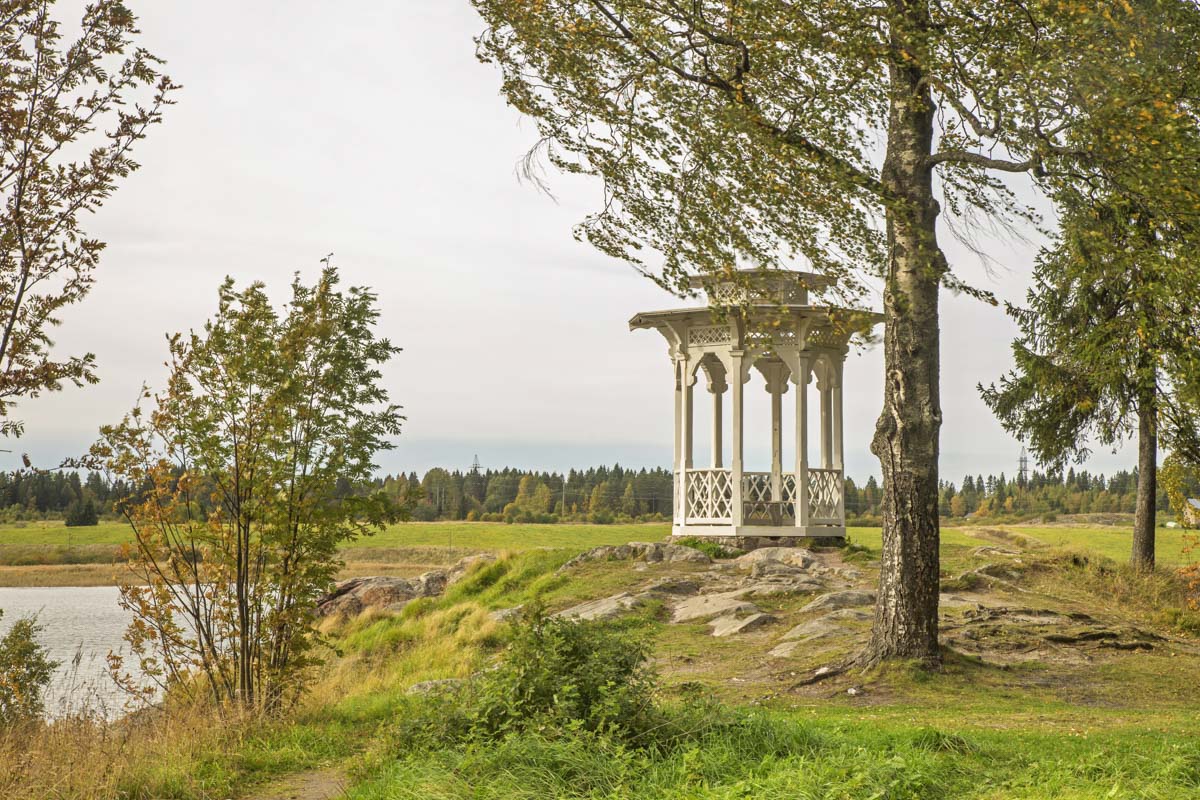 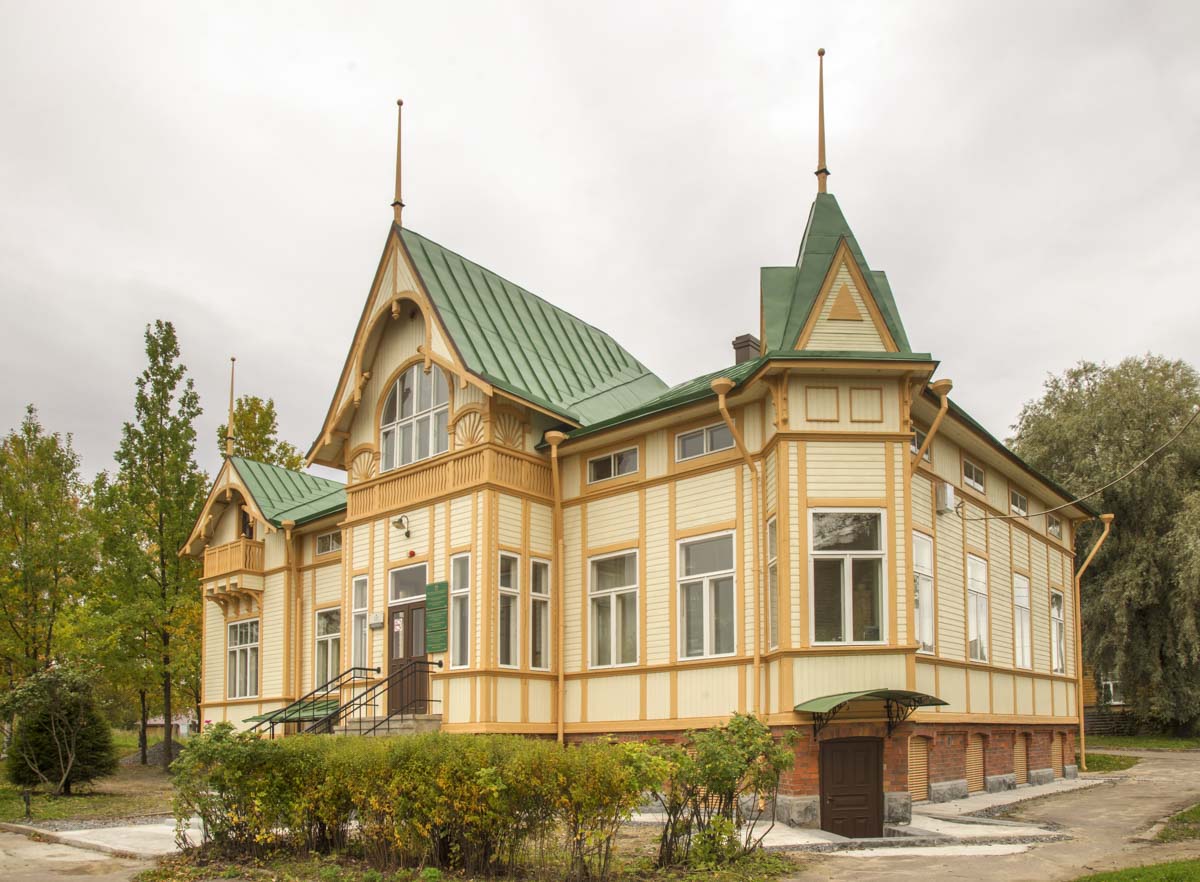 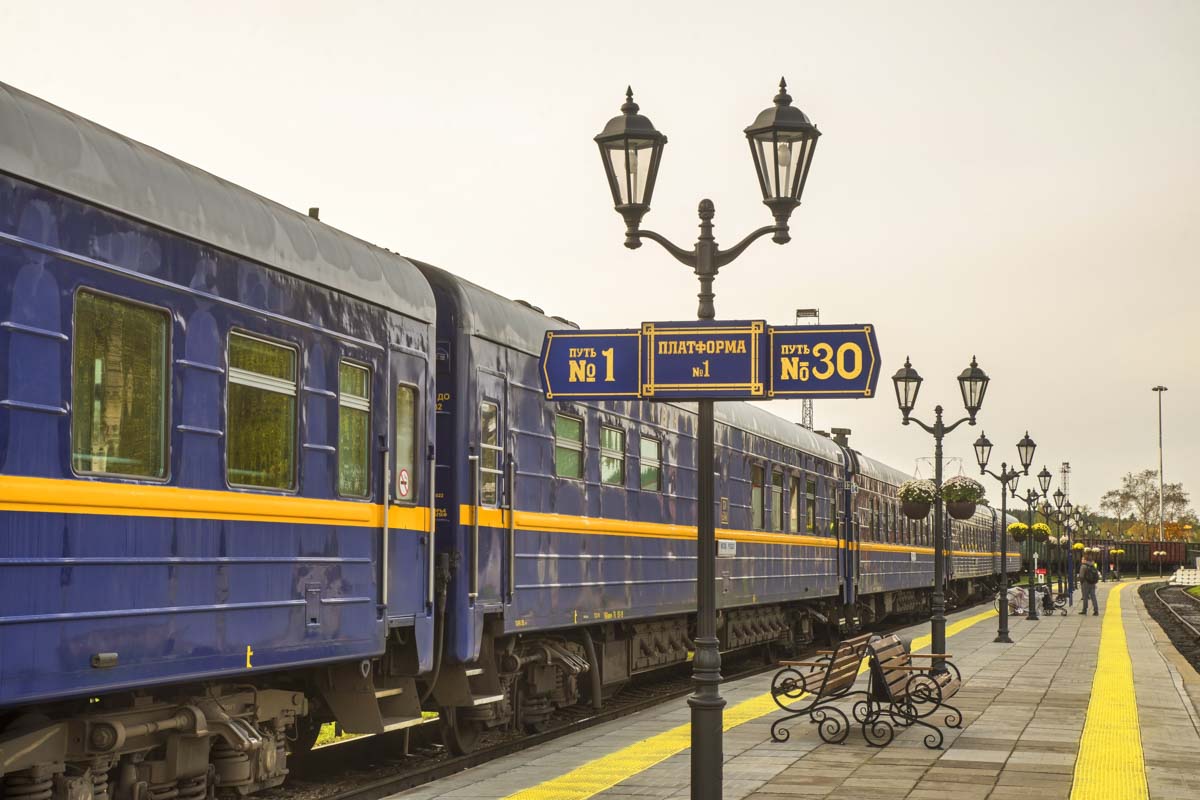 Breakfast at the hotel or breakfast boxes. Check out.

The end of the tour.

Optional: Train from Sortavala to Saint-Petersburg.

*If restrictions are imposed on the entrance to museums for a certain number of people, we can serve group requests with the division of groups into smaller ones, with the predominant use of the same transport (or with a different number and capacity of transport), but with a large number of guides

**Some museums or excursions can be excluded from the program if circumstances beyond the control of the tour operator require it (time constraints due to covid-19 / bans on the operation of facilities). At the same time, as far as possible, we will offer an alternative replacement.