Collect all the treasures of the Altai mountains during this tour taking you to the region's 50 top-of-the-list attractions. There are fabulous opportunities to explore the untouched nature of the mountains with its crystal-clear lakes and waterfals, caves and turbulent rivers, and connect with the culture and history of the region through its most noteworthy sights, like, for example, petroglyphic drawing on the right bank of the Chuya river or a mummy from the 5th century BC, known as the Altai Princess.

From May to October

Top 50 attractions of the Altai Mountains 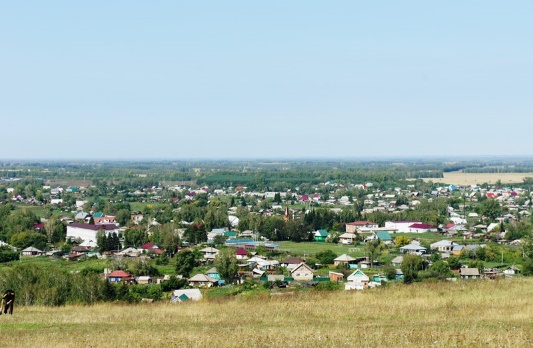 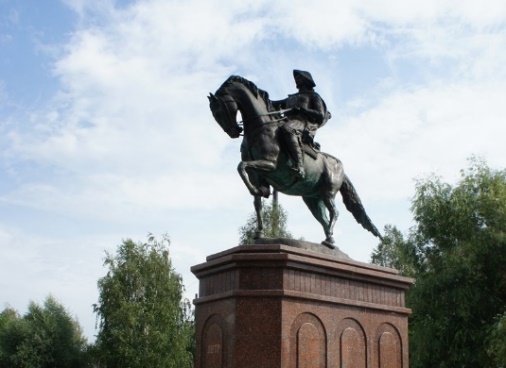 Early arrival to Barnaul. Meeting in the airport.

Biysk built by the decree of the emperor of Russia Peter the Great in the 18th century. Breakfast. Biysk now has the status of the City of science and it is the main gateway to the Altai Mountains. Walk through the old city streets, with a visit to the Monument to Peter I.

You will see the White Shaman, the Main Tambourine of Altai and the Golden Baba, a symbol of the well-being of the local indigenous people.

Visit to the mountain Picket, where the annual festival "Shukshin's Readings" is held.

Accommodation in a tourist complex. Ascent by chair-lift to the mountain Kokuya. Boat trip around the Teletskoye Lake.

Teletskoye Lake — the largest lake in Altai and one of the largest lakes in Russia. The maximum depth of the lake is about 330 meters. Local people called the lake Altyn-Kol, which means “Golden lake”. Many rivers and streams flow into the lake, but only one river — Biya — flows out. 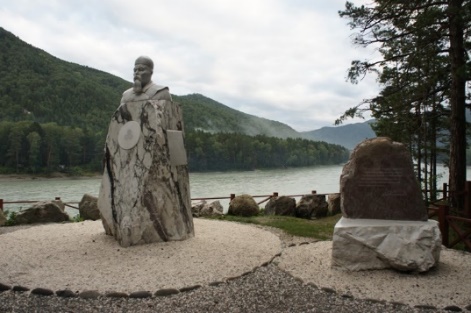 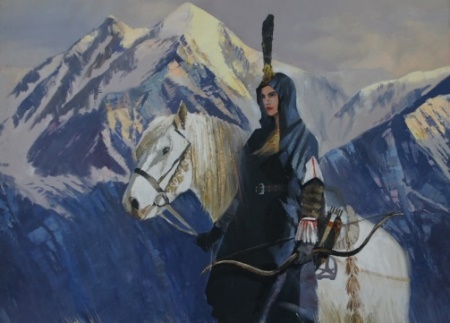 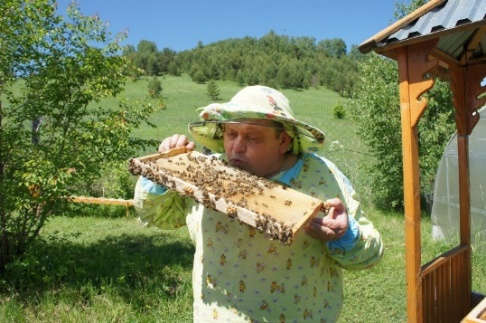 Excursion to the National Museum of the Altai Republic named after Anokhin.

The Museum has large ethnographic collections of Altaian indigenous people and also displays the unique artifact — the mummy of Princess of Ukok.

The Tavdinsky Caves are a mountain ridge, consisting of a large number of caves (about 30) of karst origin. The length of rocks with caves is about 5 km. The entrances to the caves are in steep cliffs, most of which are easily accessible thanks to wooden steps and lightning. Tavdinsky caves are known for the fact that at different times they served as housing for humans. During the excavations, pottery objects and other archaeological objects were found dating to the early Iron and Bronze Ages. At the beginning of the 19th century, the Old Believers lived here.

Excursion to the apiary, tasting of Altaian honey, sleeping on bee hives.

Social event “Leave your mark on Altai”. — construction of an ecological trail around the area of Estuba Valley. 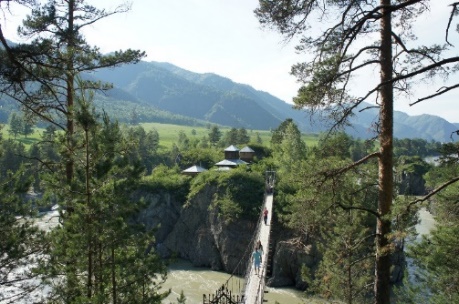 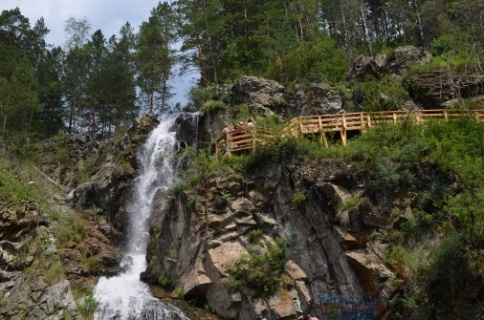 Chemal Hydro-Electric Power Station and Patmos Island are one of the most beautiful places in the Altai Mountains. The only way to the island is through the suspension bridge that connects rocks of the island with the rocks on the bank of the Katun river. There are a restored church commemorating St. John the Evangelist and the monastic cell of St. Makary Altaisky behind which you can see the rock with the indented image of Holy Mother. Another place of interest in Chemal is the Chemal Hydro-Electric Power Station. Walking there you can also see the sources of “live” and “dead” water nearby. In the summer time thrill-seekers are attracted by the “bungee jump”. 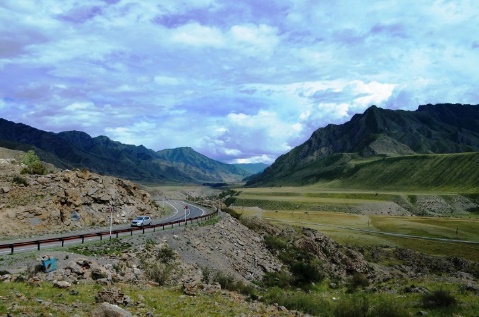 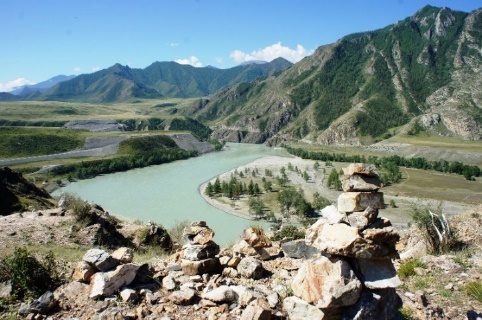 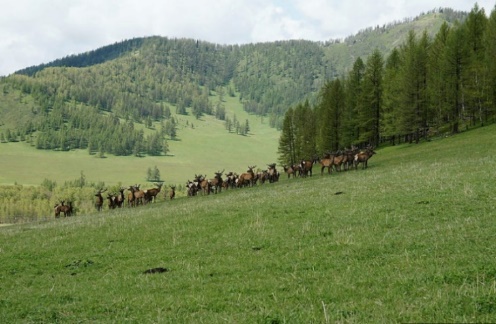 Excursion to the maral breeding farm Karim (25 km), acquaintance with noble animals — marals and learning about healing properties of their horns.

Excursion along the Chuisky tract to the Kurai steppe.

The history of the tract stretches back through centuries, when it was a pack road, a branch of the Great Silk Road, a “Chinese path”. The Chuisky Tract is included in the TOP-10 of the most beautiful roads in the world according to National Geographic. On the way we cross one of the biggest passes — Chike-Taman Pass, which in Altaian language means ‘Straight foot’. The pass has been known since 10th century. Now it is an abrupt serpentine road with the view point on the top. Visit to historical and cultural complex Chuy-Oozy.

Photostop in the Northern part of the Altai Geopark — the confluence of the rivers Chuya and Katun.

Halt at Kalbak-Tash mountain area for viewing the petroglyphic drawings (about 500 complexes, more than 5 thousands pictures). They had been made during the period from the New Stone Age to Turkic Age. The monument is situated on the right bank of the river Chuya. 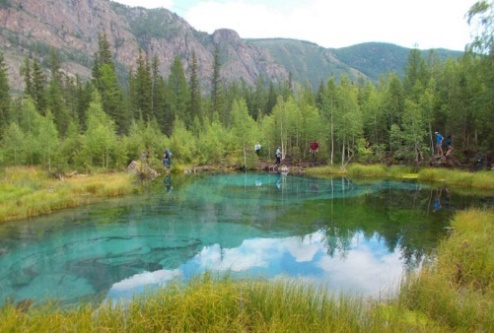 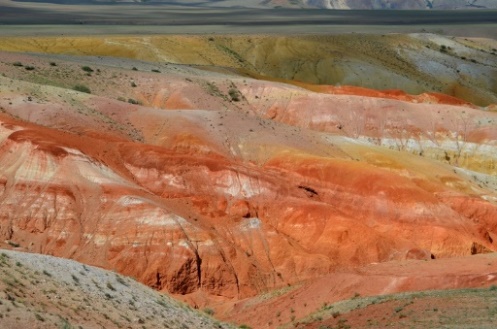 Photo session against the North-Chuysky ridge on the way. Walk along the «Martian» mountains and kanyons of the Kyzyl-Chin stream. Exits of multi-colored clays on the surface evoke the sensation of another planet. Photostop against the background of North-Chujski mountain chain.

Excursion to the Geyser lake — rare in its beauty and purity.

The lake is nonfreezing even in the winter time. It is an “earth eye eternally watching the space” that has amazing turquois сolour. You can see the round or oval blotchiness on the mirror surface of the lake that reflect the processes that happen at the bottom, where geysers come to life and spurt out the mixture of bluish clay and sand to the surface.

Dinner cooked on the fire. 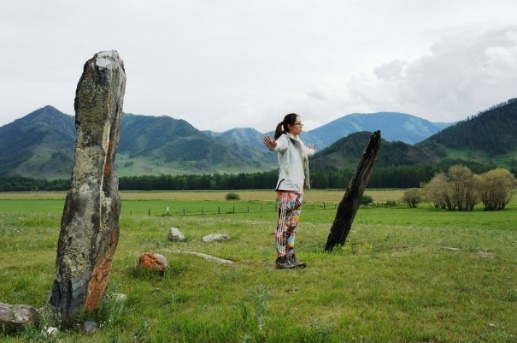 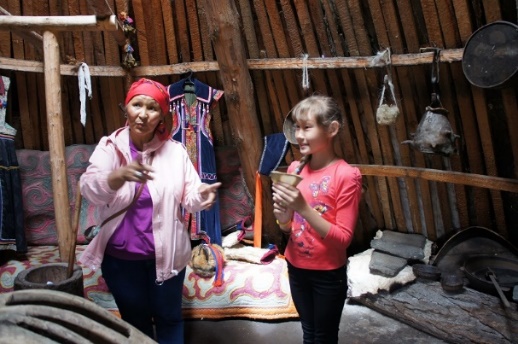 The folklore program: a unique throat singing and playing on national musical instruments. 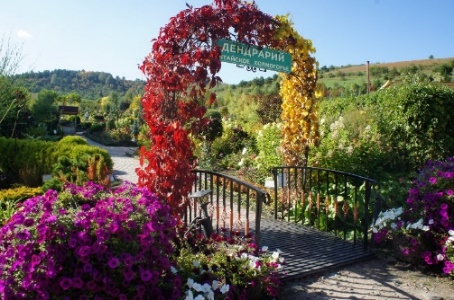 Visit to the arboretum “Kholmogorye” — a very popular park among eco-tourists.

A walk among deciduous and coniferous greenery, decorated by landscape designers is the best rest from the hustle and bustle. Gastronomic show. All products have the status of “environmentally friendly”. For example, flour is made of grain grown in park's own fields, where chemical fertilizers have never been used. Fresh meat and fish are bought from farms at the Altai foothills.

The resort is known for its healing air and radon-containing springs. Sightseeing excursion around the city.

Russian sauna in the complex Altai Sandunys. A visit to the bath is a special ritual. After a hot steam bath, you can plunge into the ice plunge tub, and then rejuvenate in a hot tub in a decoction of oregano, eucalyptus and chamomile. 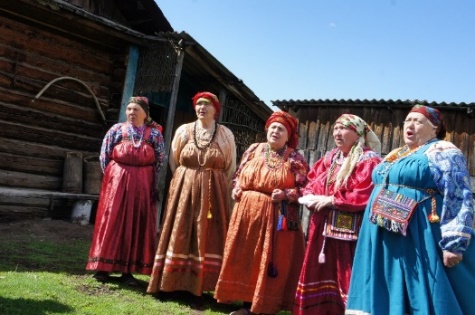 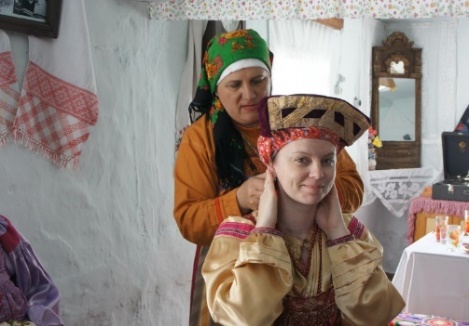 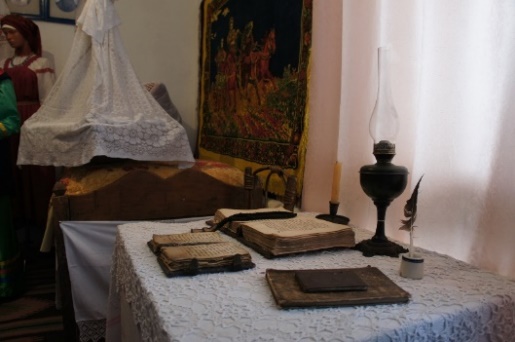 A visit to a small goat farm where stunning cheeses are made of goat and cow milk.

Transfer via Denisov cave — the unique archeological monument of world importance, where the fossilated finger bone of unique human type was found.

Named after the cave — Denisov man — this human is different from bot Neanderthal man and Cro-Magnon man as well as from modern human.

A captivating visit to the local museum in Sibiryachikha village with stepping into everyday routine and traditions of peasants who were back settlers. You can also try on traditional costumes of old-believers. The ceremony of fiancee “twisting off” (part of traditional wedding) of old-believers takes place in stylized house. Guests are invited to play the roles of bridegroom, fiancee, their parents and friends. Traditional wedding cuisine will impress all guests by originality and diversity of tastes. The exact copies of traditional costumes, songs and games produce effect of time journey. 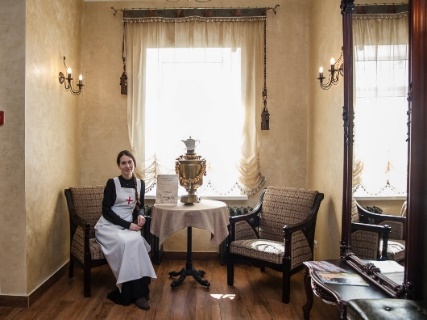 Accommodation in a hotel.

Walking tour around Barnaul “Old Town” with a visit to the observation deck in Nagorny Park, quay, Barnaul Arbat.

* The program is preliminary. The organizers reserve the right to replace the excursion blocks with similar ones, without changing main waypoints.