Tours to Lake Baikal are for those who want to escape the stress which comes with modern civilization and appreciate the beauty of nature with its wealth of wildlife. Baikal's landscapes boast astonishing colors at any time of the year, making a winter trip to the lake not less memorable or adventurous. The winter climate is not as severe here as in other parts of Siberia and the lake enjoys plenty of sunshine even when the temperature drops below zero.

The program is preliminary. The excursion blocks can be replaced with the similar ones, without changing main waypoints. 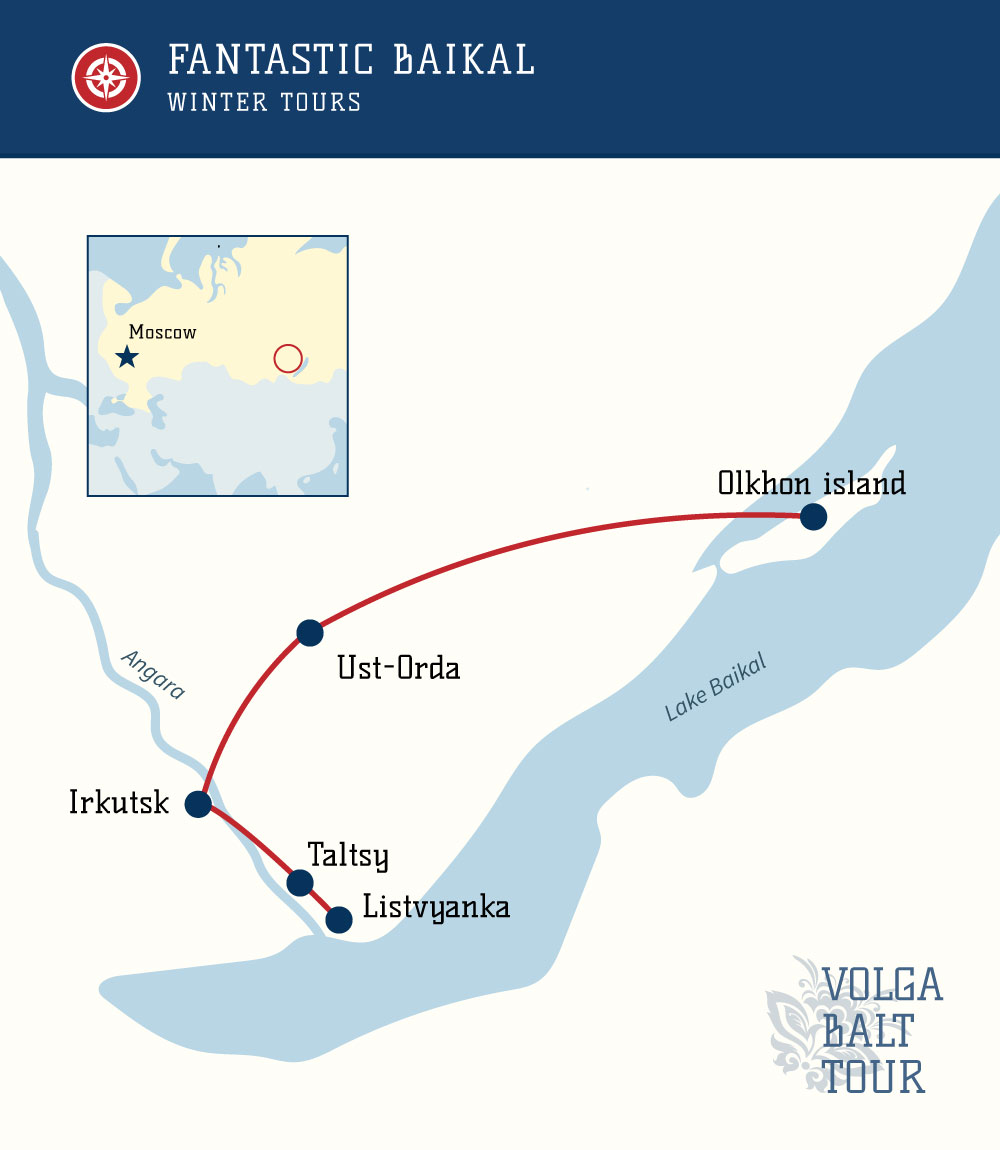 The map is given as example. The final itinerary is subject to reconfirm while making reservation 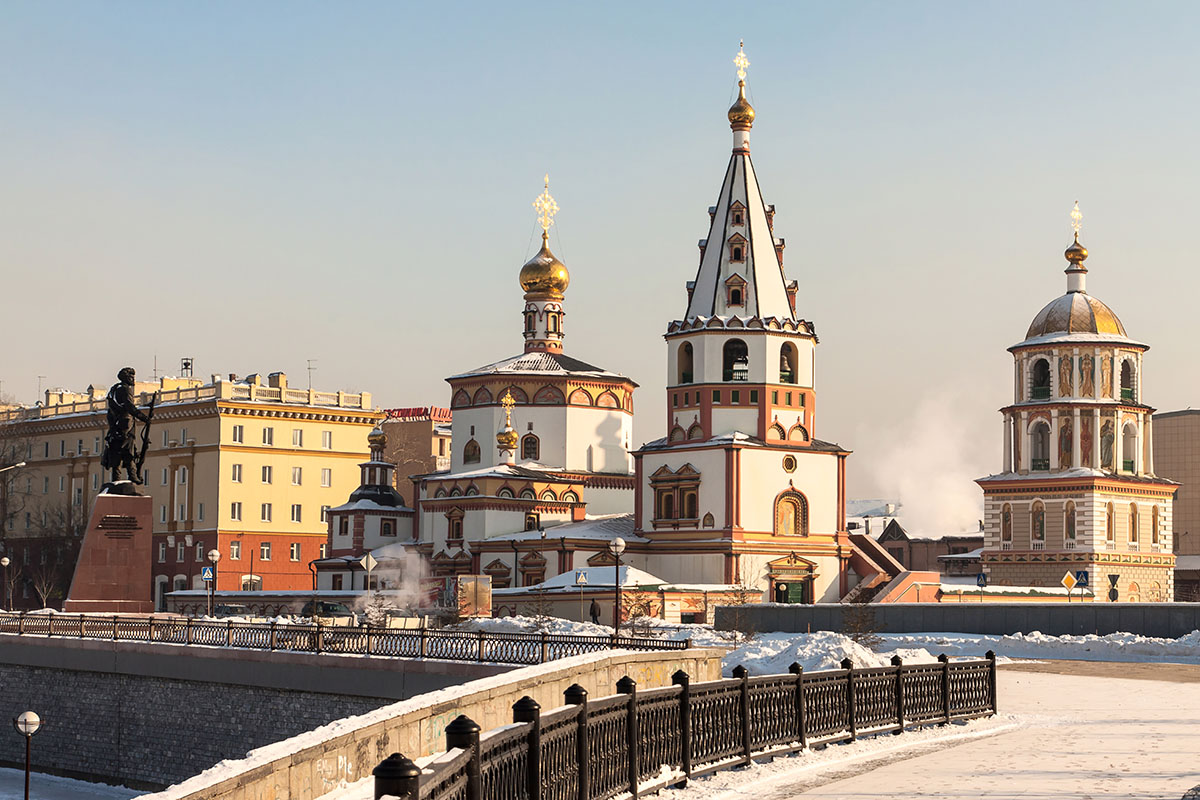 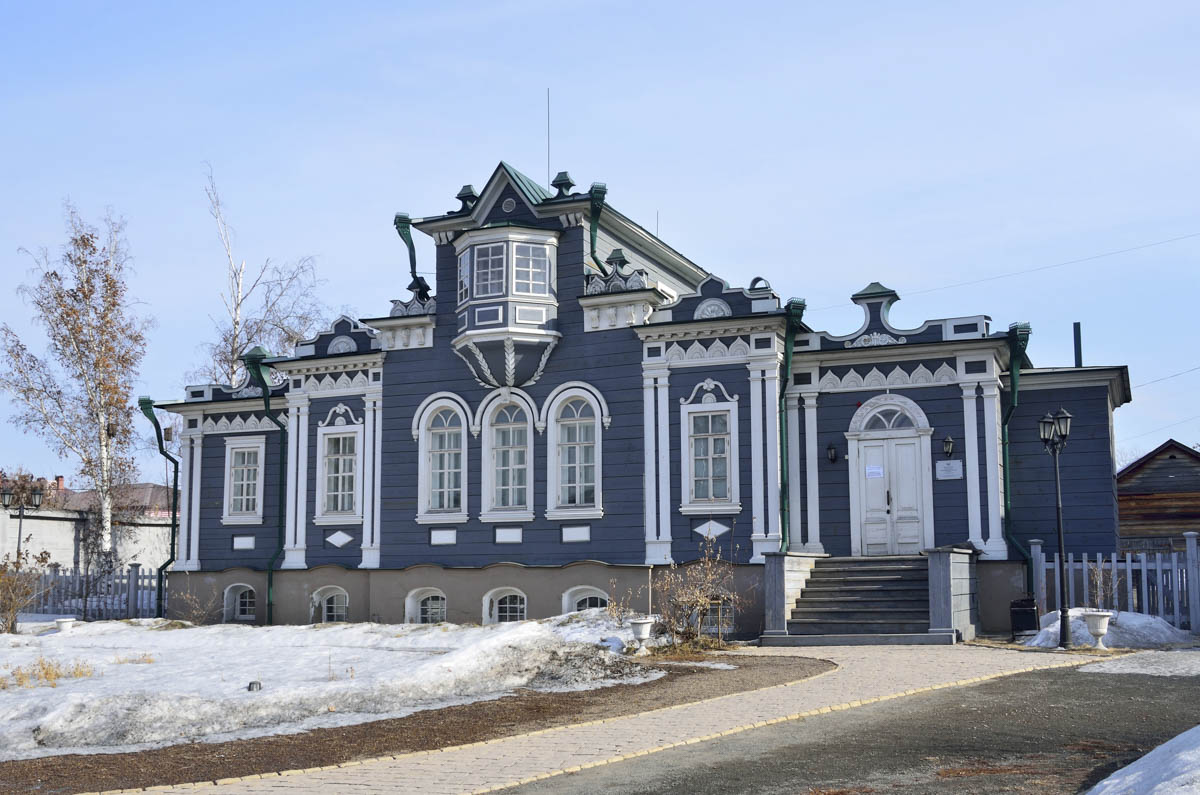 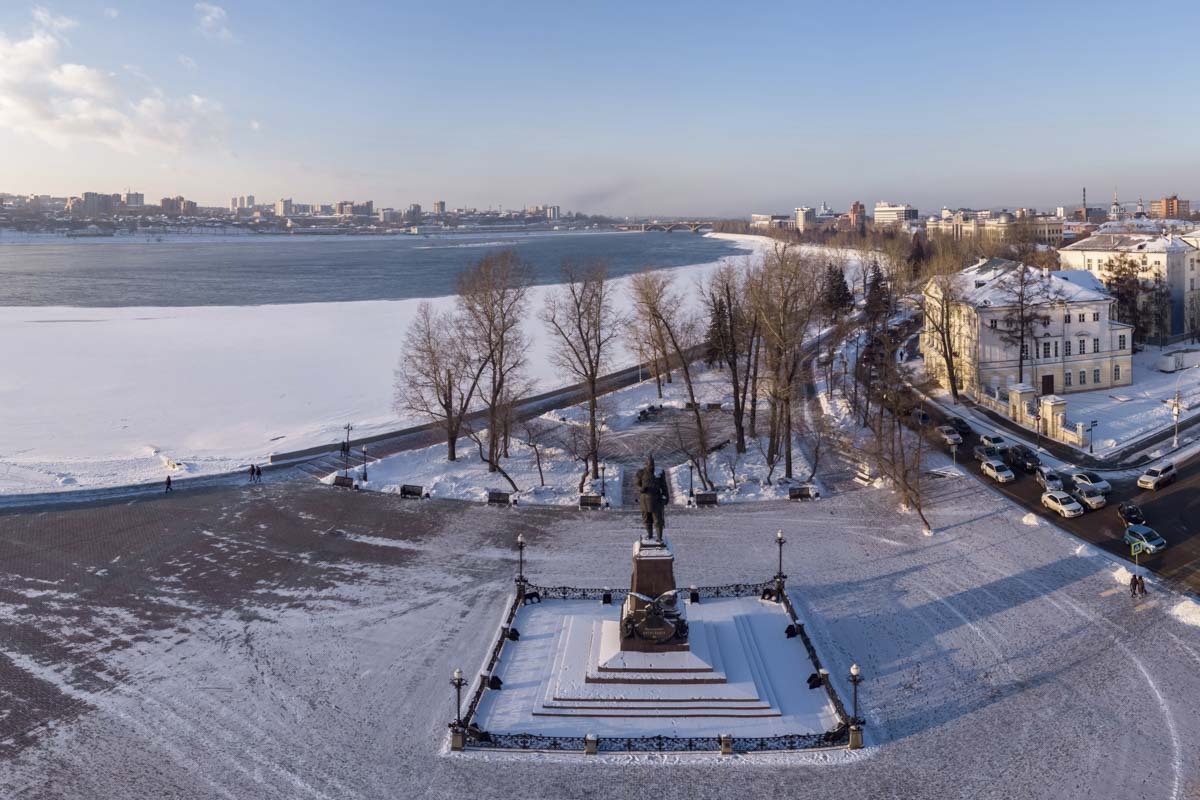 Early arrival to Irkutsk. Meeting at the airport (or at the railway station). Transfer to the hotel.

Irkutsk is a large city in Eastern Siberia and the administrative center of the Irkutsk region, located on the bank of the Angara river. Irkutsk is traditionally considered as the cultural capital of Eastern Siberia: the city has more than 80 cultural and art institutions, including theaters, museums, libraries, art centers, concert and exhibition halls. In addition, Irkutsk is included in the list of historically populated places with preserved planning and development, there are about 685 historical and cultural monuments in the city. You will not find such wooden architecture as in Irkutsk in any corner of the world. A tour of memorable and historical places will acquaint you with the history of the Irkutsk prison, the central part of the city, will tell you about architecture and wooden architecture, outstanding figures of history and culture of Russia, whose life was inextricably linked with Irkutsk. 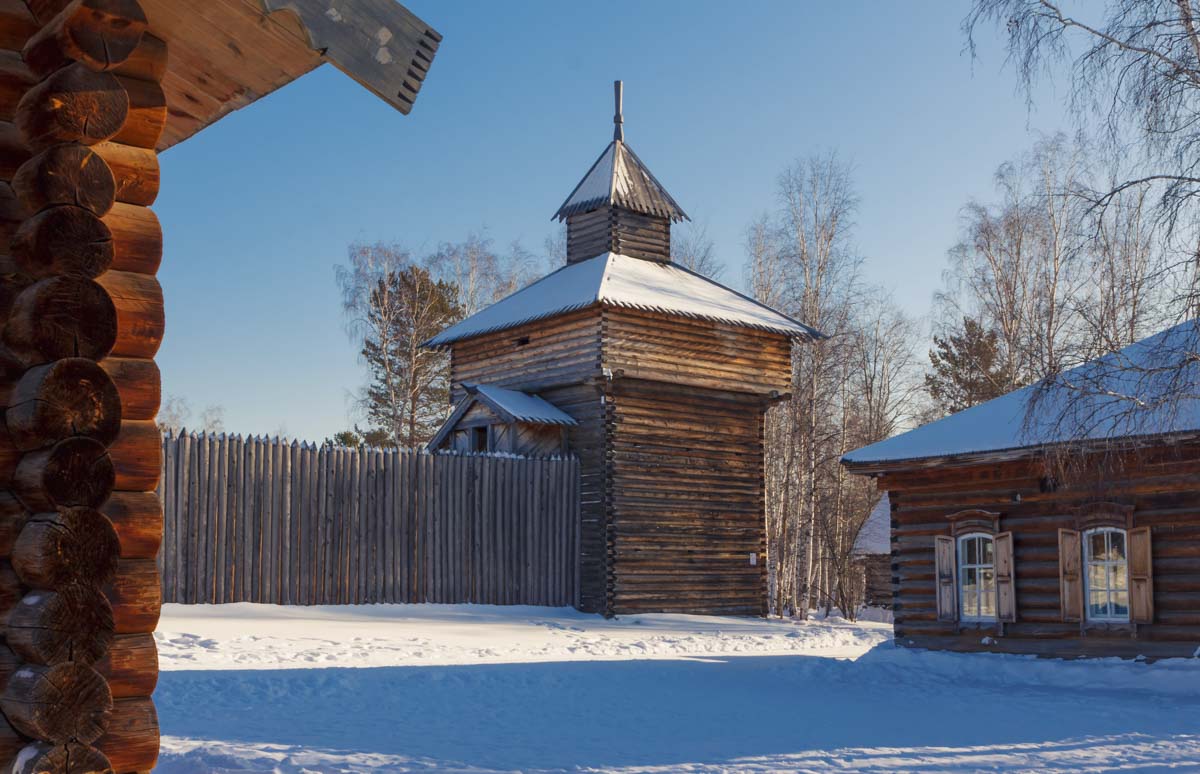 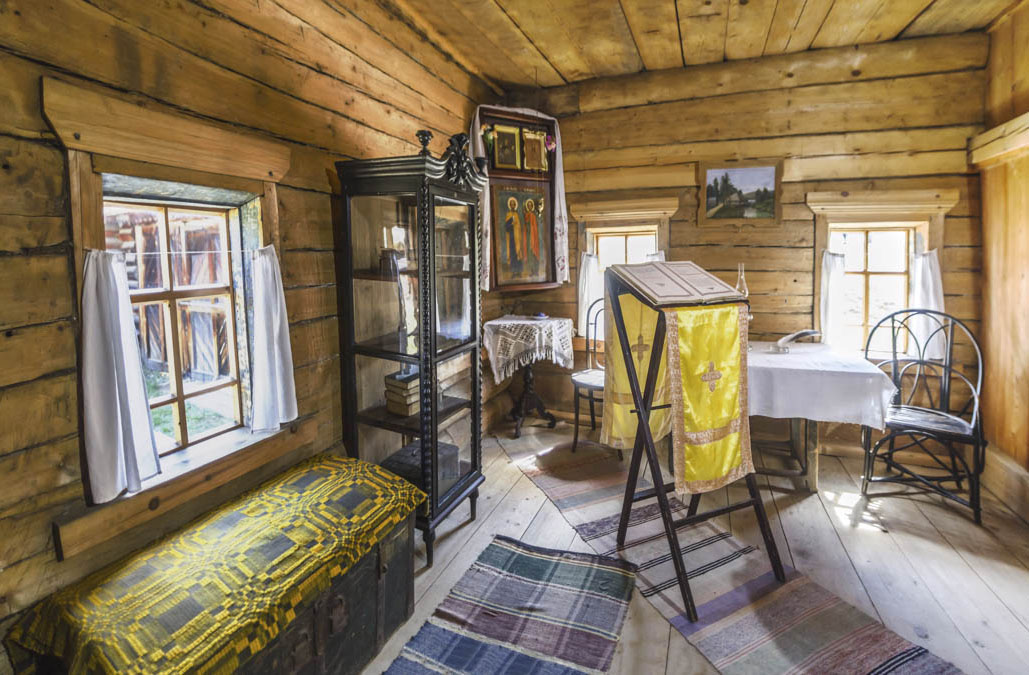 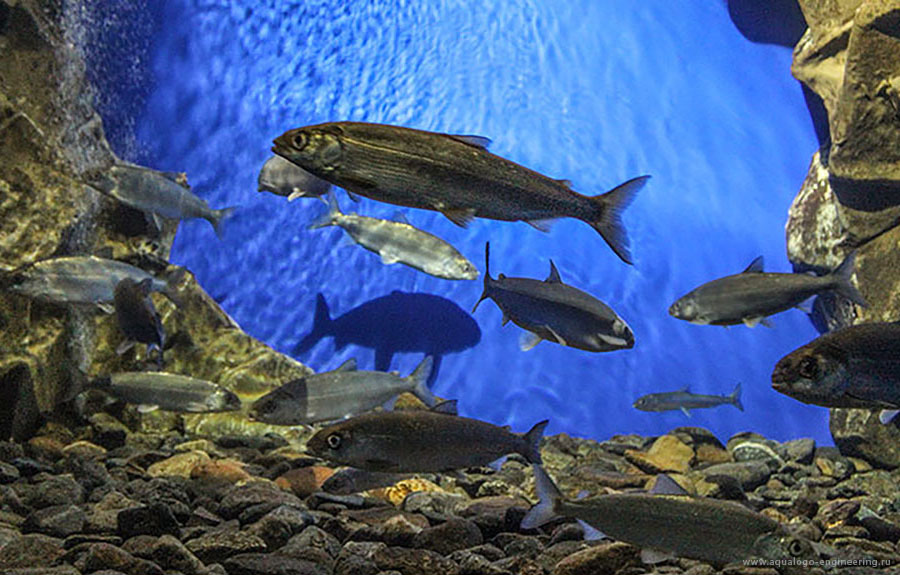 Breakfast in hotel, check out.

The Taltsy Museum was started in 1966 by Irkutsk scientists in order to preserve the monuments of Siberian wooden architecture. The basis was made up of wooden buildings saved from the territory of the Ust-Ilimsky reservoir, which threatened to flood a number of territories. Now in "Taltsy" there are more than 80 wooden buildings, which are equipped with 17 thematic expositions. A part of museum on the bank of the Angara river is given to indigenous peoples. There are Buryat ulus and yurta, fishing nets and tarred boats, Evenk and Tofalar camps are recreated. 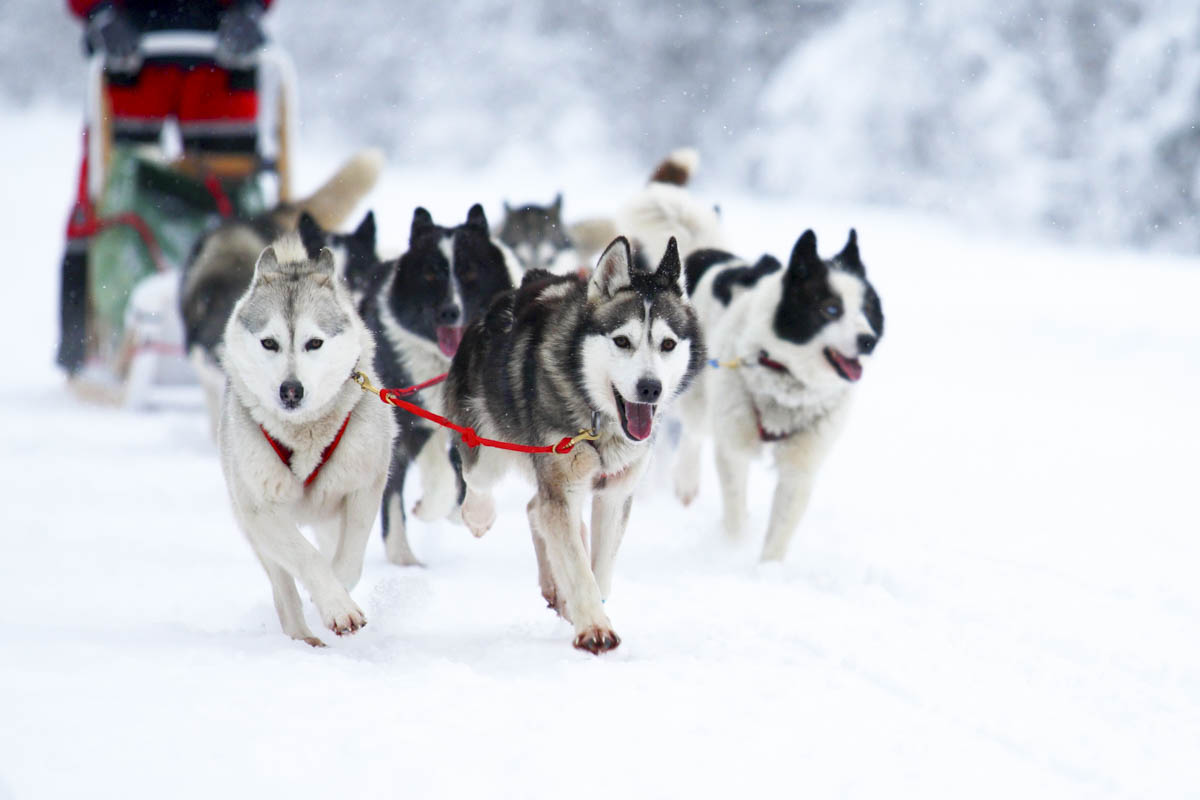 Climbing the cable car to the Chersky Stone.

Excursion to the Baikal Museum.

Visit to the Baikal Museum – the only Museum in Russia with an exhibition fully dedicated to lake Baikal. The Museum presents samples of bottom sediments and Baikal minerals, as well as various exhibits found during scientific expeditions. In a separate hall there are aquariums with live inhabitants of lake Baikal – gobies, coat-of-mail shell, omul, grayling, sturgeon, and, of course, Baikal seals. During the tour, the film "The Well of the planet" is shown with unique underwater filming at the maximum depth of lake Baikal – 1637 m. 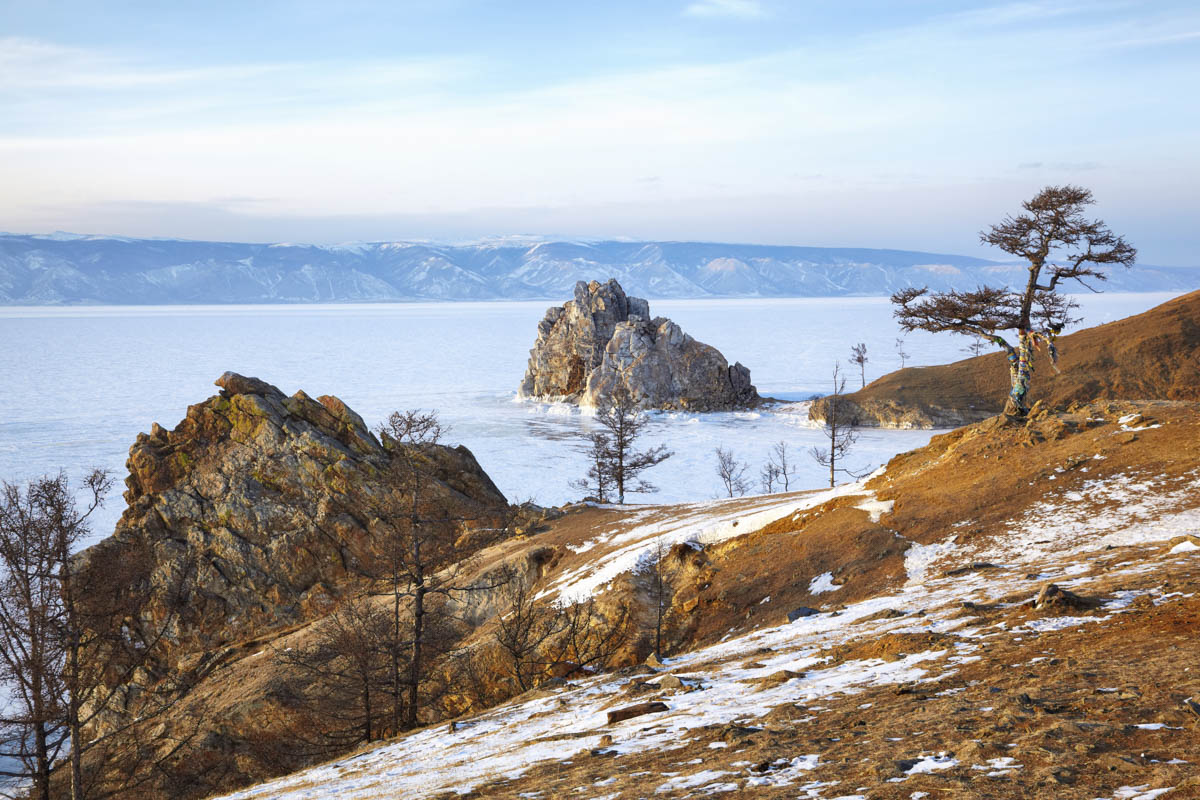 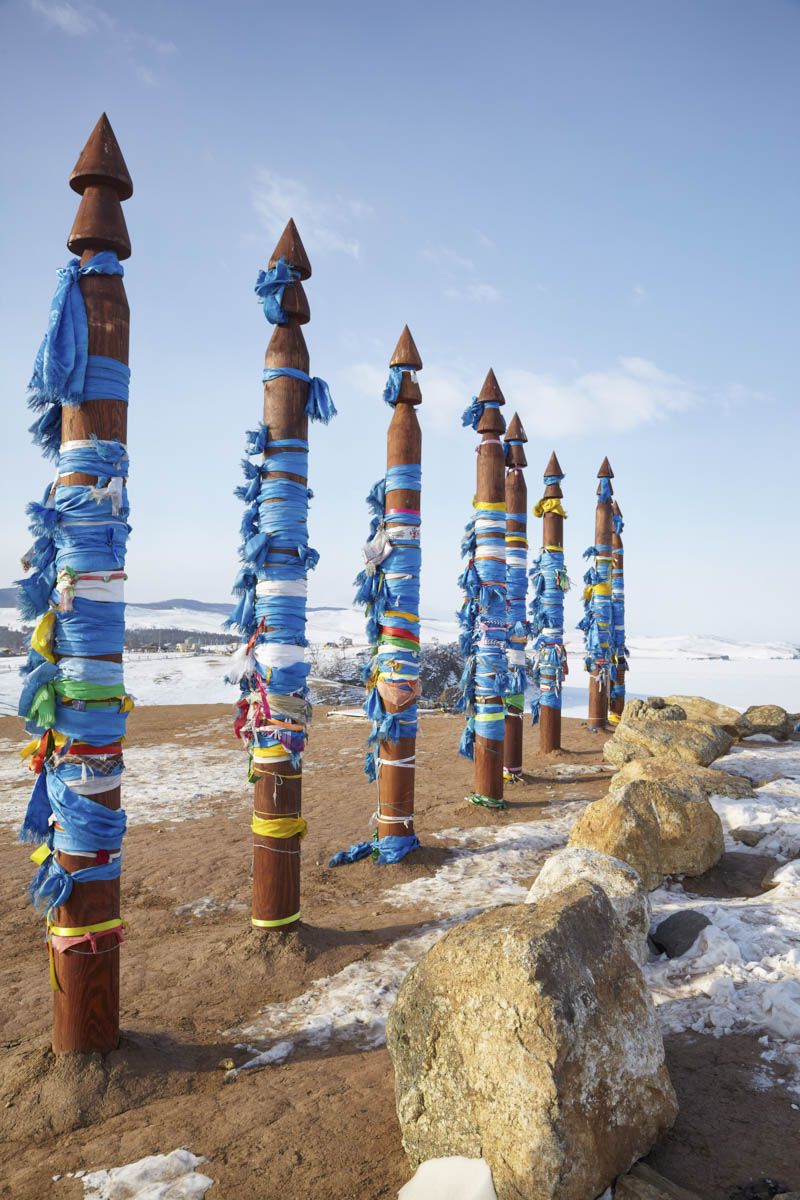 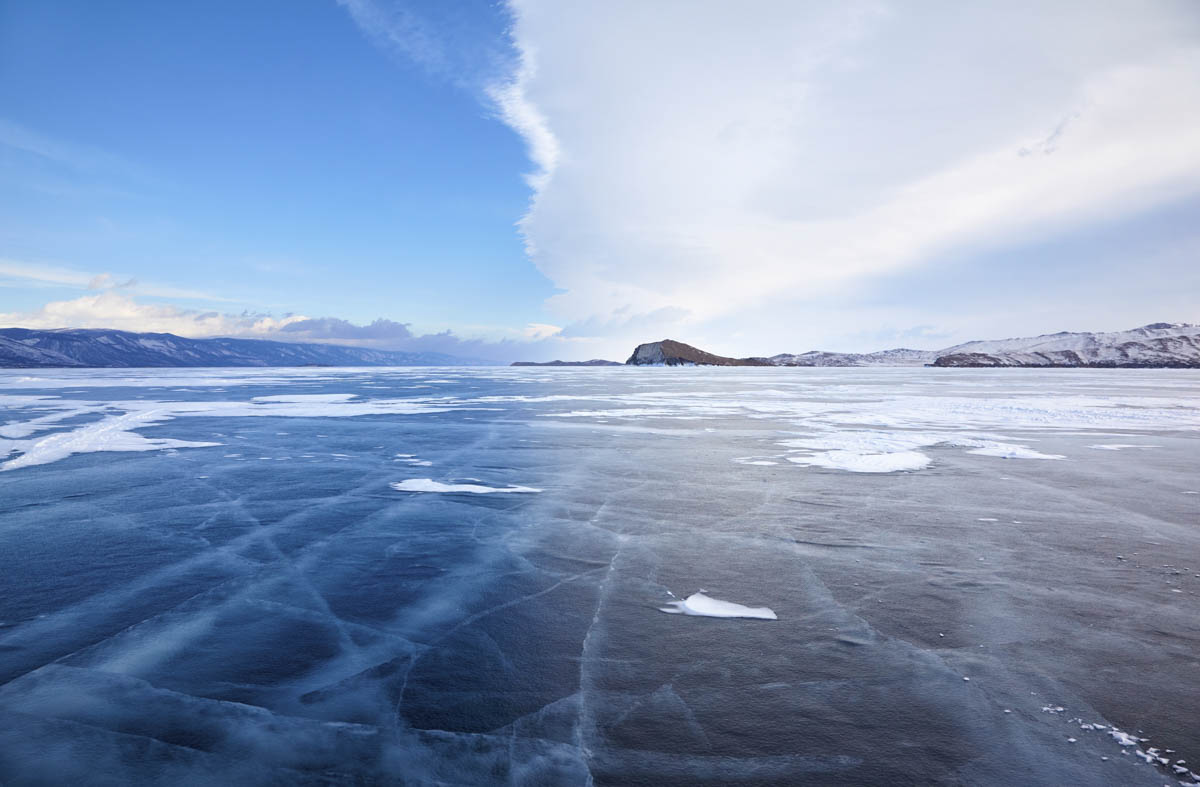 Expedition trip on the ice of Lake Baikal to Olkhon Island on a hivus (hovercraft) – 10 hours from south to north. On the way – visit to Peschanaya bay.

Olkhon is the largest and the only one inhabited island on the sacred lake Baikal. Every square kilometer of the island contains sacred writings and a rich history. During the 10-hour trip from Listvyanka, the road will run along the ice of lake Baikal – on the one hand bordered by an incredibly beautiful snow forest and fascinating cliffs, and on the other – by the endless white expanses of the lake and mountains.

Along the way, you will make a stop in the Peschanaya (Sandy) bay, perhaps the most famous bay of lake Baikal. The Bay is located between the slopes of the Primorsky ridge, so you can only get here by water or by air. On both sides it is surrounded by picturesque rocks Bolshaia (Big) and Malaya (Small) Bell Towers. Here you can see the famous "stilted" trees – ancient pines and larches with naked roots of bizarre shapes that grow directly on the sand. You will also learn about the favorite tradition of Baikal travelers – "burhanit" and taste Baikal in the famous Baikal cocktail! 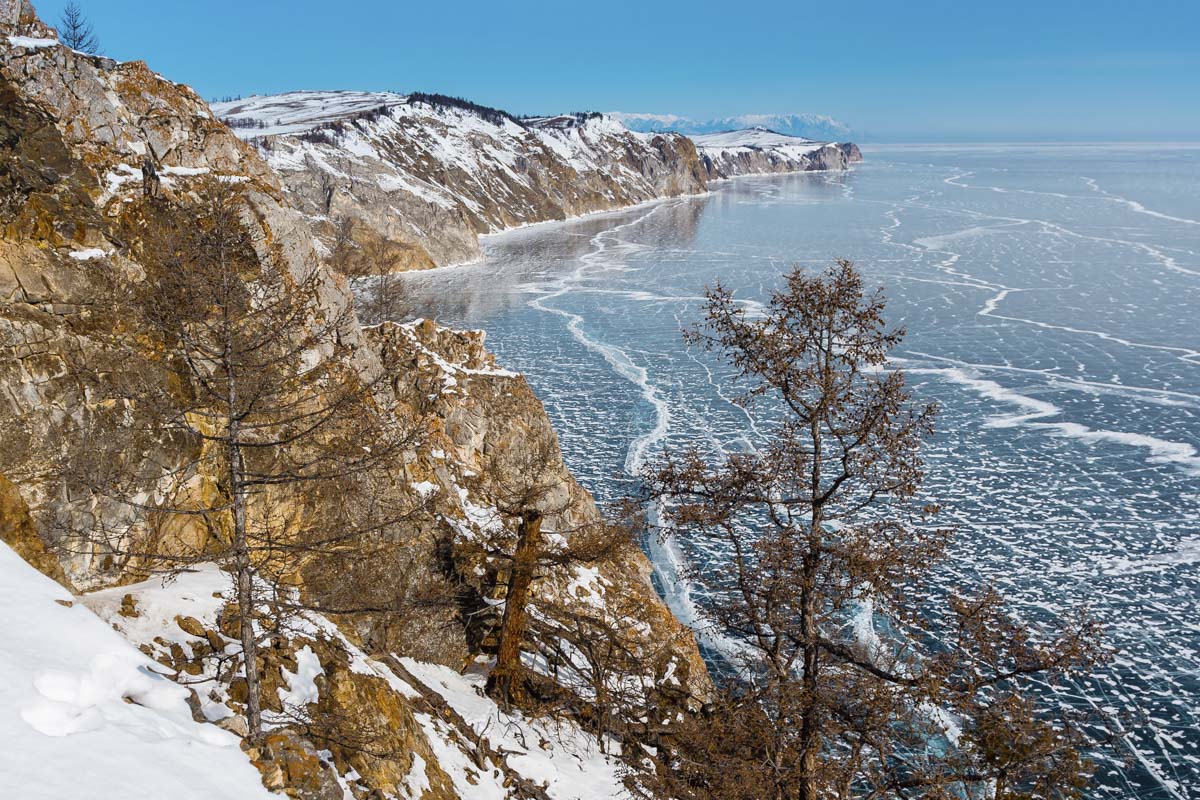 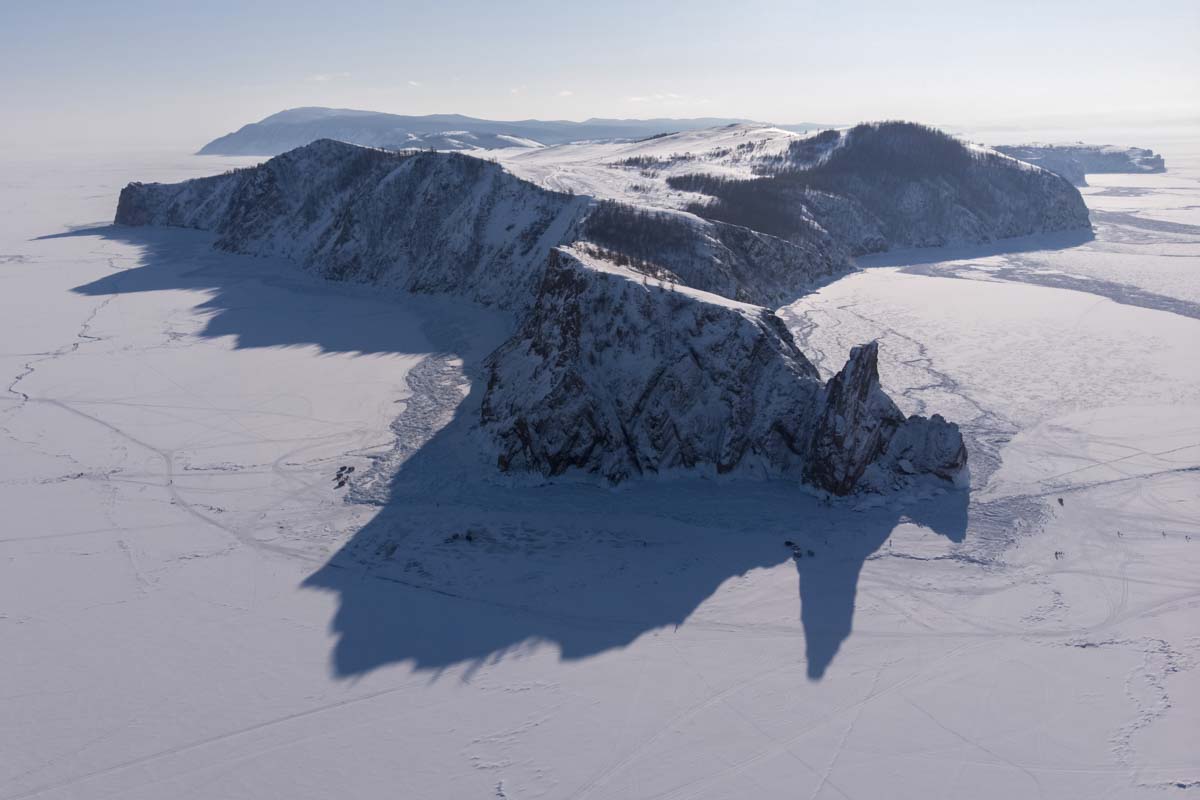 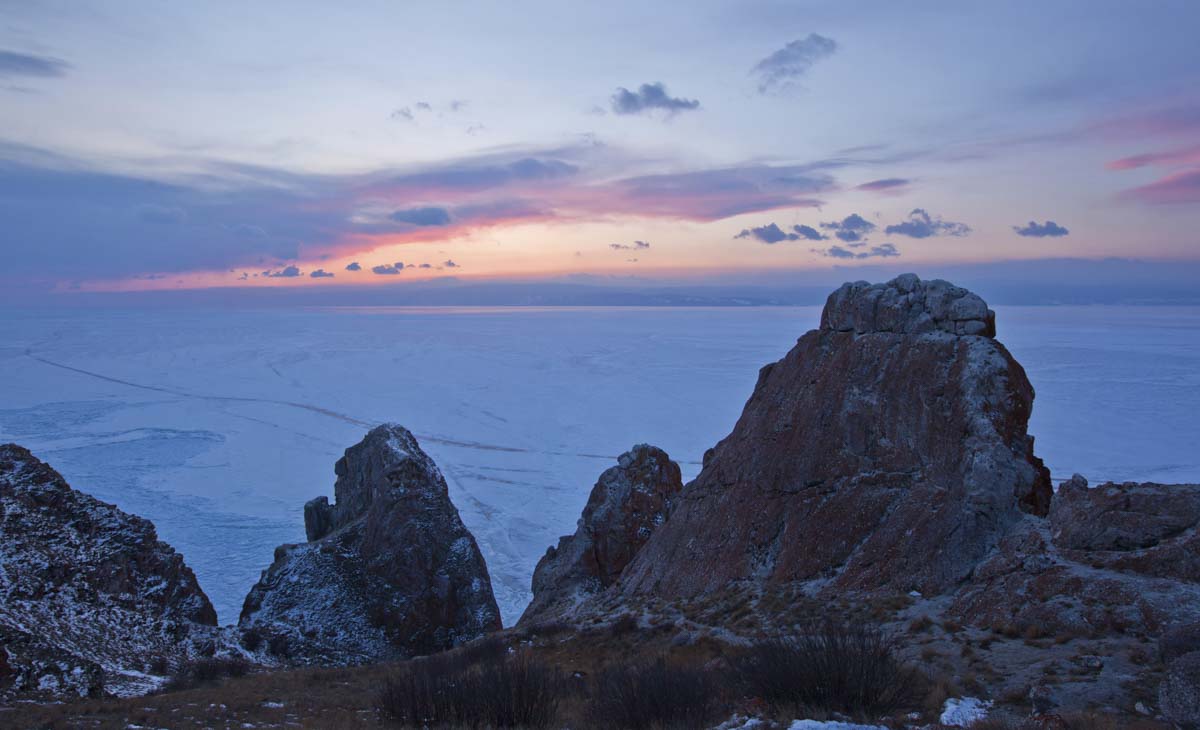 A trip on UAZ off-road vehicles along Olkhon island to the Cape Khoboy.

Cape Khoboy – the northernmost point of Olkhon island, the place of confluence of the Small and Large seas of lake Baikal, is located near the widest point of lake Baikal – 80 kilometers from here to the Eastern shore! Cape Khoboy is a famous "place of power" – according to legend, it was here that the first Buryat shaman found his power. The excursion to Cape Khoboy takes place directly on the purest ice of lake Baikal. Along the way, you will stop at the most interesting places: you will look into the ice caves and take stunning photos near the ice splashes, you will be able to see the face of father Baikal on the slopes of the Primorsky ridge, to admire the three brothers whose silhouettes were immortalized in stone by the mighty and just father, to make a wish on the rock of Love and also to taste soup prepared according to an old Buryat recipe. 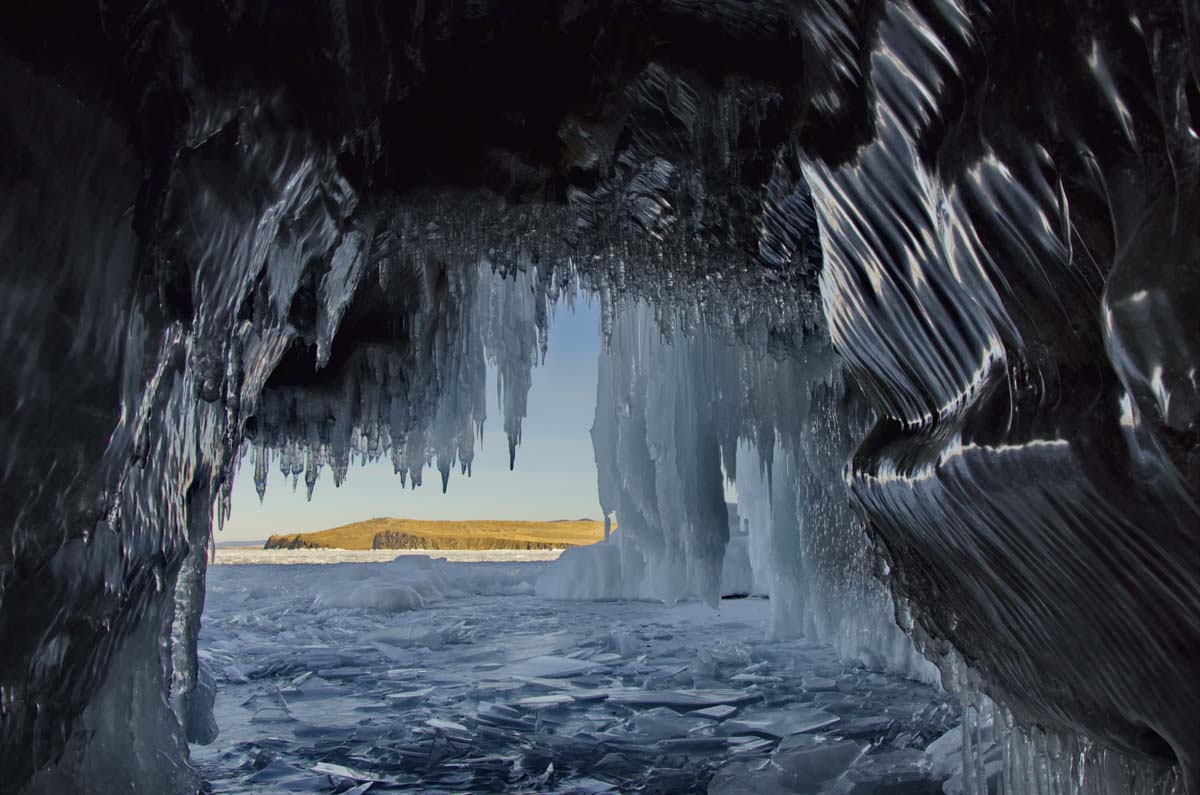 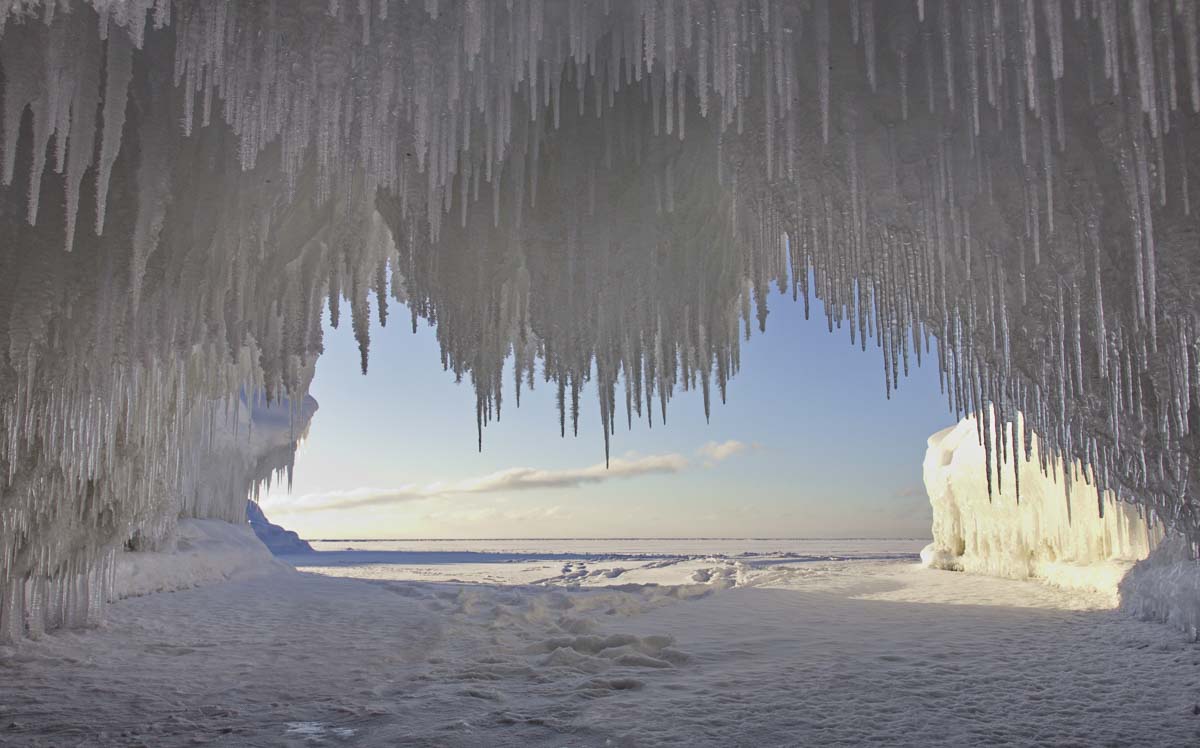 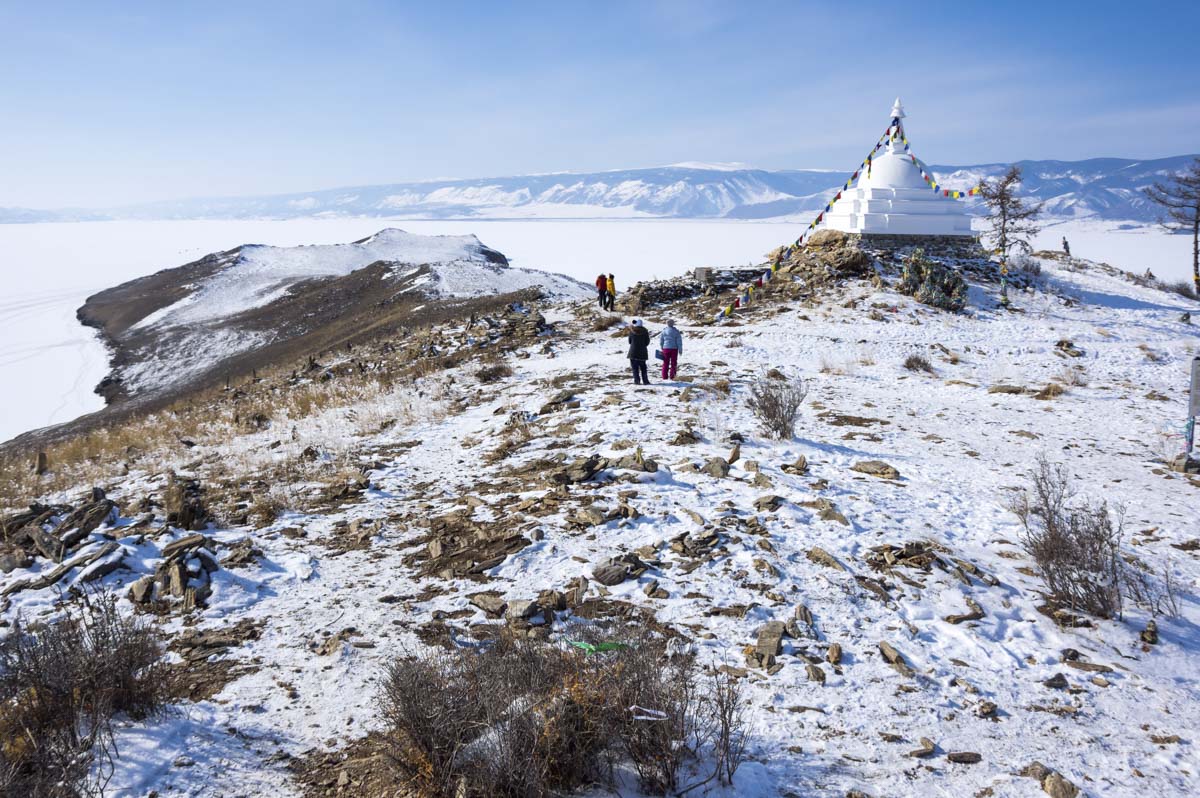 A trip on UAZ off-road vehicles to Ogoy island, visit to the other islands of the Small Sea Bay with ice grottoes and capes.

From Olkhon and the shores of the Small sea, it is impossible not to notice a snow-white stone contruction located right in the middle of the Baikal waters – a Buddhist stupa. It is located on the Ogoy island, its full name is the Stupa of Enlightenment, the Conquest of demons, containing a statue of the Female Form, the Mother of all Buddhas Troma Nagmo. Ogoy island is another of the sacred places on lake Baikal, the "place of power". During the tour, you will also visit other Islands of the Small Sea Bay, their ice caves and capes. 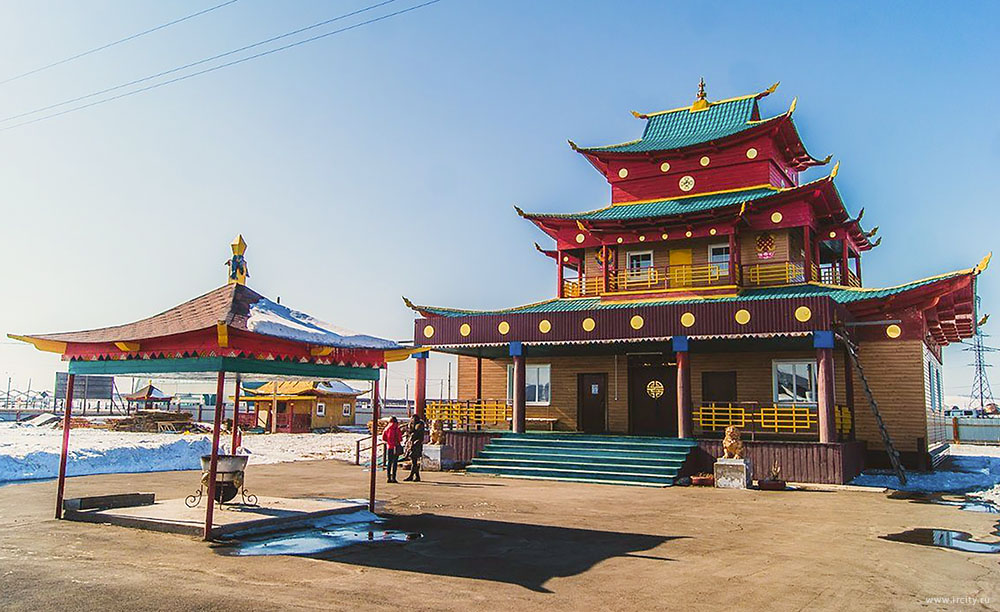 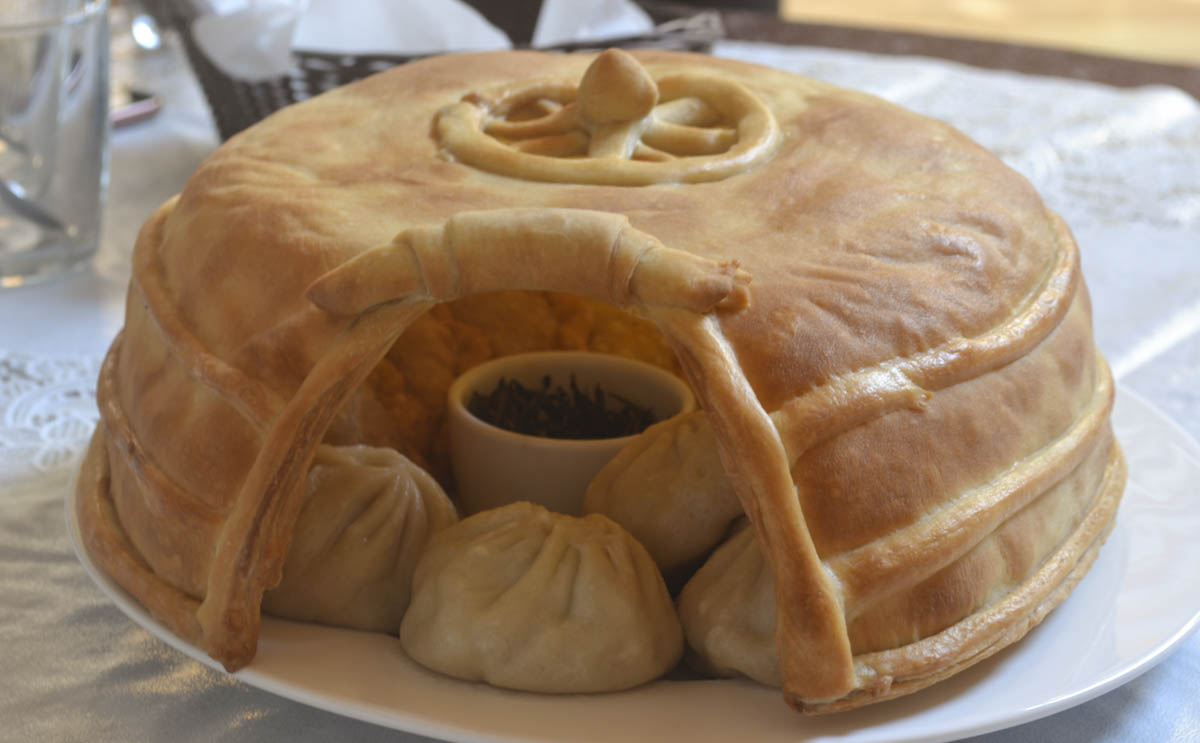 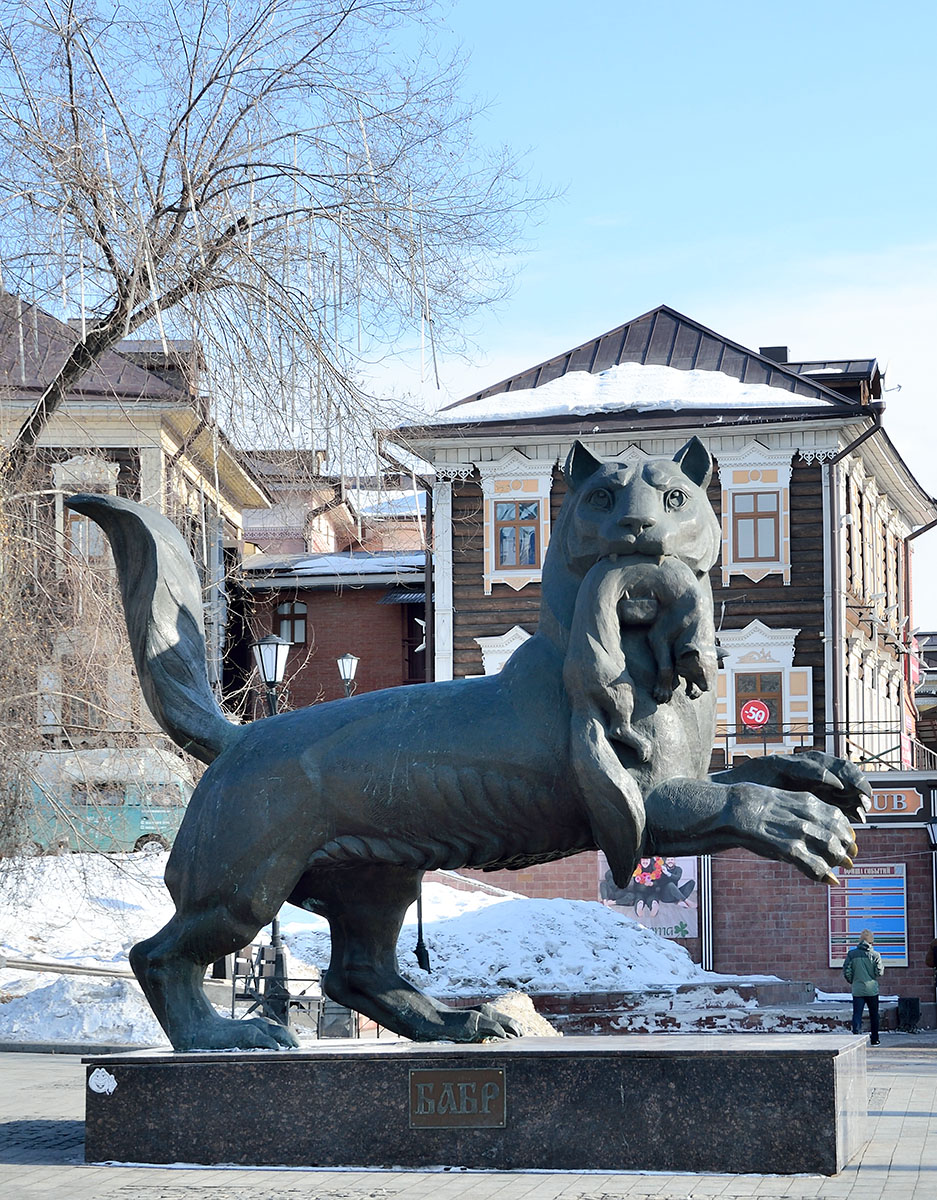 Visit to the ethnopark Golden Horde.

Ust-Orda (Ust-Ordynsky) is a settlement in the Irkutsk region, with a population of approximately 15 thousand people. The Buryats are one of the most numerous peoples inhabiting the territory of Siberia. Ust-Orda district is interesting because of the fact that the basics of traditional Buryat culture are passed down through generations. Their whole life was connected with lake Baikal, which is reflected in Buryat legends, rituals and customs.
During the visit to the Golden Horde ethnopark, you will get acquainted with Buryat local folklore, national games and shamanic rituals, and try dishes of national Buryat cuisine. You can also get acquainted with the ethno-cultural identity of the indigenous population, carefully preserved by the Buryat people for centuries in the yurtas of the ethnopark, including the most beautiful carved yurta in Russia made of precious wood.

Walking tour along the Irkutsk settlement (the 130th district).

For the 350th anniversary of Irkutsk (in 2011), the city authorities recreated an entire historical quarter, including several dozen monuments of architecture and history of the city. Now they house museums, blacksmiths and potteries, souvenir shops, cafes, restaurants, etc. At the entrance to the quarter you will be met by a monument to Babr – the symbol of the city, with an interesting history of the origin of which you will get acquainted! 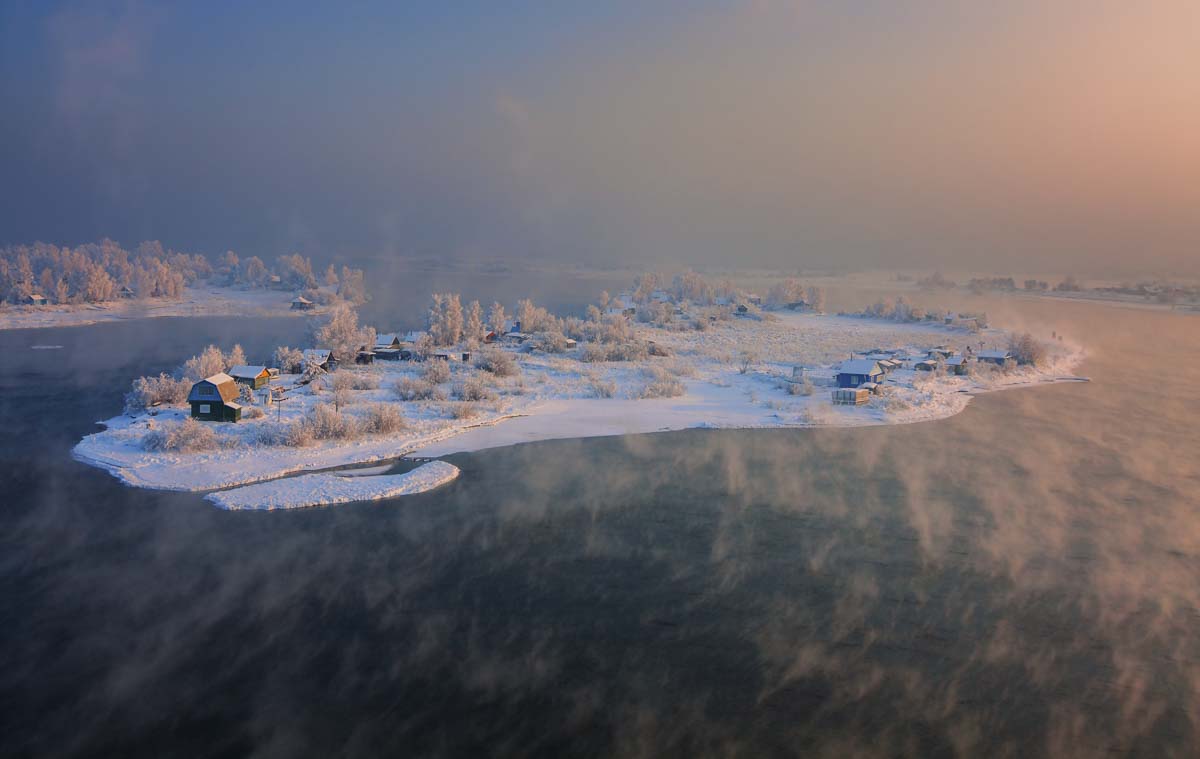 Transfer to the airport (or railway station).

Supplementary (for pre-booking only):